The Killer and I: Horror Can Be Hilarious

Who would have thought Kane Hodder's most intimidating role was going to be traveling the world with this author?

Reviews
TV
The Killer and I
Books

The name Kane Hodder is synonymous with horror. Having successfully portrayed two beloved characters of the genre, namely Jason Voorhees and Victor Crowley, you wouldn’t expect Kane to show a side of him that doesn’t involve killing and terrifying people. However, thanks to The Killer and I, released on January 13th, 2015, you see a comedic, and at times even vulnerable, side of Hodder. The hilarity ensues as he and author Mike Aloisi travel the world promoting his biography Unmasked: The True Story Of The World’s Most Prolific, Cinematic Killer.

The video was released four years after the published journal documenting the making of Kane’s biography. At first glance, you think with how mismatched this duo is, could it actually work? Shortly into the first episode, their chemistry alleviates any doubt that these two can entertain the audience by just being themselves. It’s apparent that not only do they respect each other, but they both enjoy the merciless teasing they inflict on each other in the episodes.

The audience gets some magical moments at Kane and Mike’s expense. The fearless stuntman and the apprehensive author complement each other perfectly. Throughout the videos, 13 episodes in total, they challenge and prank each other all while having a great time traveling the country and overseas to promote their book.

Each of the 13 videos average 10 minutes in length. These are not big-budget clips. In fact, the episodes are filmed primarily on hand-held cameras and are actually edited by Kane’s son, Reed. They include goofy subtitles, cheap graphics, minimum sound effects, and amusing outtakes. Episodes 1 through 12 feature adventures in Oklahoma, Las Vegas, Colorado, Germany and Scandinavia. The 13th bonus episode is a compilation of clips that contain some of the funniest moments on the DVD.

The majority of the episodes find Kane and Mike engaging in games or activities which see them betting each other over crazy consequences for the one that loses. Fortunately, we do see Kane lose the odd bet and get to see him pay up. This further reinforces your admiration for the hulking horror icon who indeed has a playful human side, willing to face mild humiliation for the sake of the viewer’s entertainment. Kane pushes the accident-prone Mike to attempt activities which ultimately results in hilarious predicaments for the author. Whether they are bowling, golfing, at a shooting range, even at a spa, Mike and Kane will have you in stitches throughout the whole episode.

If you’ve been a fan of Kane since his rise to fame after putting on the hockey mask for the first time in Friday the 13th Part 7: The New Blood, or having the opportunity to meet him at conventions, then you already know he can be quite the prankster. Throughout the episodes, the two push each other to face their fears, more so with Mike, who seems to be afraid of pretty much everything that Kane wants him to do, but it’s this mutual taunting that supplies the laughs for the viewer.

The DVD also includes a photo gallery with images from their travels and adventures, book covers, DVD covers, trailers, and even commentary by Mike and Kane for two episodes, the 1st and the 11th.

The quick-paced episodes keep you entertained from start to finish. They don’t drag or give you time to lose interest. You get to see a more human side of this horror legend. The outtakes were sometimes funnier than the finished scenes and the addition of titles throughout added to the humor. It didn’t feel scripted, whether it was or not, and the fact that these guys, especially Kane, didn’t mind looking foolish at times, makes you admire them even more. The quirky soundtrack, sometimes crude comments, "men being men" actions round out this collection of episodes. The photo gallery is a great addition as well as all of the bonus material.

Content-wise, I can’t really find anything negative to say, except I wish there was more. However, the DVD setup is another story. Accessing the bonus material and menus were frustrating at times. The lack of a pointer or highlighting when an item is selected was confusing. Including an option to play all episodes would have come in handy as well, considering the difficulty of maneuvering through the menus. The audio during the commentary for two episodes was extremely low and muffled. You could barely hear Kane and Mike speak.

The Killer and I is a must-have if you are a fan of Kane Hodder, and needs to be in your collection. While you won’t hear any personal or Friday the 13th stories, you definitely get to see a side of Hodder you might not get to see anywhere else. You witness rare moments of Kane just being himself and having fun, sometimes at the expense of others, but I personally found it amusing to see him doing things outside of his comfort zone. Besides, did you ever think you would get to witness the Kane Hodder in a bubble bath wearing nothing but a shower cap? Now you can, thanks to this series. 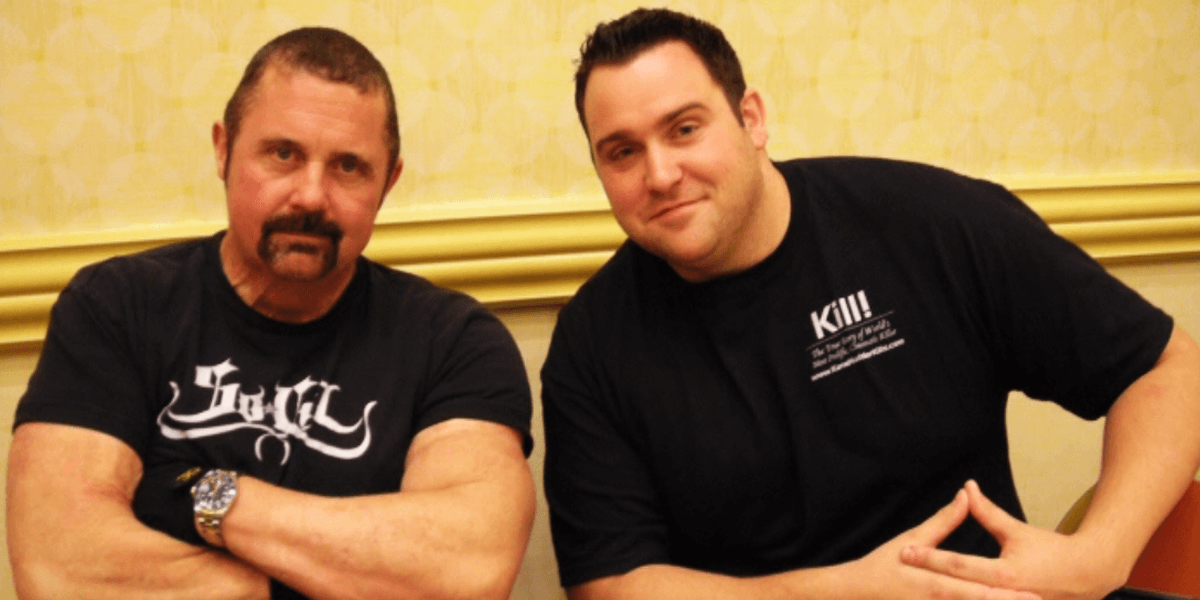 The "odd couple of horror" is back and offering fans the chance to appear in future episodes.