Daymare: 1998 is a Dream Come True for Old-School Horror Gamers

This title comes from the team previously working on the unofficial Resident Evil 2 remake. 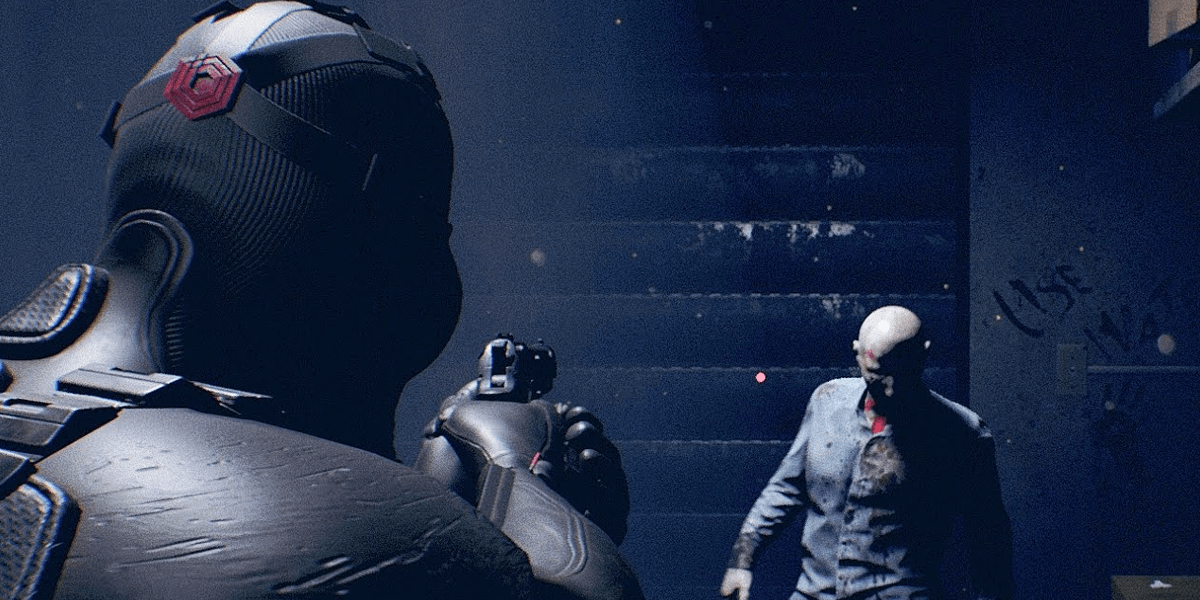 When the official remake of Resident Evil 2 was announced by Capcom back in 2015, most fans of the series were thrilled. For many horror gamers, the second chapter of the Resident Evil franchise is considered the very best. Despite the overwhelmingly positive response, there was perhaps only one group of fans who were not pleased, the Italian game developers who were working on a fan remake of Resident Evil 2 nicknamed Rebirth. Capcom's announcment of the official remake essentially left the indie developer's project dead in the water. Rather than simply give up, the group that would become Invader Studios set out to make an entirely new game inspired by their previous efforts: Daymare: 1998.

Daymare: 1998 is an over-the-shoulder third-person shooter being developed in Unreal Engine 4. Invader Studios describes the game as having "high-end graphics, [an] original soundtrack, [an] immersive atmosphere, hardcore survival mechanics and many connections with the beloved old-school survival horror games and ’90s land brands." Indeed, viewing gameplay for Daymare: 1998 gives you an immediete Resident Evil vibe, which is not surprising considering its origins as a fan remake. From what I have played and watched, players will be thrust into a Raccoon City-esque environment infested with the undead. Essentially, Daymare: 1998 looks like Resident Evil 2 done in the style of Resident Evil 4. According to the studio, the game's plot involves "a terrorist attack [that] transforms the unaware citizens of a little community of northwest America into violent and deformed creatures." Players are "expected to survive to this waking nightmare that has its roots in a nostalgic mood." Despite the few-known plot details, the gameplay itself is something I got to experience in-depth and I can say that it was awesome!

The demo that I had the pleasure of getting my hands on, which is roughly a year old now, puts you into the role of an unnamed H.A.D.E.S. operative, Daymare: 1998's version of HUNK's Umbrella Security Service from Resident Evil 2. Moving through the streets of "not-Raccoon City" collecting items and taking out a few lesser zombies, players eventually make their way to a construction area where they get to fight the Melted Man. This is a special zombie, who apparently was set on fire, leaving his upper torso fused together somehow. This encounter was quite a challenge, as I was unable to kill him during my playthrough and ended up simply grabbing the required keycard to make a break for it, thus finishing the trial run. The few puzzles I encountered were very simple, basically involving simple tasks such as turning the power on to grab a keycard, so hopefully the developers will expand on that aspect and come up with some more intricate challenges. Beyond that, I have very few complaints. Daymare: 1998 seems to have it all: the atmosphere, the nostalgia, and solid gameplay to back it all up. All in all, the demo was only around ten minutes in total length, but it left me wanting more. You can check out the developer's offical demo run-through below.

When I was doing some research on this title, I found that there was a slightly newer demo called "The Melted Man Challenge." This extra mode is essentially the final part from the first demo, except this time players have no choice but to kill the Melted Man himself. As I had suspected during my run-through of the first demo, he seems to only take damage via shooting water sources which he then walks into. This demo was only available to backers of their cancelled Kickstarter campaign, so I was unable to find a copy to try out for myself. However, from the videos I've watched, it's a fairly difficult challenge, so I'm hoping I won't have to face him with only a handgun and some water barrels in the game's final release. I'm also interested to see what other types of special infected might make an appearence. Is the Melted Man the game's version of Nemesis or Lisa Trevor, stalking you constantly through the game? Is he a unique one-of-a-kind enemy or are there several more throughout the course of the game? We may get to find out sooner than later.

Daymare: 1998 has been in development for several years, but Invader Studios has stated that we will finally get our hands on this indie gem sometime this year. This is great news, especially considering the silence from Capcom regarding their official remake of Resident Evil 2. This game will be released on not only PC through Steam, but also on Xbox One and PlayStation 4. We will let you know when more details surface, including the release date when it's announced. You can also expect a review once that date arrives.