The Only Thing to Fear is FDR: American Badass!

This film proves you mustn't fuck with the Delano. 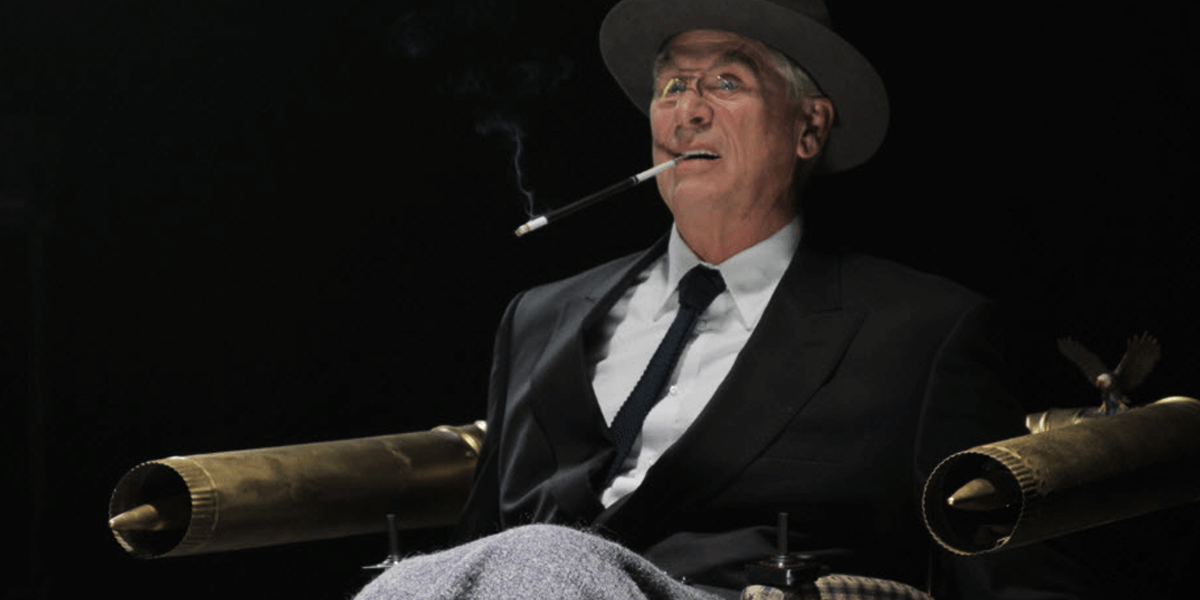 Image via Ross Patterson / CC BY

Today is President's Day, a holiday that doesn't mean much unless you work at a bank or for the federal government and just so happen to have the day off. Regardless, I still felt the need to take another look at one of my personal favorite horror/comedy films that fits the bill - FDR: American Badass! 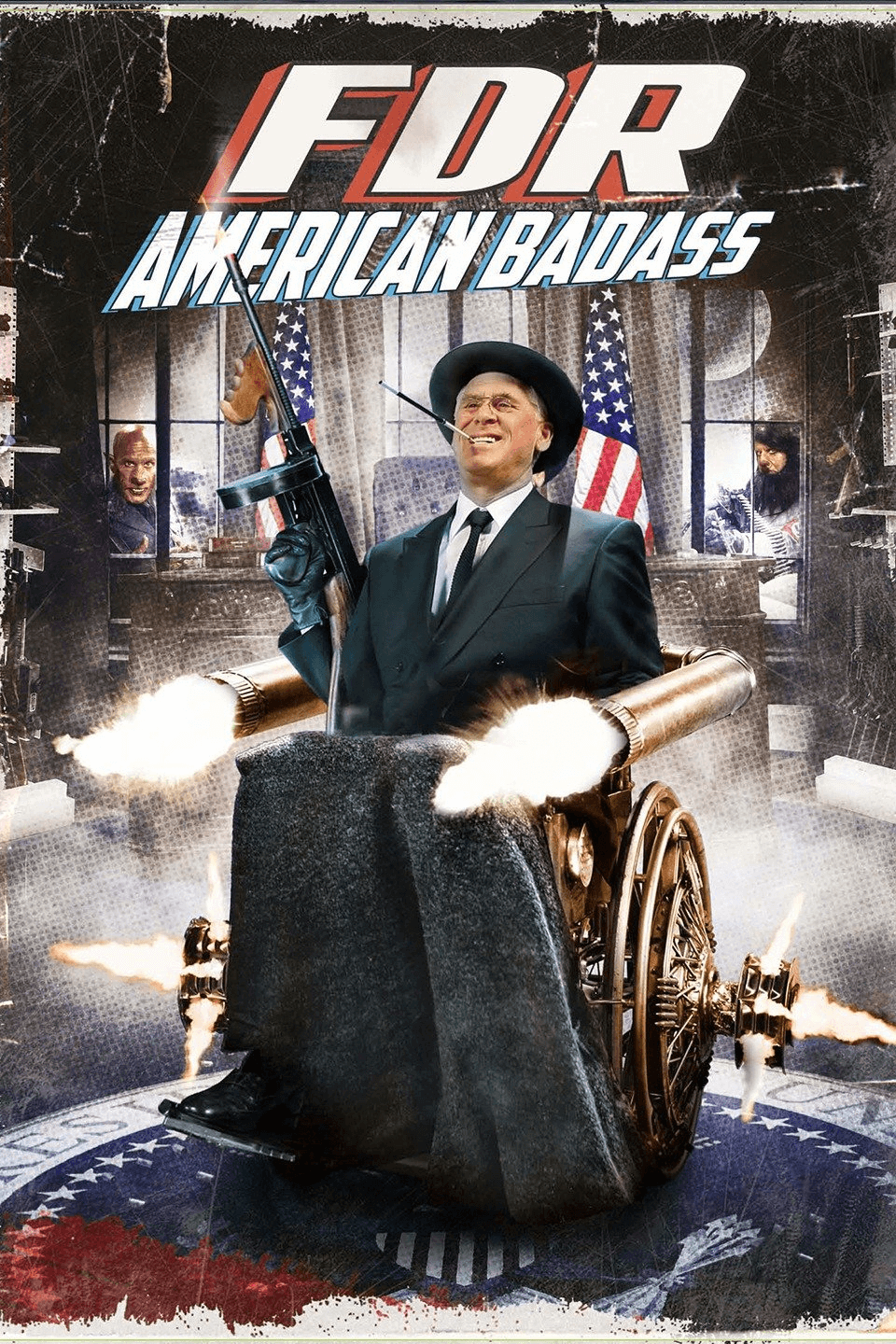 FDR: American Badass! is a horror/comedy film written by one of my all-time personal favorite independent filmmakers, Ross Patterson. It tells the "true story" of Franklin Delano Roosevelt (Barry Bostwick), the 32nd President of the United States of America. The story starts in 1931 when then New York Governor FDR is attacked by werewolves while on a hunting trip. Despite killing his attacker in a comically over-the-top fashion, he is bit on the leg, contracting polio as a result. We are then introduced his his wife, Eleanor Roosevelt (Lin Shaye), at his bedside. Despite the fact that "his cock still works," he now has "tiny little shriveld up polio legs" and will never walk again. It is then discovered that, upon examining the body of the dead werewolf, the assailant is in fact a Nazi. A crowd of well-wishers hailing him as a hero outside, along with a visit from a ten-year old polio stricken boy, inspires FDR to run for President.

Our hero then hits the campaign trail and starts his cross-country tour in support of his run for the Presidency. After arriving in Georgia, he meets a "Repube" named Cleavon Buford (Ross Patterson) along with his swinging, promiscuous cousin wife. After spending time together, and despite being in opposing political parties, they become life-long friends. Cleavon promises that he and his wife will "suck as many dicks as it takes to get these votes" in order to help FDR win the election. Fast forward a few months later and he does win the election. We are then treated to our first look at the leaders of the Axis Powers, Adolph Hitler (Jesse Merlin), Mussolini, and Emperor Hirohito, who are all werewolves and desire to take over the world, turning everyone into wolves in the process. Mussolini decides to "send [his] mafia guys over to America" to distribute wine and beer poisoned with werewolf blood to infect Americans at the height of Prohibition. 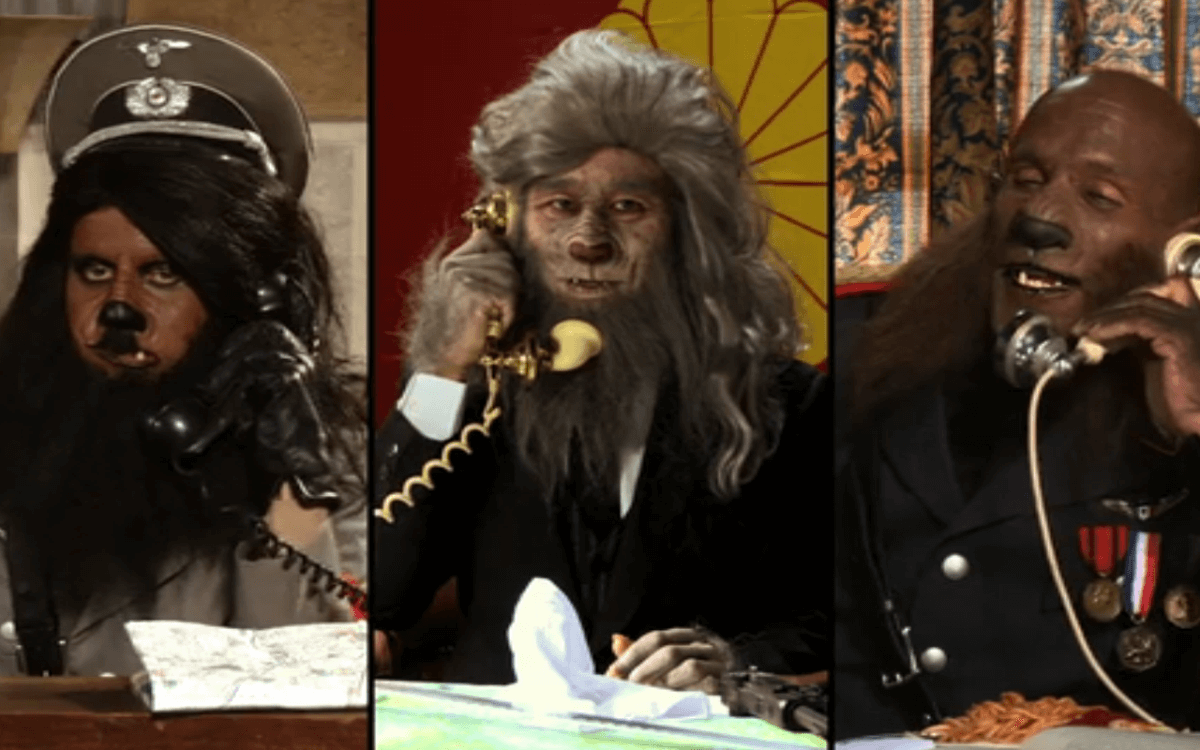 However, FDR's first act as President is to end Prohibition, before meeting with General Douglas MacArthur (Ray Wise). We learn that Albert Einstein has created a special battle-ready chair for the president, called the Delano 2000, equipped with silver-bullet-firing machine guns and rockets. FDR heads to a warehouse, where he kills the mafioso werewolves and destroys all of the contaminated alcohol, sparing only one (who hilariously offers to suck FDR's dick if he lets him live) to take a message back to the Axis powers to stop messing with America.

Their plan having failed, Germany, Italy, and Japan proceed to start World War II. Despite trying to keep the United States out of it, FDR eventually has no choice but to take on the Axis powers head-on. There is a hilarious subplot here as well, regarding FDR having an affair with his secretary who smothers his polio legs in mustard and ketchup before licking them erotically. 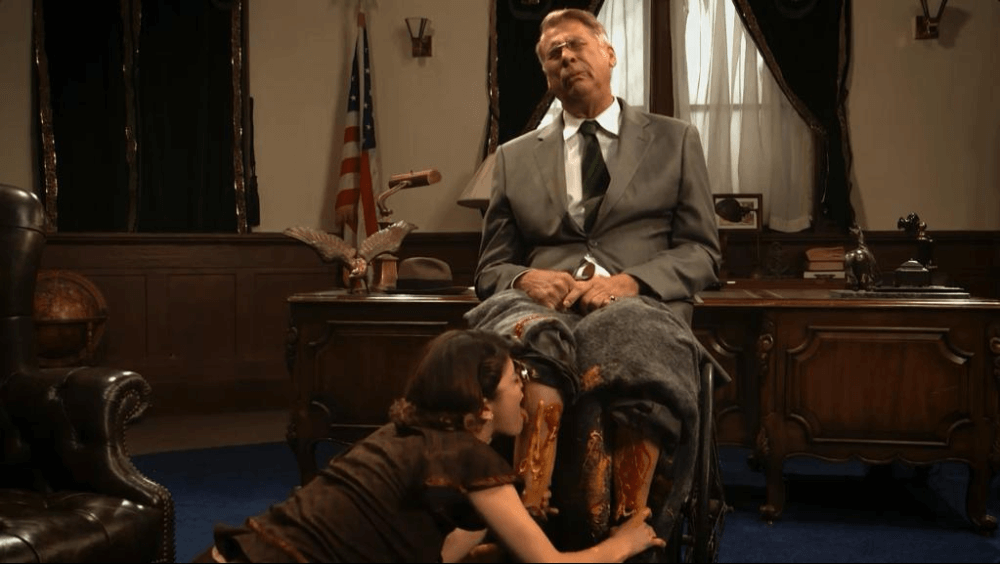 FDR smokes some special weed he finds in the Oval Office and has a vision of Abraham Lincoln (Kevin Sorbo), who tells him his own story of when he dealt with werewolves during the Civil War. Afterwards, he is resolved to end the war himself in one final strike, personally flying a plane over the beaches of Normandy on D-Day. He manages to take out Mussolini before his plane takes damage, forcing him to bail out in the Delano 2000.

Cleavon, who had snuck on board, helps FDR get into his chair but then dies immedietly after, since he has no parachute. Upon landing on the beach, the President quickly dispatches Hitler. Although presumed dead, he survives and returns to the White House, ending the film with another one of his "fireside chats" on the radio about the end of the war. The film concludes with the line, "For those of you who thought I was dead, let me re-introduce myself. It's Franklin Delano Roosevelt, motherfucker!"

The dialogue in FDR: American Badass! is so amazing that words cannot do it justice. Every time I watch it, I find myself laughing throughout the entire movie. In particular Ross Patterson's performance cracks me up. His rambling speech about how he put a magical hat on a snowman as a child and it came to life is possibly the highlight of the entire movie. The dialogue then moves to his promise to take his wife to every town to both suck as many dicks as they can to help FDR win the election, before he finally goes on to explain the experiences that they shared together ("just being friends, not in a gay way... just sharing a warm bath together") all the while Cleavon gets more and more emotional with spit literally flying out of his mouth. Patterson sells his lines and acting in such a serious way that the entire exchange almost brought me to tears from laughing so hard. His speech, which you can watch in the video below, is the perfect embodiment of what the movie is all about.

With FDR: American Badass!, what you see is what you get. It doesn't take itself seriously and encourages the audience to embrace the madness. I recommend having a few beers, sitting back, and enjoying the show. This movie is perfection, a perfect blend of ridiculous humor with enough horror aspects and over-the-top violence to keep it interesting throughout. I highly recommend checking out the other films Ross has done, especially Helen Keller vs. Nightwolves, Range 15, and Poolboy: Drowning out the Fury. You won't be dissapointed!

Everything. The characters, the humor, the dialogue, and the over-the-top action sequences. Props to Ross Patterson, one of the best indie filmmakers practicing his trade today!

This is not a movie you can watch with grandma or the kids. People who are easily offended will hate it. Furthermore, some people just won't get it and see this as a "dumb movie." They're wrong and you should consider disowning them.

FDR: American Badass! is, well, badass. If you want to be a badass too, then you need to check it out. Happy President's Day, motherfuckers!