The 108th episode in the zombie franchise should be an emotional ride. 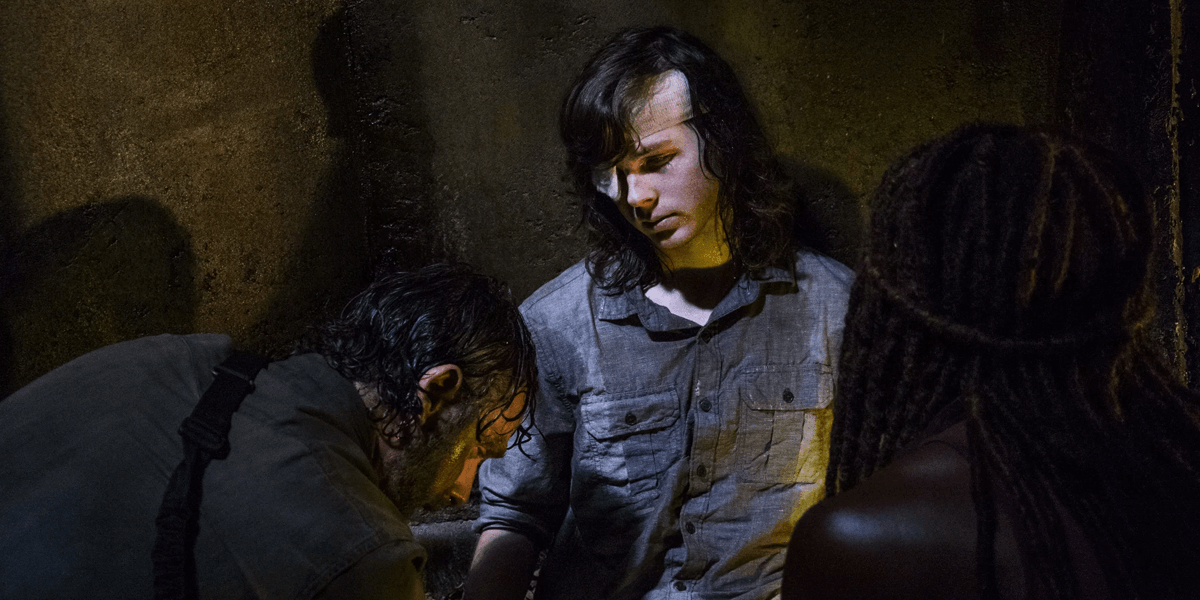 As you surely know by now, either from watching the midseason finale back in December or from the internet as a whole, Chandler Riggs is making his exit from The Walking Dead as his character Carl Grimes slowly succumbs to his bite. Next month's midseason premiere will mark his final episode in the series, among the living at least. It remains to be seen if he will do any extra filming for flashbacks, dream sequences, or anything like that in the future. Either way, the minds behind the show have definitely been hyping up the episode as one of the more emotionally-intense ones in the series.

Previous reports have echoed this sentiment and Entertainment Weekly had the chance to talk to executive producer and episode director Greg Nicotero, who doubles down on his previous comments.

Nicotero compares this midseason premiere to the season 5 episode, which he also directed, where Tyreese was bitten and the characters spend time processing and dealing with that as he meets his end. There is a definite trend with him directing season bookends as well as episodes in which major characters are killed off, but he also says that responsibility is a challenge of its own.

Fans are understandably worried about where the series is heading with this major departure from the comic series, but Nicotero believes we can all make peace with it.

That speaks volumes about the presentation of the episode and the farewell they are giving Carl Grimes, but sadly does not provide too much reassurance about how the series will handle losing such a major fixture of the Walking Dead universe as a whole. His development over the years is a huge deal in the comics as he went from a young boy to a more wise and independent man of his own. The show will have to move in a new direction, though. We are looking forward to seeing this play out as we reach the end of All-Out War and move into the future.

The Walking Dead returns on February 25th, 2018. Share your thoughts on what lies ahead below.