Christmas is often viewed as the most wonderful time of the year. A time where colorful lights and festive decorations line the streets, joyous jingles are sang, and children anxiously await the arrival of Saint Nick. Many of us were taught as children that we would be rewarded with gifts from Santa Claus on Christmas Day, but if we’re naughty, instead we’d be gifted a lump of coal. However, on the other side of the world there is a much darker presence that follows the Christmas tradition, especially for those who misbehave.

We're talking about Krampus, the Son of Hel in some pieces of Norse mythology. This creature is a half-goat, half-demon figure who is the counterpart to Santa Claus. Where some traditions reward misbehavior with a simple lump of coal, Krampus brings children much more severe punishment. In some literature, the demon takes the bad children away, where he either eats them, drowns them, or takes them to hell. These horrifying tales do a whole lot more to encourage kids to act their best, no doubt. 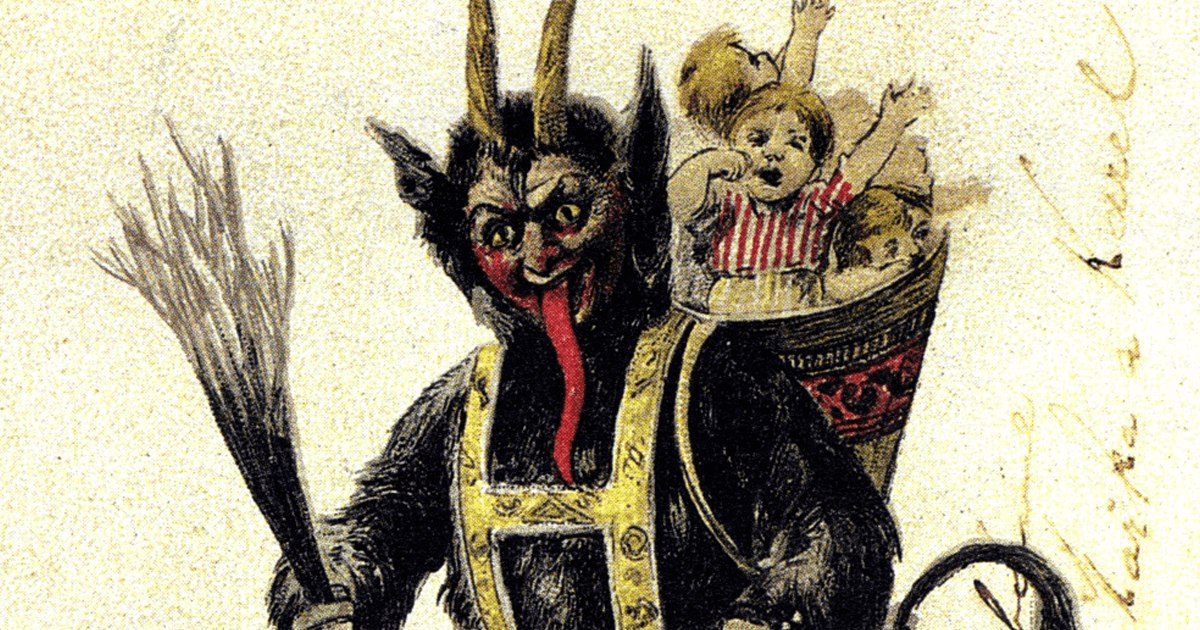 Not much is known about the entity's original roots, but the earliest records appear to confirm that the Krampus mythos dates back to pre-Christian times where the figure quickly developed a reputation for its harsh punishment. The name itself is derived from the German word Krampen, meaning "claw," which paints an innately-creepy mental image when talking about this demonic beast. Some cultures still bring Krampus into their December traditions, with festivals such as Krampuslauf, where people dressed at the demon run around and chase others, perhaps a grim reminder of the fate that may befall any child not ending up on Saint Nick's "nice" list.

The Krampus phenomenon has only grown throughout history, especially in the Western world where the 2015 film helped bring the name into households. I particularly enjoy seeing the dark side to an otherwise light tradition, which is akin to viewing the same idea through a different-colored lens. Krampus is the opposite of Santa Claus, where one is good and giving, while the other represents evil and takes from others. The nature of good and evil depending on one another has always been a strong philosophical discussion throughout history and Krampus provides a solid case of that idea making its way into mythology and literature. 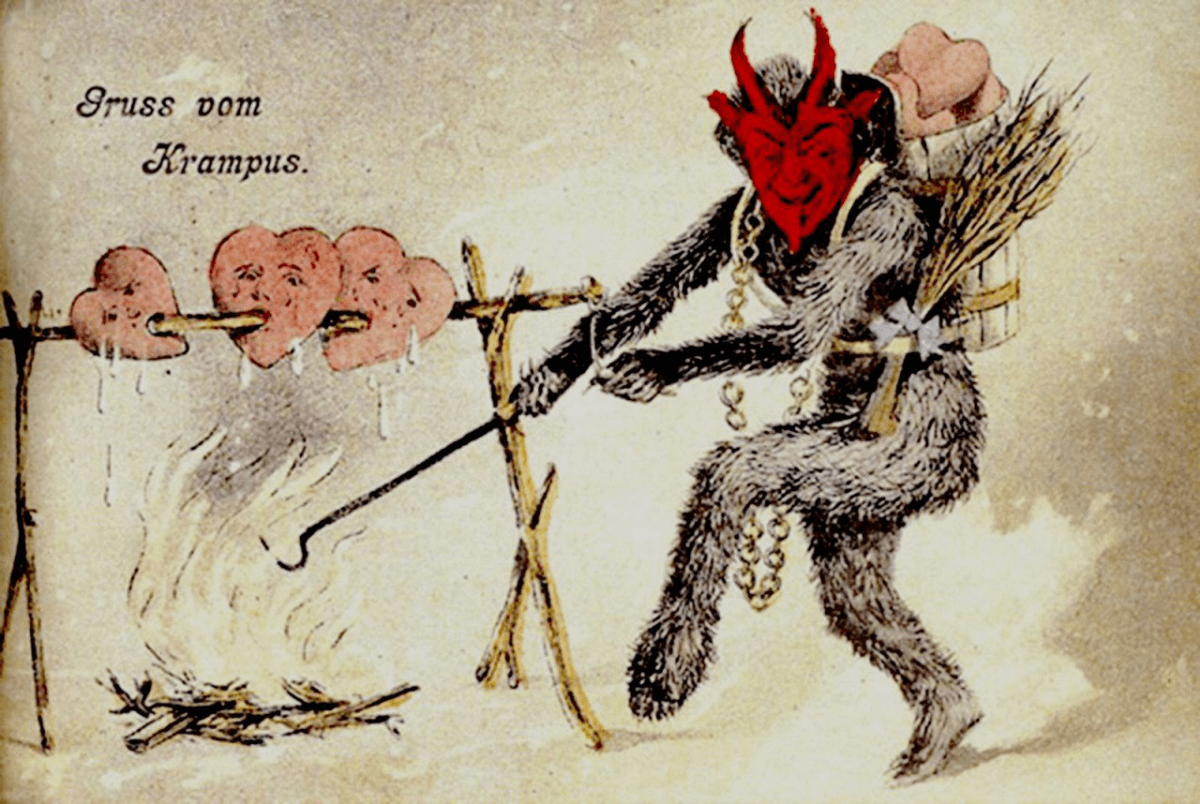 To really get into the spirit of the dark side of Christmas, scaring your children by telling them a hoofed half-demon is going to drag them to hell should do the trick, which seems way more effective than using a simple lump of coal as your only deterrent for bad behavior. As with many different traditions throughout the world, it appears the mythology of this creature is only going to grow over time with new stories and takes on the original idea that could bring the figure to a whole new level.

On December 16th, we will be doing a livestream commentary on our YouTube Channel as we watch Krampus and discuss everything about the film and lore as it happens on screen for us. Join us and listen in as we Slash the Halls through yet another holiday horror tale. 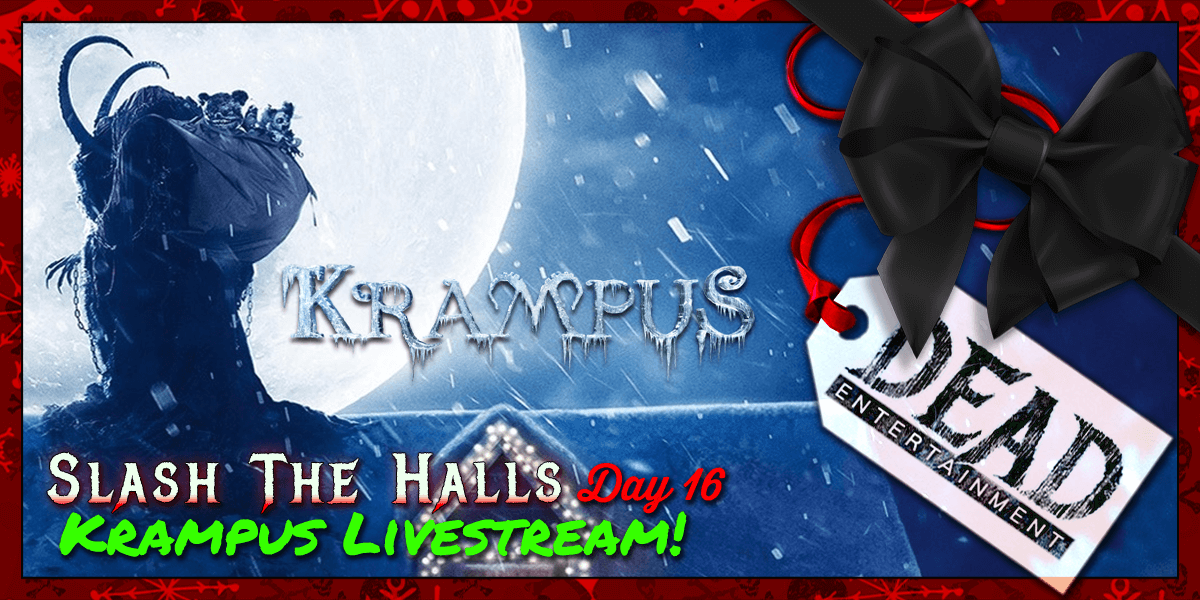 Our livestream podcast commentary of Krampus.