In what may very well go on to become the video game soundtrack of the year, musician Mick Gordon pulled out all the stops on his recent work for id Software’s DOOM Eternal (check out our review). Published by Bethesda Softworks, the game was unsurprisingly an instant success and a worthy successor to the 2016 reboot. An important ingredient of these recent DOOM titles is definitely Gordon’s music and the talents he continues to bring to the table again and again.

With DOOM Eternal, Gordon essentially took everything we loved about the 2016 title's music and put it on a heavy dose of steroids—hitting hard enough with its roaring guitars and ear-splitting drums that it just might even make a deaf person hear again. The interactive soundtrack complemented the player’s power fantasy, making them feel even more insanely strong and in control of the gaming experience.

Are you ready to rip and tear? Then let’s jump into a huge cannon and blast ourselves headfirst into some of our favorite highlights from the DOOM Eternal soundtrack below.

Well, obviously Earth is in some deep doo-doo if the Doom Slayer is answering a planetary distress signal and showing up to the battle in a huge, fortified space station of his own. His pent-up rage from being sent away in the last game will no doubt mean double trouble for gnarly demons and surviving humans foolish enough to get in his way.

“S.O.S. from Earth” begins with some interesting ambience before transitioning to a familiar composition by John Romero from the original 1993 title, except with Gordon’s own unhinged take on the theme. Keeping things short and sweet was obviously the intention here, and it’s a suitable track to get the player excited for the ruthless journey ahead.

This is the track which opens the album and boy does it ever drop hard with its in-your-face guitars and drums. Those whimpering, weak demons don’t stand a chance in hell with the generous surge of power “Hell on Earth” passes over to the player. A splendid track to get things rolling along nicely.

“Meathook” immediately latches on to the listener and pulls them in with some aggressive guitar strumming before leaping into a headbanging theme. The ominous choral statements might make you feel like you’re on some hallucinogens as you leap around the arena floor trying to stay alive. Towards the end of the track, there’s a fine example of the heavy metal screamers you might have heard were brought on board to spice things up. This is one track heard often in the game in different variations depending on how you play, but the soundtrack version as presented here is pretty darn satisfying!

You know this is going to be an exciting piece with a track name like “Metal Hell” and it certainly lives up to its title with probably the most head-stomping guitars heard on the whole album. There are also lots of hellish analog techniques going on here, which are hard to describe in words, but when put in the same blender together with the rest, they make for a very rewarding listening experience.

Reaching the Doom Hunter, one of DOOM Eternal’s newest demons and bosses, is quite the journey with its mixture of platforming mechanics and literally blasting through a wide variety of deadly foes. As the player makes their way to this half-demon, half-mechanical nemesis, they are treated to an ambient version of the above track to prepare for the ass-kicking boss theme that later ensues.

“The DOOM Hunter” is filled with Gordon’s usual fancy analog tricks and some awesome mechanical voice work. A fantastic drum and bass track exemplify how the guitar doesn’t always need to be the centerpiece for a DOOM song to kick ass.

Making a triumphant return in the game is one of the best tracks from the 2016 predecessor, but “BFG Division 2020” has some interesting new twists to make it feel fresh again. Basically, if you’re looking for a nonstop heavy-hitter version with no breathing room, this is the one you’ve been waiting for. Is your neck sore from all the headbanging yet? You might want to put some rubefacient on because this list still has a few more gems!

Here is another entertaining boss theme for yet another new enemy in the DOOM saga. The Gladiator is a truly menacing foe deserving of this equally-menacing track to complement the fight. Gordon uses some great techniques here, but did you really expect any less? If you didn’t know, the lyrics “kar en tuk” shouted in the track translates to “rip and tear,” which is a reference to the 1996 DOOM comic book. How appropriately perfect!

“The Super Gore Nest” is easily in the top three greatest tracks from DOOM Eternal and rightfully so, as it’s a perfect embodiment of the nonstop, rock-and-roll chaos that ensues throughout the game. It wastes no time at all and explodes into a slick theme featuring heavy guitars, drums, and some wicked synth work. Hell, this song is so good it might make you want to glory kill a mounting pile of dishes in the sink or something.

Just when you think it can’t get any better, Mick Gordon snickers in your face and tells you to hold his beer. The guitar strumming in the track’s opening moments instantly signals epic expectations and it delivers on that promise within the first ten seconds and throughout the remainder of the song. If the Doom Slayer needed a theme for himself, he’d no doubt pick this one as part of his main lineup.

“BFG 10k” wraps up our list with a bang. The track title should be self-explanatory as to what you can expect with this one. This plays when the player is making their way to the massive BFG-10000 on the Phobos moon base. The impressive guitar work is the highlight of this piece, as it should be.

If you've enjoyed what you’ve heard here, a digital copy of the soundtrack can be redeemed right now for those of you who own the collector’s edition of DOOM Eternal, while other platforms like Spotify and iTunes are expected to get the album in the weeks ahead. There's no word yet on a physical CD or vinyl release, but there’s a good chance those will come eventually.

As always, stay tuned to Dead Entertainment for all the latest news on DOOM and plenty more in the world of horror, gaming and otherwise. 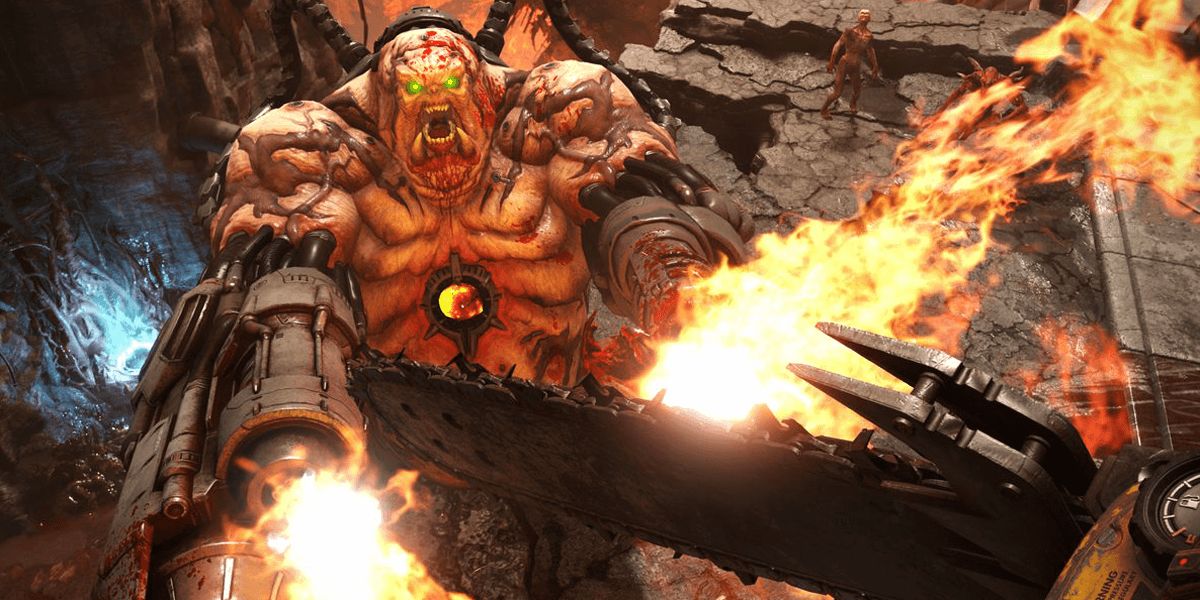 The composer needs some metal singers for his upcoming video game project.