Castlevania Season 3 Episode 2 Review: The Reparation of My Heart

Isaac’s journey finally kicks off in an episode that’s a little more filler and setup than substance. 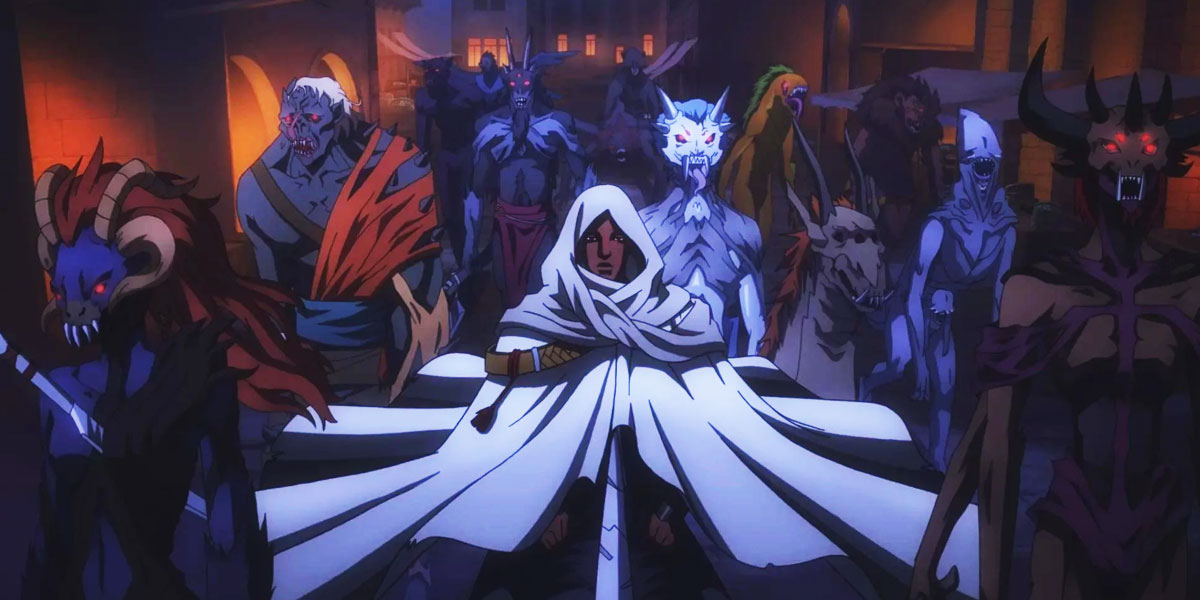 An imposing opening to the second episode of Castlevania Season 3 features our first look at Isaac. A peculiar interaction takes place, showing the turmoil that still flickers within his tortured and broken heart. He travels a very linear path this season, one with many bumps and hills, but we learn a lot about him along the way, thanks to the Captain. Don’t get the wrong idea on who the Captain is—he isn’t who you might think he is. He just happens to be a sailor, but the dynamic between he and Isaac is quite a satisfying one, if not short-lived.

Carmilla is a schemer, which was her style last season and it has only improved since then. She doesn’t think small as she shares her plan for the future with her sister, but her plan relies on the willingness of Hector to help, and he isn’t in the best shape, physically or mentally, right now. However, among the four women of the night is a secret weapon, and she knows just how to take Hector down.

Back in Lindenfeld, Saint Germain makes his introductions to Trevor and begins using his gift of gab to gather information. His overall goal is very murky at this early stage as his odd conversation with Prior Sala reveal very little. Using a character having so little to do with the series, especially when it comes to what could be called a spin-off game in Curse of Darkness, is a bold move, but Germain is proving to be very captivating. He will no doubt become a fan favorite this season.

Don’t worry, this episode hasn’t forgotten about poor, lonely, and possibly crazy Alucard, though his isolation is about to end. The half-vampire wasn’t sure what his purpose in the world was after he killed his father, but being given an opportunity that he believes his mother would approve of seems to finally put him at ease. His emotions remain the fiercest of all the characters in this show, and despite being half vampire, he continues to be the most human character of all.

It now seems clear where each of our characters are heading in their respective journeys and there remains plenty to look forward to. Alucard’s arc also takes a surprising and enjoyable turn.

This isn’t too strong of an episode and felt a little more like necessary filler to set up characters for the road ahead.

Episode 2 feels like a filler installment that was just needed to straighten out a few things from the premiere. It clears up a little here and there and cements the paths of nearly every major player this season. It is rare to have a 30 minute show with so many different story arcs playing out at the same time, but somehow they are all equally interesting and gripping.