The animated series plays it safe in its season premiere, but leaves plenty to look forward to in the episodes ahead. 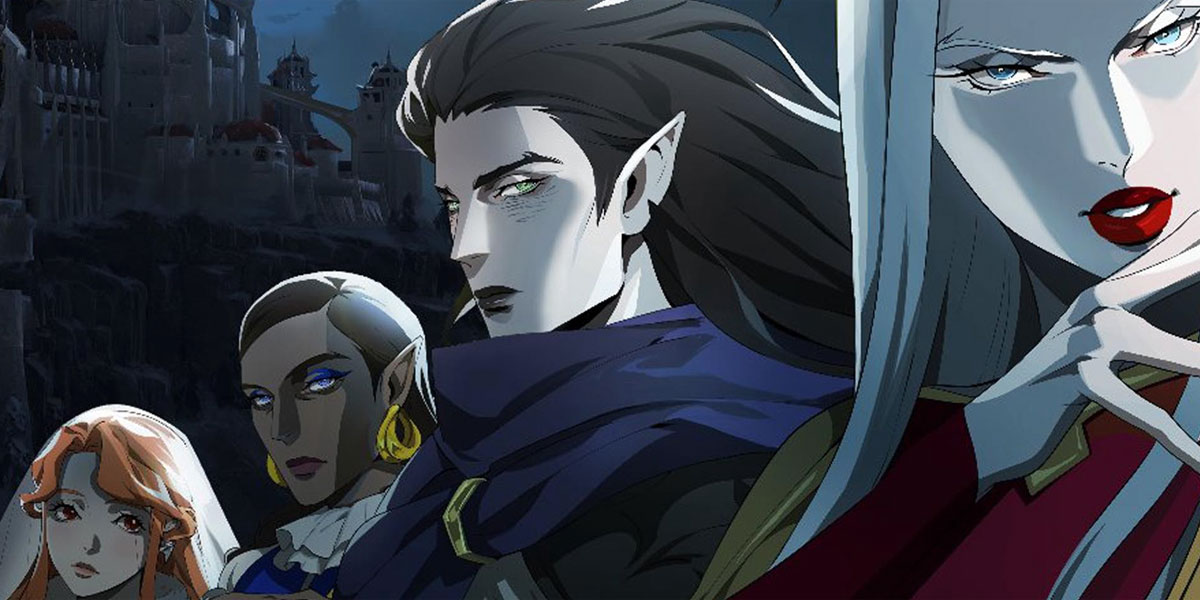 Dracula is dead, Alucard has taken residence in his father’s castle, Trevor and Sypha are off on their own, Hector is a prisoner, and Isaac is building an army to take his revenge. Much has happened since the ending of Season 2 of Castlevania, and that is precisely where the new episodes pick up in such a way that nothing feels rehashed.

Somehow, Season 3 makes a show that didn’t feel stale to begin with feel fresh all over again. There is a very different vibe going on in this season, and it works wonderfully for all the different paths playing out. First episodes of new seasons are always tricky ones, but sometimes playing it safe is for the best, reintroducing characters to give the viewers a sort of recap of who is where and what is going on. That’s what this season premiere offers out of the gate.

Hector’s path this season is particularly interesting, not to mention sad, as a prisoner under Carmilla through their march back to her home of Stryga, where her other ruling Vampire sisters await her. You can feel his anguish and sadness every time he is on screen, and it was hard to pinpoint exactly how his story would unfold this season, especially if you follow the canon from the video games.

A new character this season, Saint Germain, makes his presence known immediately. Anyone familiar with the Curse of Darkness video game no doubt recognizes this very peculiar character. He is somewhat similar to his past incarnation, but his motives are much different. Considering the series’ lore, Curse of Darkness takes places 3 years after the events of Season 2 and his future motives in (hopefully) upcoming seasons could shadow more of what fans are used to.

While we do get a bit of night creature slaughter in Episode 1, this season focuses more on storytelling and setting up the future rather than depending on action alone. Make no mistake, though, there is still excitement to be had, but don’t expect the season to use it as a crutch. The inner workings of Season 3 are complex and really unravel a deep world of magic and lore.

Trevor and Sypha take refuge in a quaint little town that has more going on than it looks. Run by a man simply known as the Judge, and home to a priory of “broken” monks, this town has seen its fair share of horrors. Alucard, on the other hand, is allowing solitude consume him to hilarious consequences. While he may not be the kind of person to ever admit it, he is obviously missing his former companions. Thankfully, his story arc this season manifests into something completely unexpected. Also, listen closely for some little nods to a missing fan-favorite character in this episode. It’s nothing earth-shattering, but still kind of funny.

The first episode does a good job of reintroducing everyone sans Isaac, but don’t worry, we get plenty of him in the episodes to come. Overall, it was a smooth transition into a new season with a play-it-safe (yet effective) opening episode. While we will all miss the Alucard/Trevor/Sypha dynamic that was the heart and soul of Season 2, the chemistry between Sypha and Trevor has only grown stronger and easily makes up for the missing element that is Alucard.

This premiere cleanly reintroduces us where everyone (and everything) stands after the events of last season. Just enough new intrigue has been sprinkled in to give us plenty to look forward to in the remaining 9 episodes.

It’s easy to miss the wonderful dynamic between Trevor, Sypha, and Alucard, but the writing team and stars are certainly making up for that elsewhere. While there is a little less action and the episode plays it relatively safe as a premiere, it definitely struck the right balance in the end.

I would imagine many fans are still riding high from how perfect Season 2 was, but this first episode was a great way to ease into a new season. With a quick introduction to a handful of new characters, it is obvious this season is going to be a balancing act between many different story arcs.