The cat is officially out of the bag, or the ghost is officially out of the trap if you prefer, as Jason Reitman’s upcoming Ghostbusters sequel received a big title and image reveal earlier today. As reported earlier this week, the new movie is indeed named Ghostbusters: Afterlife and there is indeed a first trailer on the way, but you will have to wait until Monday for the latter to premiere.

What we have for you today, at least, is a new poster, the first official photos, and even some well-needed information on what the movie’s all about. The second two items come via Vanity Fair, so let’s kick things off with the first-look images before diving into the details. 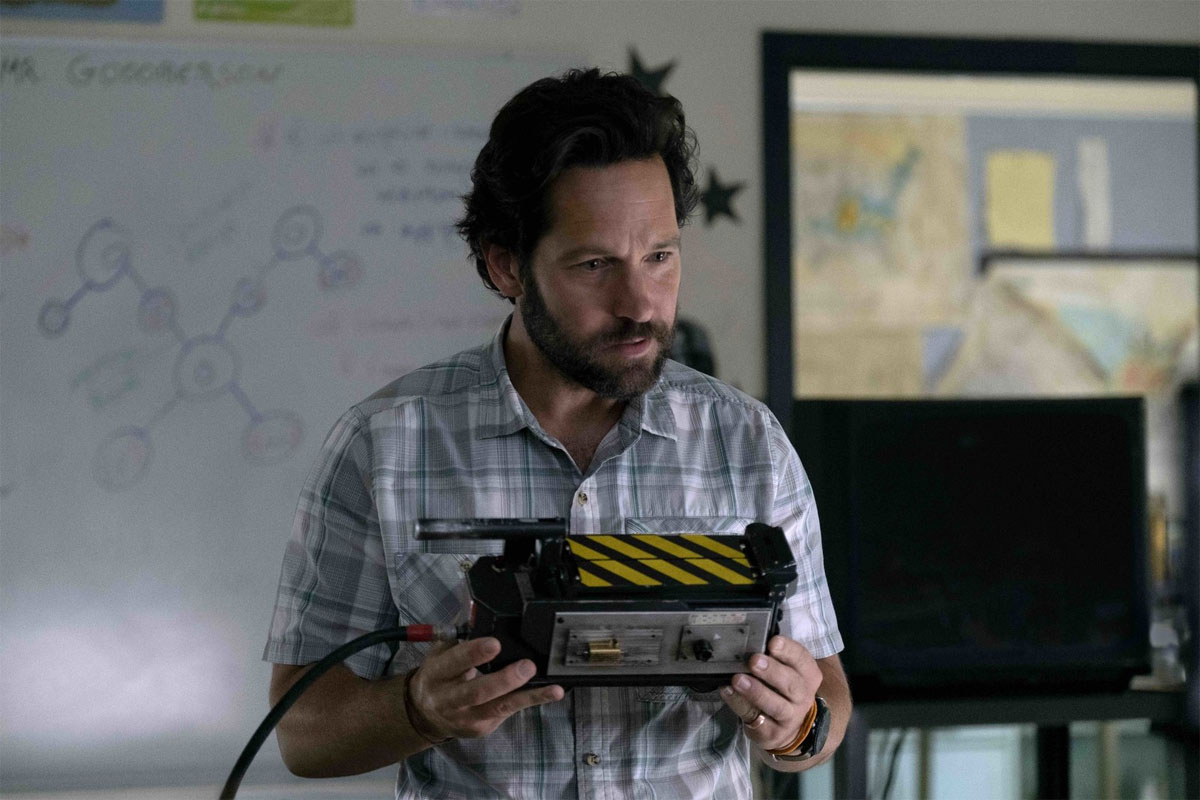 The story follows a mother, Callie (Carrie Coon), and her two kids, Trevor (Finn Wolfhard) and Phoebe (Mckenna Grace), who uproot to another town for a fresh start. Soon, they begin to uncover their mysterious family ties to the Ghostbusters of old.

“As the family arrives at an old farm, they begin to discover their connection to the original Ghostbusters,” Reitman said regarding the plot of the new sequel. “Trevor and Phoebe are about to find out who their grandfather was and whether they’re ready to pick up the proton pack themselves.”

Although the filmmaker didn’t dive into specifics, it seems pretty clear the movie will be following the grandchildren of the late Harold Ramis’ character, Egon Spengler. After all, what better way is there to honor the man who couldn’t be with us for this sequel? It may not be called Ghostbusters III, but keeping both the character and the great actor alive through this film’s story is as fitting as can be.

As for the rest of the cast, our newcomers are led by Ant-Man himself, Paul Rudd, who is playing the part of teacher Mr. Grooberson, an expert on the so-called “Manhattan Crossrip,” which is the name given to what happened in New York during the original films. Joining him are young stars Celeste O’Connor and Logan Kim to presumably round out the new group of young paranormal investigators.

On the returning stars side, fans can expect to see the surviving original Ghostbusters Bill Murray, Dan Aykroyd, and Ernie Hudson all back in the fold. Additionally, Sigourney Weaver and Annie Potts confirmed their returns to their respective roles of Dana Barrett and Janine Melnitz in what sounds like one big family reunion for the cast of the original film. All that’s missing are the ghosts, but I suspect they will come around soon enough.

Ghostbusters: Afterlife is written by Gil Kenan and Jason Reitman, with the latter also directing, and will hit theaters next summer on July 10th, 2020. Stay tuned to Dead Entertainment for all the latest news and updates on this film ahead.

Up until this point, the actor's return was assumed but not specifically confirmed.