Joe Goldberg is back and looking for Love. 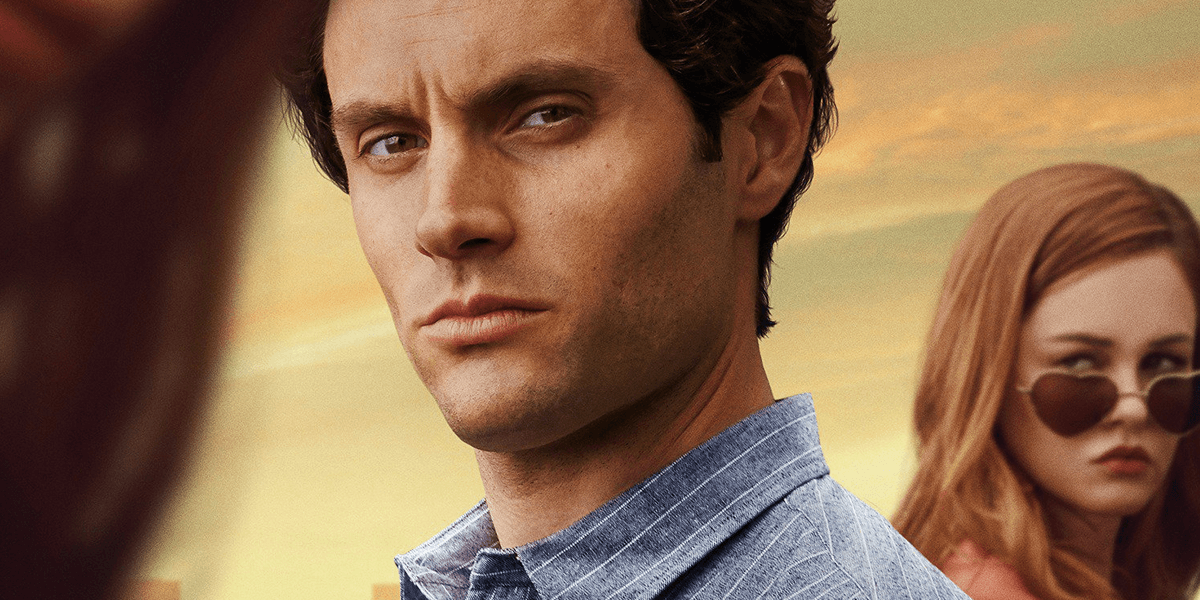 Streaming platform giant Netflix announced Monday that the second season of You will air December 26th. Setting the tone of the thriller series is the official Season 2 key art featuring a first look at Joe’s (Penn Badgley) new love interest, Love Quinn (Victoria Pedretti), while his ex Candace (Ambyr Childers) is seen leering in the background. See below for the image.

With limited details provided throughout production, what we do know is that this season will see the series relocate to Los Angeles. Perhaps the move is a good way for Joe to get away from the ghost of Beck, who he killed in the finale of the first season.

In addition to Childers and Badgley returning for Season 2, the remaining cast are all new to the series based on the Caroline Kepnes books, including Victoria Pedretti, Charlie Barnett, Robin Lord Taylor, Chris D’Elia, James Scully, and Jenna Ortega.

In the first season, we met Joe, a bookstore worker who sets his sights on a woman named Beck. His attraction soon turns to obsession and he is determined to rid anyone and anything that stands between him and his potential relationship. In the explosive finale, while we don’t actually see it, it’s obvious that he has murdered Beck and the ghost (or is she?) of Candace concludes the season with a cliffhanger.

Originally airing on Lifetime network in September 2018, You was scooped up by Netflix and aired internationally on December 26th, 2018. Soon after, it was picked up for a second season, which will be loosely based on Kepnes’ follow-up novel Hidden Bones.

Badgley has been vocal on his social media accounts about not understanding Joe’s appeal, with fans often referring to his character as hot or cute. He has also revealed that some of the more disturbing scenes of the series have been difficult for him to shoot. You can currently stream Season 1 on Netflix.

What the new season has in store for Joe is to be seen. No official trailer has dropped yet, but stay tuned to Dead Entertainment for news. While you wait, you can check out our Season 1 recap below.