The monster-slaying fantasy series is set to arrive before the end of the year.

At this week’s Lucca Comics & Games festival, Netflix’s The Witcher made its expected appearance and brought with it the full official trailer and premiere date for the show. The hotly-anticipated upcoming series will be streaming starting December 20th. As for the trailer, it shows off a ton of new footage, including monsters and plenty of dialogue from Henry Cavill’s Geralt of Rivia.

The event also included panels and interview opportunities, some of which was covered over at Variety. One of the notable reveals is that the team was choosing directors based on their understanding of both the fantasy and the horror genres, which is a testament to the monster-related emphasis of the series.

“What I was looking for was an understanding of fantasy and an understanding of horror,” said showrunner Lauren S. Hissrich. “Those were the two big things. And horror kind of came in as an unexpected thing…I needed people who were in love with this genre and who weren’t afraid to press boundaries and to not rely on standard coverage.”

“But really, for me, the biggest thing was their ability to work with the actors,” she continued. “Even if you take the bells and whistles away, if you take the magic and the violence and the sex and the blood [away], then you have three really broken people. And to me the directors had to be able to get in and work with Henry and to work with Anya and Freya and take all the fancy costumes, all that away, and just deal with them as humans who are scared and trying to find their way through the world.”

With respect to what sets The Witcher apart from other fantasy series such as, say, Game of Thrones, Hissrich insists the similarities are actually very few and the monster angle plays a large role in this.

“The other big thing story-wise where we differ…is that we are diving into the mystical a lot more,” she explained. “There’s magic and there’s monsters…I think for a long time television didn’t have a budget to really deal with monsters. Because it’s a really clever blend of prosthetics and also CG. And this was something that was really reserved for feature films. But Geralt is a monster hunter, so we can’t have a series without monsters…”

“The other thing is magic,” added Hissrich. “My kids are huge fans of Harry Potter, and magic is a great part of fantasy. There is a fantasy fulfillment of getting to do anything you want to do just by the power that’s coming out of your fingers or your mind. But The Witcher isn’t that kind of black-and-white world. One of the things that we built in is: What is the cost of magic? If you’re going to practice magic you’re going to lose something as well….It forces our characters into places where they have to use their brains a lot more than sort of relying on magical tools.”

All in all, this is looking like an extremely promising adaptation that seems to be pleasing fans of the books and video games alike, even with the distinctions between the two versions in mind. Prepare to set foot in the Continent this December. 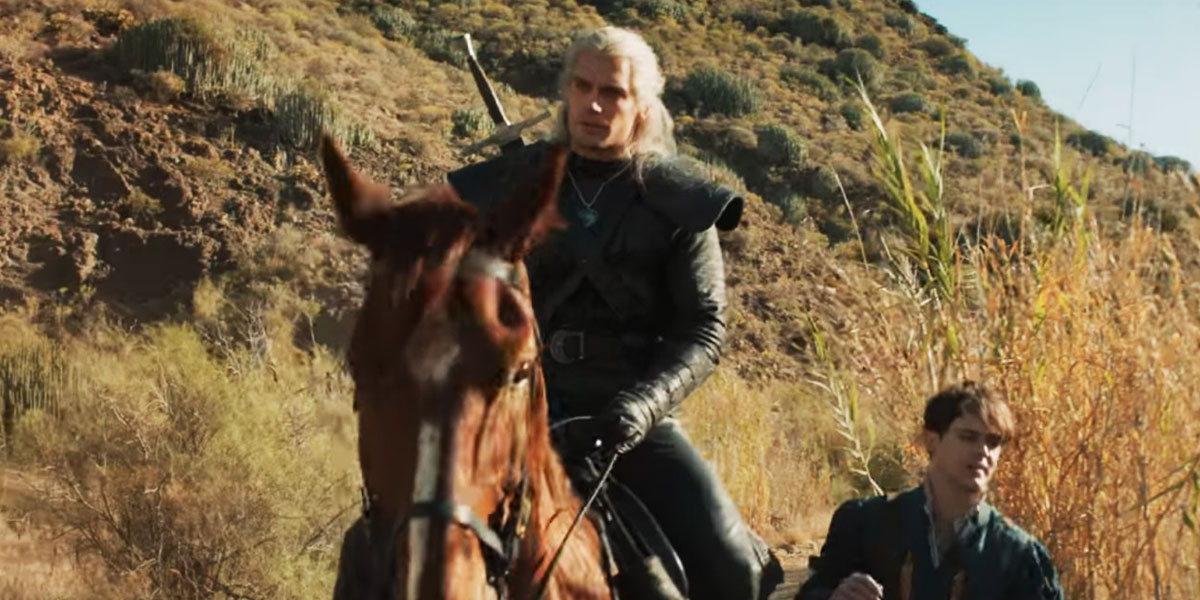 Princess Cirilla, the Lion Cub of Cintra, is on the run and at the heart of a key conflict on the Continent.