Angela Kang takes fans through a few important questions regarding where the series will go later this year. 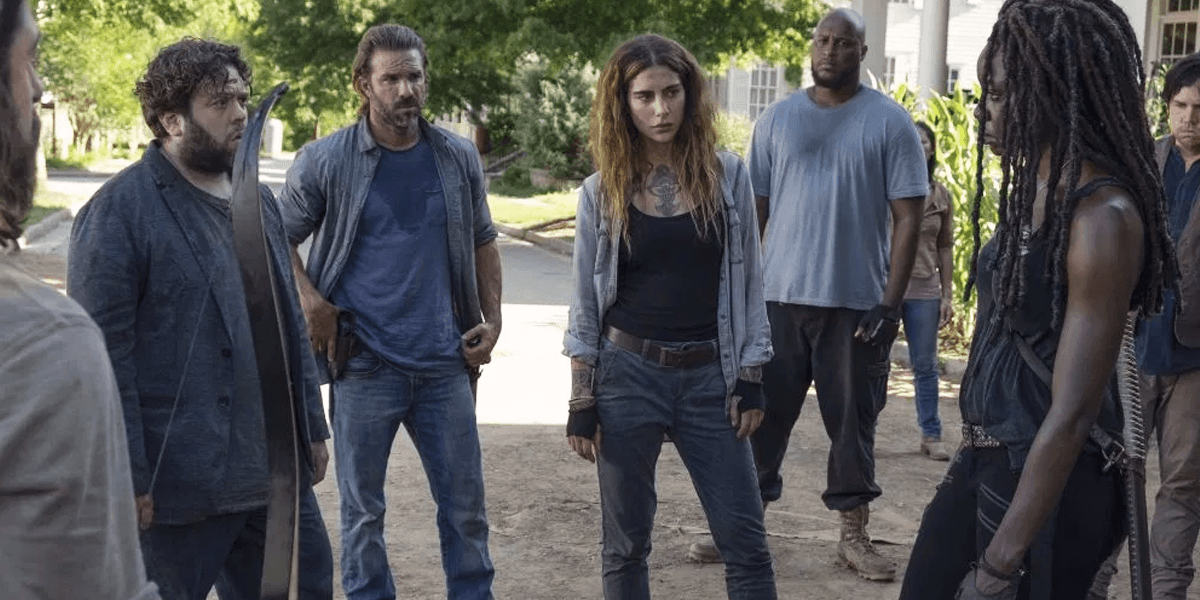 Fans of The Walking Dead will likely get their first look at the new season later this week at the San Diego Comic-Con, but that hasn't stopped Angela Kang from answering a few questions and offering some insight into where the AMC series is headed in its tenth year. In a chat with EW, the showrunner was able to share some new details, revealing the approximate timeline, themes, and tensions we can all expect when the show returns this fall.

"We’re passing a few months, probably," said Kang, with respect to the timeline of Season 10. "I feel like we mark time on the show based on the children. So we saw Rosita pretty heavily pregnant at the end of last year, and I’ll say that that state has changed. A little time has passed. They’ve been living with some of the Whisperers’ rules, and we’ll see that some things have changed and some people have done some unexpected things in the time that has passed to deal with the trauma at the end of last season."

Following the shocking infiltration of the fair by Whisperer leader Alpha, the series will be borrowing a few themes from the comic book, namely the fear and paranoia that sets in around the communities following the brutal killings. "Yeah, one of the great things from the comic book that we got really excited about, there’s this idea of propaganda and paranoia, and this idea of 'silence the Whisperers,' which Robert Kirkman played really well," she explained. "So there’s definitely a feeling as our group gets into this conflict that keeps building between the Whisperers that’s very different from how the Saviors war played out, where there’s just elements of paranoia but kind of a Cold War feel."

"There’s a lot of brinkmanship and things like that, because the Whisperers are so different. Alpha pulled her big move on our people by being in disguise and sneaking around in the middle of a fair. It’s just open for all to see, and somehow nabbing these people. That’s a very different way of operating than any of the other people that they’ve had to deal with, really. So we’ve been having a lot of fun playing with that feel for the season."

As a result of this, many characters will be affected in different ways, giving the series a chance to touch upon PTSD, trauma, and other related themes, which is a definite change from the regular grief and bleakness that goes along with a zombie apocalypse and the death it leaves in its wake.

"We’re dealing with a lot of things also to do with people’s trauma, and the idea of what is real or not real," said Kang. "Things having to do with illusion, or just memory breaking, PTSD. So there’s a lot of stuff that we’re doing that’s pretty unique to the feel of this season. We’re also having a lot of fun with the fact that the last time our people were in a war, it was automatic weapons and gunfire, but we’re just not really in that period of time anymore. So we’re working on some battle stuff that is unlike anything we’ve done on the show, which I’m super-excited about. [Director and executive producer Greg Nicotero] has been in rehearsals for some stuff we’re about to shoot that I think is pretty cool. That’s some of the stuff that look-wise, feel-wise is unique to the start of season 10."

Finally, with regard to specific plot and the borders established by the savage Whisperers, the showrunner took the opportunity to tease a little bit of the upcoming story. "We’ll be telling more of their side of the story in season 10," she commented. "We will get some interesting backstory, and some more insight into some more characters within that group. We will learn more about Alpha and Beta. They’ve got their own problems, too, within their group, so there will be some interesting back-and-forth between our two groups as they deal with this conflict at the border."

"Obviously, we know that our people have crossed the border before. The border continues to be an issue, and as with borders in our world and in life, what is a border? It’s something where one group has said, 'Hey, this is the border. Don’t cross.' Our people are dealing with, 'Do we live with that? Can we live with that? What does that mean?' When they crossed the border at the end of last season, they discovered that the Whisperers weren’t there, or at least they think they’re not."

"But there are some pretty strange and interesting things that happen around that story having to do with those lines, and whether you can cross them, and what happens when you’re caught," continued Kang. "And of course, Samantha Morton as Alpha, and Ryan Hurst as Beta — they are so great. We love them as people, and as performers I think they bring so much to those roles. So I’m really, really excited for the audience to see what they’re bringing to this season because there’s much more to explore with them."

The Walking Dead will return this fall. Follow Dead Entertainment for all the latest news and updates.