The pioneer of the found-footage phenomenon turns 20 years old this summer. 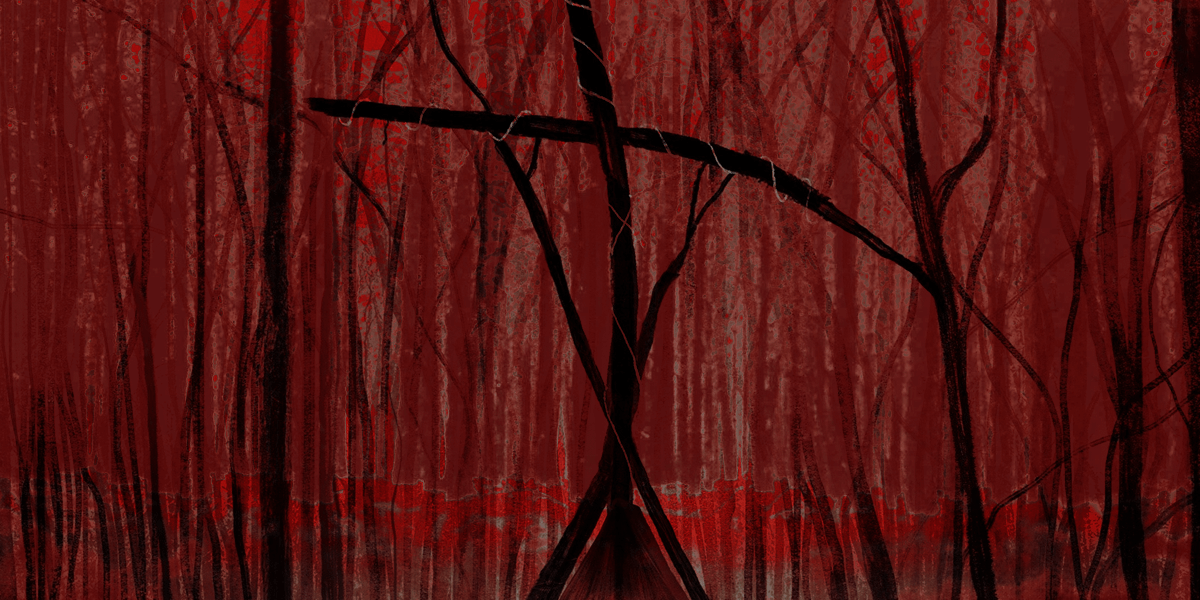 Back before claims of “fake news” was a thing, one little indie project captivated audiences and opened the floodgates to numerous found footage movies over the last two decades. The Blair Witch Project was a film that spawned a genre of its own.

Back in 1999, “going viral” was more difficult than it is today. The internet was still fairly new and Facebook did not exist, so the premise of three film students getting lost in the woods seemed terrifying. What made it all the more believable was the marketing around the film. There were realistic missing posters, claims that the teens were either missing or dead, and even a documentary about finding the lost tapes, all of which contributed to the allure of the Blair Witch.

Working with a relatively small budget of $60,000.00, the film premiered at the Sundance festival and commercially released on July 14th, 1999.  Starring Heather Donahue, Joshua Leonard, and Michael C. Williams, the cast used their first names in the film. The film would gross over $250 million and the franchise expanded with novels, video games, two sequels, and even comics. 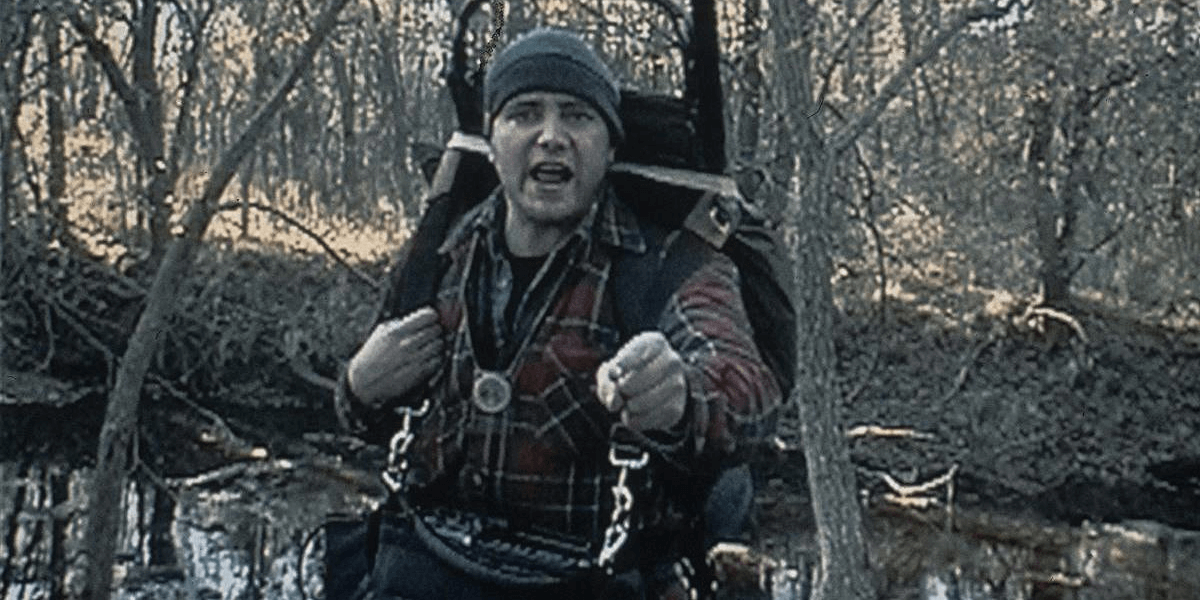 The movie shows three college students heading out into the thick forest to investigate the urban legend of the Blair Witch. Filmed by the cameras they took with them, there were no special effects, music, or scripts to speak of. Despite that, the movie worked. It played on our fears of being lost in the woods and, more broadly, our fears of the unknown.

It doesn’t take long before the trio finds themselves witnessing some strange occurrences, such as coming across crudely made stick figures hanging from trees and piles of rocks that appear to be unmarked graves. Then, there is the faint sound of children in the distance while they are attempting to sleep in their tents. Before long, one of them goes missing. As they search to find their friend, despair and horror take over as they try to not only find a way out of the woods, but also find their friend, who they fear was taken by the Blair Witch.

One night while hearing children laughing along with the cries and tormented screams of their missing friend, both Heather and Mike race blindly through the woods with their cameras rolling. The first-person point of view makes the viewer experience what the actors are seeing. Soon, they stumble upon a dilapidated house and begin to explore it. As they make their way upstairs, the walls are covered in bloody child sized handprints. 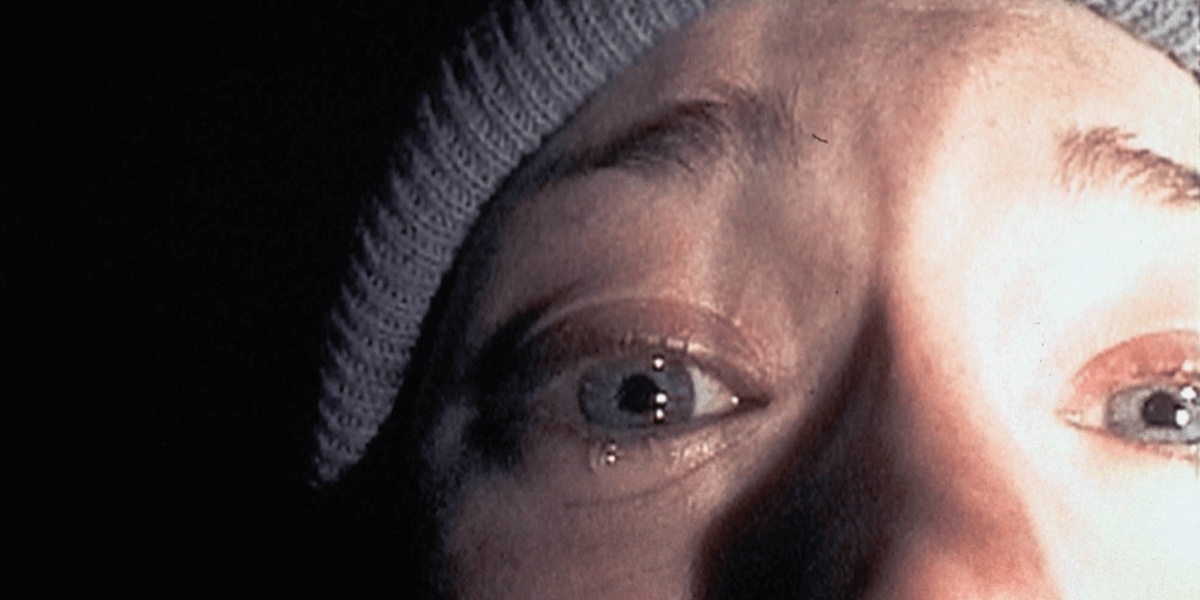 When Mike hears Josh yelling out, he takes off running down to the basement and Heather tries to convince him to stop to no avail. We then see from Mike’s camera that he is down in the basement when an unseen force strikes him, causing him to drop it. Heather soon reaches the basement and as her camera pans to find Mike facing a corner, something attacks her and her camera also falls to the ground.

The film abruptly ends and we never do see what it was that attacked them, but that was the genius behind this movie. There is no visible monster and no knife-wielding maniac. It’s something that we can’t see that ultimately haunts us the most.

Shot in eight days and consisting of twenty hours of footage scaled down to 82 minutes for the finished product, The Blair Witch Project still remains a go-to film for me to this day. Although it inspired other films such as Creep, the Paranormal Activity franchise, REC, V/H/S, and countless others, it did the best job at convincing people that there was a chance it could be authentic. 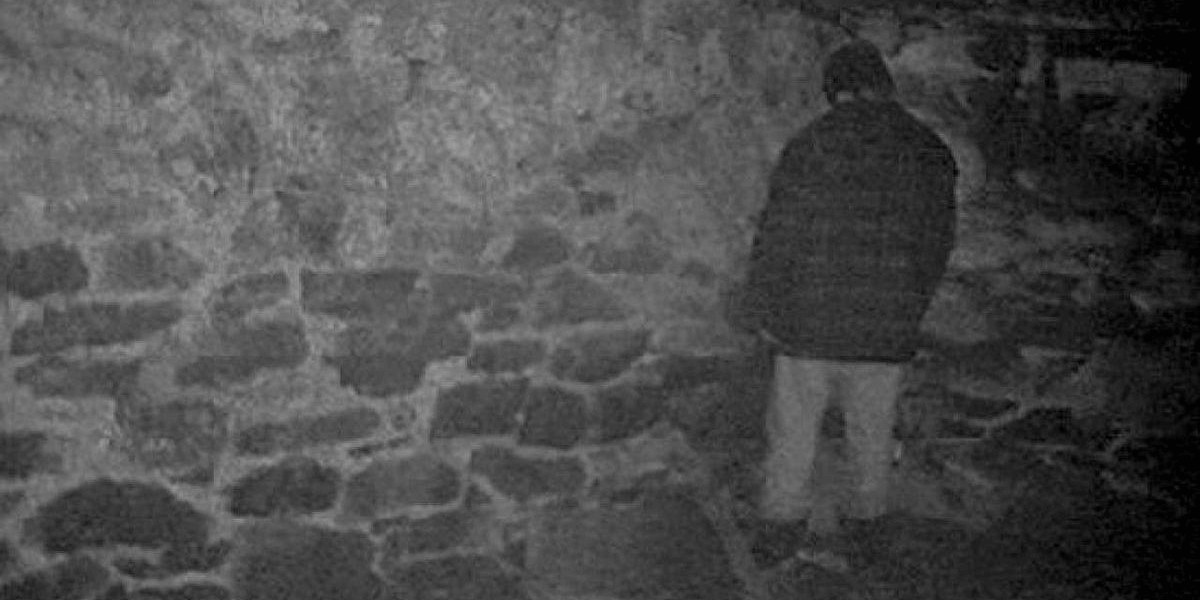 After The Blair Witch Project, the cast would sometimes attend conventions to meet fans. Heather, after a handful of other projects, retired from acting and published a book. Michael appeared in an episode of Law & Order and reportedly managed a theater in New York while studying to be a guidance counselor. Joshua continued with acting, appearing in such films as Hatchet, Things Behind the Sun, and Men of Honor, to name a few.

It would be nice to see a special release commemorate the film's 20th anniversary this July, as there were four alternate endings shot that fans have never seen. A Blu-ray version was released nine years ago and contained some special features, but seeing that this year marks a milestone anniversary, this fan would welcome a newly updated release.

Do you have a favorite “found footage” film? Let us know.