Check out the trailer and a sneak peek of the season finale, along with commentary from showrunner Angela Kang on what happened and what the future holds.

The penultimate episode of The Walking Dead’s ninth season finally delivered to viewers one of the more brutal gut punches from the comic series, arguably moreso than Negan’s infamous issue #100 introduction. Needless to say, if you aren’t yet caught up on the series, turn back now if you don’t wish to be spoiled (you can watch the episode online here). Otherwise, let’s dive into this shocker of an episode.

It’s been a rocky relationship between our communities of survivors and the Whisperers, who blend in with walker herds by wearing masks made of their skin. Filling in for the absent Rick Grimes in the story is Daryl, who is shown firsthand what kind of power the group wields when Alpha takes him on a hill to show him a massive herd – one she’s not afraid of using if his people encroach on their territory again. The leader no longer wants her daughter back, but she has drawn a line in the sand during this confrontation, and it’s a line she has shown our survivors quite literally.

Much to their horror, Daryl and company stumble across a border consisting of the remains of several of their fellow survivors – ten in total – still zombified as their severed heads were placed upon spikes to mark the line between the groups’ territories. The scene is devastating and translates very well to the television screen, capturing the spirit of what it was like to turn the pages of the comic series and see this unfold on paper.

The impact of the episode closer was blunted only by the characters chosen to meet this unfortunate fate, with the most prominent two victims from the source material, King Ezekiel and a pregnant Rosita, being spared for the time being. However, the deaths of several teenagers, including Enid and Henry (even if he was far from a fan-favorite at that point), definitely came as a surprise that shows just how brutal and remorseless Alpha and the Whisperers can be. This episode was a doozy.

There’s a lot to consider and Angela Kang offered a little bit of her perspective in a chat with EW, unwrapping the most recent deaths, changes from the comic series, and teasing a little bit about what’s to come in the snowy(!) season finale. To begin with, the showrunner explained the process behind choosing which characters would get the spike, so to speak.

As we mentioned above, the television version of this sequence did not share many of the same victims as the event in the comics, with Tammy being the one character present in both versions. Kang offered a simple explanation, pointing to the fun of keeping comic book readers guessing and speculating by changing up a few things here and there, all the while still paying homage to the source material.

Some viewers have wondered how so many characters were abducted without others finding out, but that is very much by design. The story played out in a similar way in the comic series, with characters suddenly taking a backseat with all the commotion of the fair happening, but being able to successfully pull off so many abductions speaks to why Alpha is at the apex of her group to begin with.

Seeing it happen without seeing how is part of what makes the event so terrifying and effective. Kang broke it down rather nicely herself, which you can read her comments on below.

Following that episode, many questions remain about the future and where the show might go from here. We have the obvious bits with the upcoming Whisperer War, but there are still quite a few differences, such as who might lead the Hilltop now that its de facto leaders Tara and Jesus are both out of the picture. With Lauren Cohan’s hiatus still ongoing, this is something the showrunner says we will have to wait and see on.

Something more immediately ahead in the future is the Season 9 finale. Despite this past episode having a strong finale vibe, it’s clear the writing team decided to do things a little differently this time around. We still have one more to go and it’s shaping up to be the “winter zombieland” we always dreamed of. Yet we still have no idea what’s in store for us heading into it with the previous episode’s brutal stinger safely behind us. Regarding the change-up, here’s what Kang had to say.

Finally, AMC has released a sneak peek clip of the season finale, showing what this wintery aftermath looks like for our survivors. There is a lot of grief to process here between Carol, Daryl, and the others as they race against the weather with a powerful storm fast approaching. Give it a watch below and be sure to tune in this Sunday night for the season finale of The Walking Dead at its regular time on AMC. 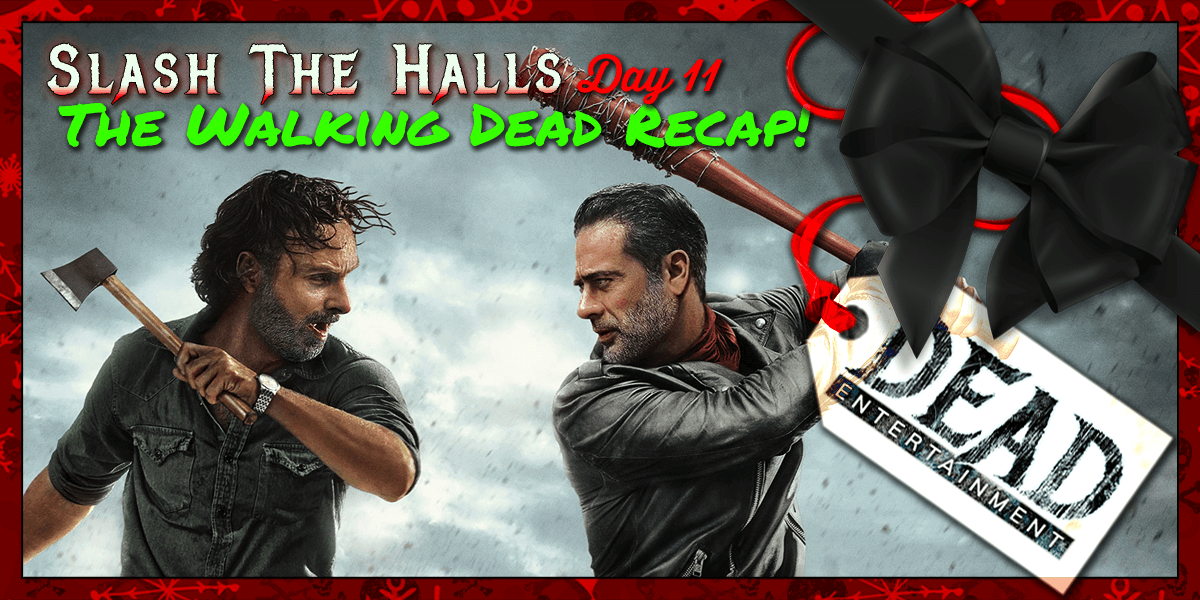 Let's talk about the first half of the season.