An anonymous individual with bad intentions broke into the office and took matters into his own hands. 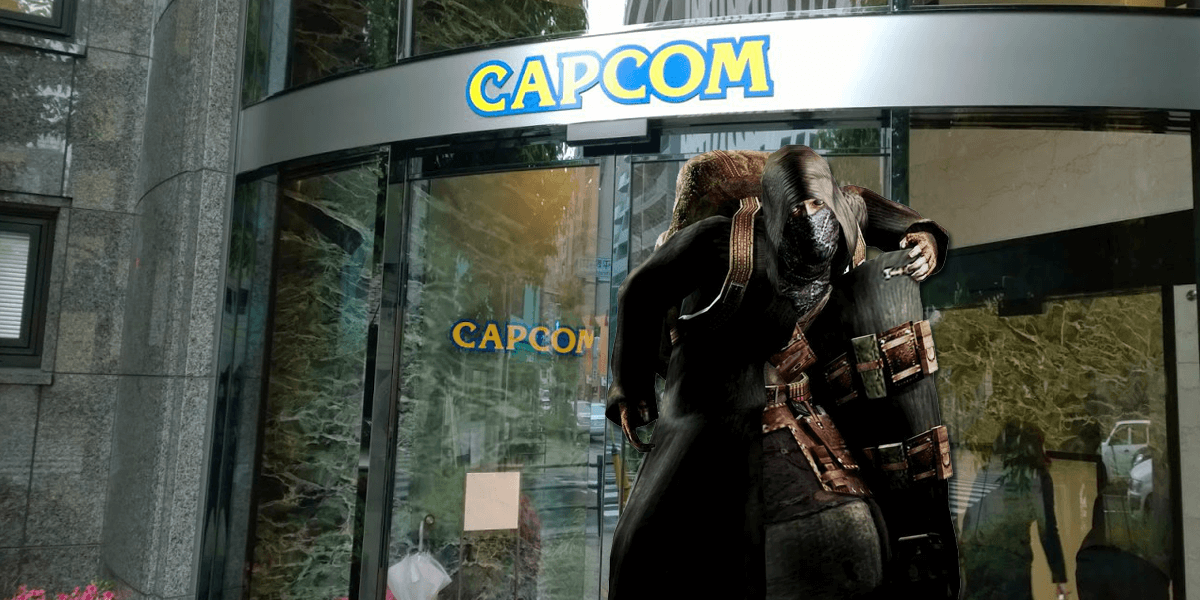 In a strange turn of events that have left many questions, the assets for the recent Resident Evil 2 remake have apparently been destroyed by an individual dressed as the Merchant from Resident Evil 4. Among the deleted content is the source code, music, sound effects, 3D models, and even entire pieces of concept art. Capcom CEO and Chairman Kenzo Tsujimoto apparently wasn’t very happy to hear about this news, which came right as he was about to lay the ink down on approving and handing over the Resident Evil 3: Nemesis remake project to a third-party developer, CyberConnect2.

“Well, we’re done with remaking Resident Evil games from here on out,” exclaimed Tsujimoto, in a sudden knee-jerk response at a press conference. “Those assets were very important for the future of this series and we’re not interested in rebuilding any of that now.”

He then refused to answer questions about potentially rehiring the recently-dissolved R&D Division 1 team, who were responsible for the Resident Evil 2 remake and remain the only people qualified enough to rebuild these assets from the ground up. It's unfortunate they had to be let go after spending their entire 2019 budget on alcohol and gambling in celebration of the remake's success.

Thus far, there is no indication as to identity of the culprit, but security footage at Capcom’s head office building in Osaka, Japan revealed the lone wolf proceeding to the company’s storage room while carrying a duffel bag in one hand and a sword in the other. Whoever this individual was, they clearly had Level 4 access into the underground facility in which the room is located. On top of that, the night shift security guard on duty that night was sleeping on the job and obviously did not witness the breach as it was occurring. This person is awaiting disciplinary action and is expected to be let go.

Interestingly, the swipe card used to gain entry apparently belonged to Shinji Mikami, who once helmed the Resident Evil series before moving on to other projects. However, the game creator denies any wrongdoing in the matter and was able to provide a strong alibi as to his whereabouts at the time of the incident. This is obviously a ridiculous and unacceptable oversight by the security detail at Capcom’s head office, who should have retrieved and canceled his swipe card after his employment ended with the company way back in 2004.

Had it not been for the culprit dressed as the Merchant, along with this sheer incompetence of Capcom’s security team, we might have gotten a remake of Resident Evil 3: Nemesis. Now, any chance of that happening is pretty much gone and fans should probably just move on from clinging on to any kind of hope for this to ever happen.

At press time, Shinji Mikami was smiling as he drank directly from a bottle of expensive red wine. While his finger hovered over the delete button on his keyboard, he snacked on some brie cheese from France and took one last look at that remaining game code for the Resident Evil 2 remake. "At long last," he said to himself. "The legacy is all mine once again." After a few moments, he finally hit the button before passing out drunk on his cottage deck shortly thereafter.