The Walking Dead's Angela Kang Discusses Alpha, Beta, and What to Expect Next Week

This week, we got our closest look so far at what it's like to be a member of the Whisperers and it wasn't pretty. 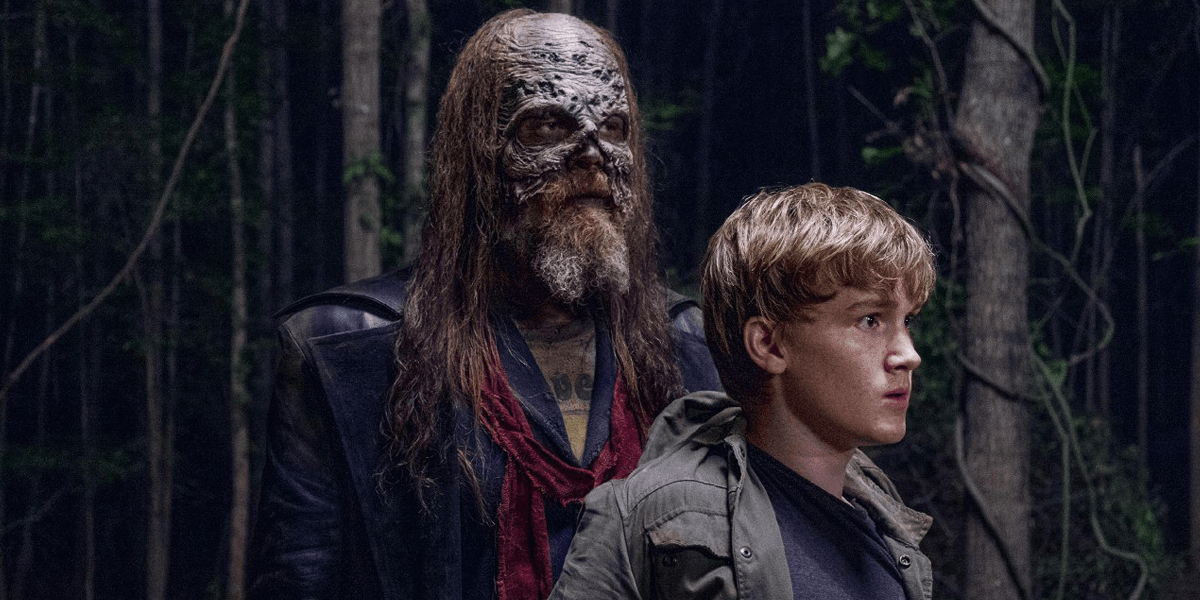 Fresh off a particularly brutal episode, The Walking Dead continues to shamble through its ninth season as the series pulls back the curtain more and more on its latest group of villains. Love them or hate them, you have to admit that AMC is pulling no punches with these episodes. This article will contain some spoilers for the latest episode of the show, so turn back now if you haven't caught up yet.

Sunday's episode brought us into the camp of the Whisperers for the first time and it's hard to deny it wasn't a memorable experience. Among other revelations, we not only learned just how many people are in this group, but also how brutal they are, especially leaders its leaders, Alpha and Beta.

From the mind games of Samantha Morton's Alpha to the frightening appearance of Ryan Hurst's Beta as he cuts the skin off a walker to make a new mask, the Whisperers' brutal way of life was on display for all to see in this unsettling episode. Fortunately, showrunner Angela Kang was around and helped unwrap the episode in a chat with EW, also teasing a little bit of what lies ahead for this story.

We've already dug deep into the psyche of Alpha, although we learn a little more about her each week as it is, but how about Beta? This was the first time we laid our eyes on the imposing second-in-command and Hurst certainly made a statement with his performance. In the interview, Kang dove into a little bit of what's at play with respect to the relationship between Beta and his leader.

That introduction aside, Alpha's big scene from this latest episode showed us a little bit of the political side of this group, which is to say that things won't end well for you if you challenge her leadership. Read below for Kang's thoughts on it and how Morton made her presence felt with her creepy performance.

As if we needed a reminder of what kind of screwed-up relationship there is between Lydia and her mother, we were given an even more troubling story from their past in which Alpha nearly let her daughter die as she suffocated before finally stepping in and saving her. According to Kang, what this story is trying to convey is that this monster has always been there, even before the apocalypse.

This episode also featured some interesting material between Negan and Michonne, who is struggling with her leadership role and clashing with the rest of the Alexandria council along the way. Ultimately, she changes her mind on an issue she originally stood firmly on and Kang attributes that in part to her talk with Negan, who got under her skin by praising her decisions.

Regarding Negan, Kang commented how they have much more time on the show to explore these characters compared to the comic, which is allowing them to look closer at his possibility of redemption and the interesting twists that could lie ahead for his character.

Finally, what's in store for the next episode? Based on Kang's comments, it looks like this escape won't go unnoticed and we can expect the Whisperers to strike back in some way. With only four more episodes to go this season, you can be sure this conflict is going to heat up very soon.