This episode is a masterful display of everything a video game adaptation should be. 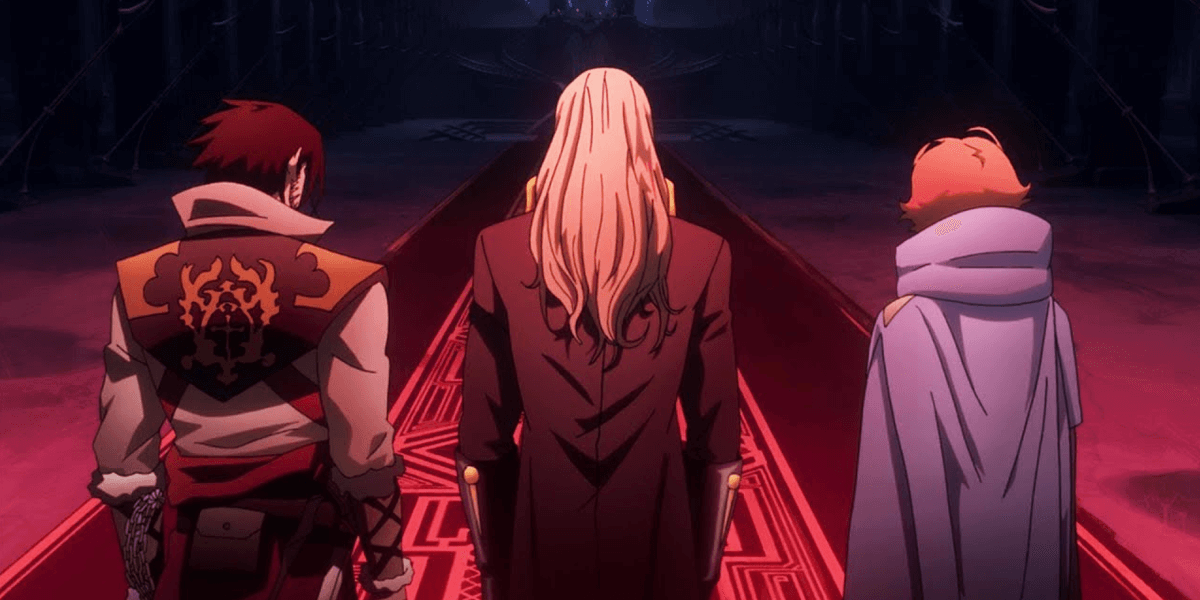 This is it. This is episode fans have waited for. Whenever a Castlevania fan thought about what a show would be like, this episode played in their minds. Not a part of the episode, but the whole thing. As the moon turns blood red behind the castle of Dracula, all know what is coming next. In terms of characters, Sypha continues to display how much of an asset she is to this team with her knowledge and magic while Alucard and Trevor mentally prepare themselves for the final fight.

The build-up is intense as you hear something you have been waiting over ten episodes to hear. The heroes enter the main hall to clear away the trash before they come face to face with the lord of the castle. The soundtrack binds you, as you can’t even blink as you try to comprehend what you are seeing.

Capturing the essence of a video game in a show adaption always seems to be the Achilles' heel for a showrunners, but the guys and gals behind this show need to take a bow. If you don’t get emotional watching this episode, you might just be dead inside. Childhood memories come rushing back while watching and listening in awe.

The Morning Star, transformations, and weapon familiars all make an appearance in what might be the greatest 20 minutes of any fan’s life. The teamwork is masterful as all three display their arts at the highest of levels. The soundtrack isn’t overdone, yet is arranged so beautifully to mesh with the battle and animation flawlessly.

Showing his deepest sense of humanity yet, Dracula realizes that Isaac is as true a friend as Lisa was a true love and decides the world would be better with Isaac alive. It’s an emotional scene between two villains, and as you can see and hear the admiration each has for each other.

It is now that, finally, father and son come face to face and we now get a true sense of the strength Dracula possesses. The might of all three struggle against Dracula, but somehow they manage to hold their own, even as they come face to face with one of the villain's most fierce attacks, which is another homage to the games.

As the fight boils down to just father and son, the blows become heavier and the ferocity grows tenfold. The upper hand is Dracula’s until a spark of humanity ignites his heart. It makes him simultaneously strong and weak as he finally begins to see clearly, all in the name of his wife, Lisa.

Even in heated battle, the show still finds a way to humanize its lead antagonist in such glorious ways. This show wanted you to feel bad for Dracula the whole season and make you understand that what he was doing was right in his heart. That kind of commentary weighs heavy in every episode, as does the irony of humanity as a whole.

Everything about this episode was incredible, from the music to the battle scenes and sense of nostalgia for the games. This was truly something special.

There is nothing bad to say. It was not only the perfect Castlevania episode, but also a masterful display of everything a video game adaptation should be.

This seventh episode is truly a marvel. It is proof that video game adaptions can be perfect If the right people are working on them. In season 3, we will hopefully get more episodes like this one, as this will be an episode of legend for years to come.