The final pieces are moving into place for the epic climax of this season. 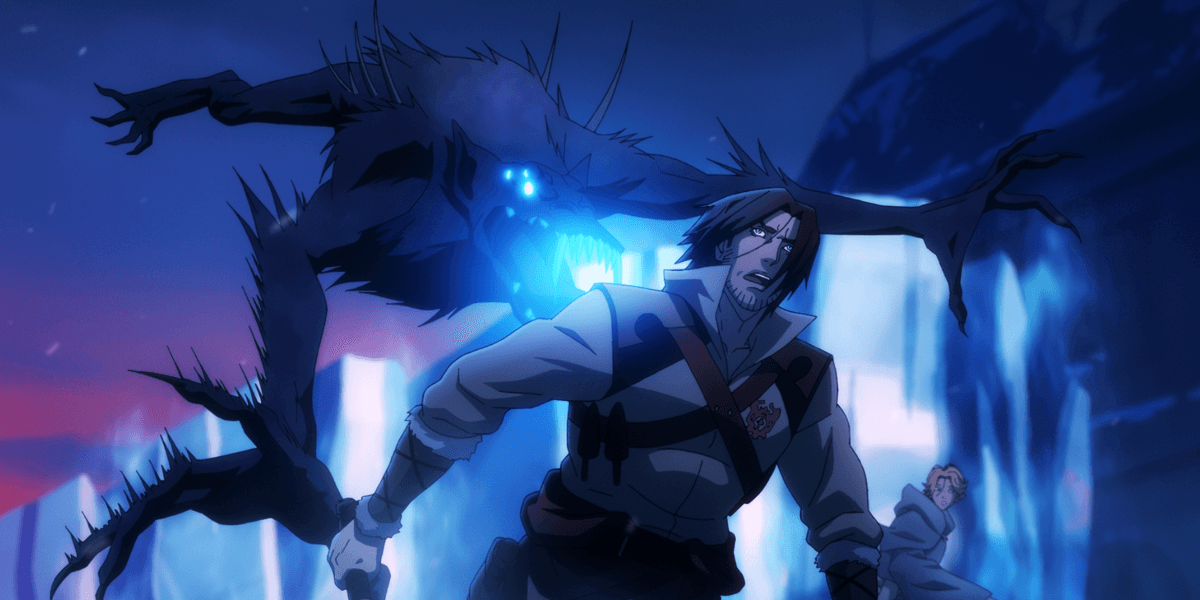 The trio, after finding what they needed, find themselves under attack from a night horde, which includes yet another classic villain from the series: Karasuman, Demon Lord of the Ravens. Short on time as the horde breaks their way in, each member scrambles to do their part. Attacks on both sides consume this episode as the river town of Braila is finally converged upon by the armies of Dracula, but everything is not what it seems.

Trevor defends his allies as they work frantically while Carmilla, using Hector, finally reveals her plan. We finally however, get to see the legendary Morning Star whip in action, along with why it is so devastating to the creatures of the night. In Braila, the casualties are heavy as Carmilla takes the upper hand. Hector, though, is sadly caught in the middle of a mess he unknowingly helped create.

Trevor’s skills are put on display as his vampire hunter prowess continues to be put to the test. Sypha and Alucard continue their work to bring the castle to them and lock it down as a battle rages on in the main castle hall. Sypha struggles in her own battle against the castle itself but finally overcomes and beats it into submission.

Now that all of the pieces are finally in place, the moves are made by all in an effort to end this war. Dracula no longer has the advantage as all he has left is Isaac. In the blink of an eye, he has lost all of his pull as the final battle is upon us.

This episode is heavy on action and a good contrast to the previous one. The appearance of Karasuman also gives fans of the games something to geek out about.

There was not a whole lot on the lore front in this episode, but the stage is now set for the final confrontation as the season quickly races towards its climax.

This episode leans on its action to progress the story, which ended up being just as exciting and compelling as the story lore. This series is doing a remarkable job balancing engaging story elements and beautifully-done fight scenes.