Plans are finally beginning to come together for both sides of this war. 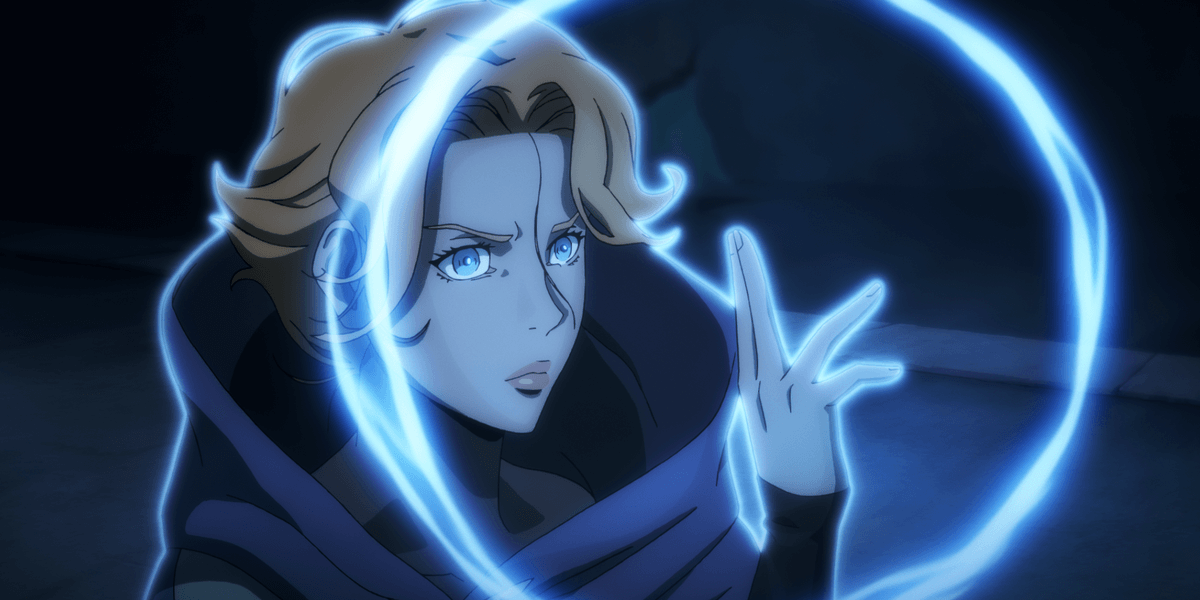 To this point, Isaac has shown true dedication and loyalty to Dracula, which closely follows the lore from the games. However, he has a much larger role to play in this story, although that is not something that will be fleshed out this season.

Sypha continues to grow more as a character and gets more focus every episode. Her dynamic with Alucard is engaging and informative as they continue to search the Belmont library for some inkling on defeating Dracula. Sypha really shows that she is the glue holding this band together and, had she not joined, Trevor and Alucard surely would have killed each other by now.

The animosity between Hector and Isaac continues to grow as they try to figure out a way to bring order to the chaos within the castle. They both share similar goals but want to take different paths. This leads them to butt heads most of the time, all the while Carmilla continues to hold her cards close to her chest as she plays her secret game.

Isaac continues to solely have Dracula’s ear, with the vampire king himself falling deeper and deeper into what could only be seen as depression. His sadness is present in every scene he is in, almost like he has given up. He wages a war against humanity yet seems to show no interest in the details. The character development of such a legendary villain is still worth praising. His pain continues to swell in every episode and is a way to continue to garner sympathy from the viewer.

In the end, both sides finally find what they are looking for as plans are finally coming together.

Dracula's character development continues to shine and Sypha's dynamic with Alucard is proving to be a treat.

There was not a whole lot of action in this episode but the story and character progression more than makes up for it.

While light on action, we progress wonderfully in both story and characters, as each party prepares to make its move. With only three episodes remaining, the final battle surely is upon us soon.