The war is beginning to ramp up in the second episode of the new season. 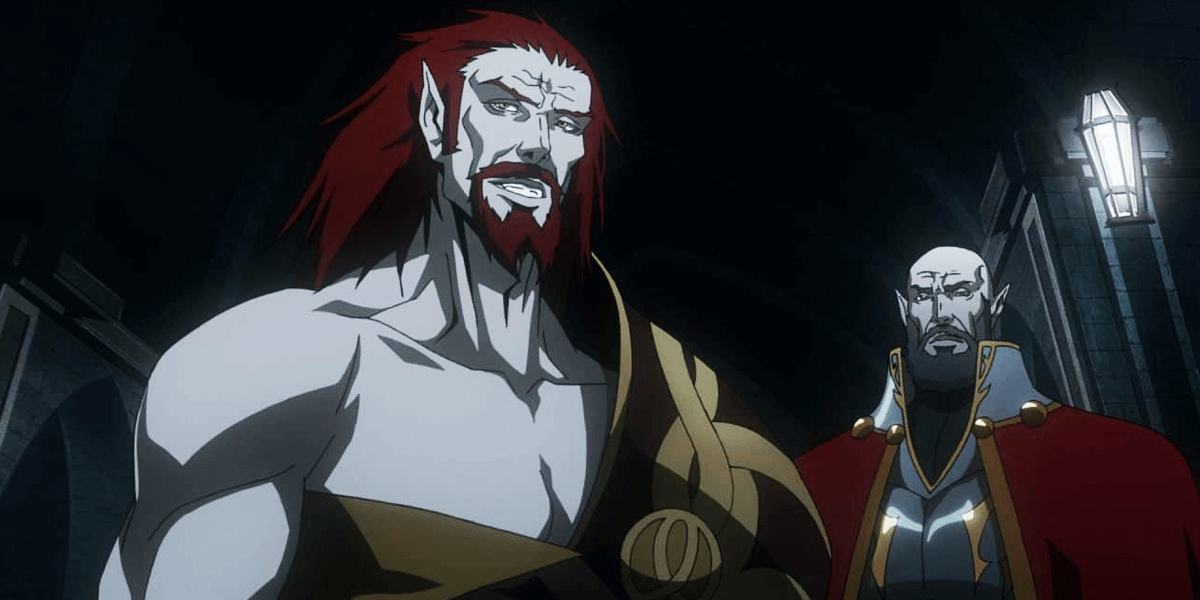 Our minimal time with our heroes in episode 1 is quickly rectified in the second. The three have an awkwardly-melodic relationship. Is it love, hate, respect, or a common goal that drives their unlikely friendship? It’s hard to pinpoint but it doesn’t matter as their dubious chemistry enhances every scene they are in together.

This episode helps lay the foundation for some future events we won't spoil here, but if you are familiar with the lore, you might already know. It also introduces us to another reoccurring villain from the games, Carmilla, a beautiful vampiress who can be quite charming and clever, as well as deeply sexual. She is a classic figure in vampire lore and history, who even predates the first introduction of Dracula by almost three decades.

More depth and humanity is given to Dracula through the tongue of Alucard. We are reminded over and over that Dracula is not the villain we all think he is. In a different timeline, free from the burden of loss, he could have been a prophet and a savior to the human world, but that wasn’t to be all thanks to, ironically, the church and its religious followers.

The irony weighs heavy in that aspect of the story but lends itself to much deeper religious commentary. Evil begets evil, even when good leads the charge. The church, in the name of God, did what they felt was right and in turn had succumbed to wickedness themselves, which brought forward a ritualistic cleansing and holy war. They blame Satan for the evils that befall them when it was men of God who doomed them all.

It would be remiss to not geek out at the wonderful cameo of the classic video game villains, Gaibon and Slogra. These partners-in-death are rarely seen alone and typically work as a pair in many of the games. Gaibon is a winged creature similar to a gargoyle that is able to unleash fireballs from his mouth, while Slogra is a dinosaur-like creature who wields a great spear. This is a great, if not brief, cameo of some classic enemies.

Paths are set for both factions in this war as they each plan their next moves. Trevor realizes they might not be properly equipped in both weapons and knowledge to fight an enemy of this caliber but knows what needs to be done.

At the same time, we learn a bit more about what drove Isaac to the castle of Dracula and why he has such a disdain towards humanity, despite being a human himself. Carmilla continues to assert her dominance with her fierce attitude and wisdom, as she becomes an obvious foil to the viking vampire lord, Godbrand.

The relationship between our protagonists is intriguing while the episode's religious commentary adds a deeper layer. The Gaibon and Slogra cameo was also a treat.

The episode continues to hammer the point in that Dracula's fate could have turned out much differently if it wasn't for the wrongdoings inflicted upon him, although that still gives us plenty of interesting insight into the character and world.

This war is only beginning as the casualties continue to pile up.