This is looking pretty official now that the creator himself has spoken up. 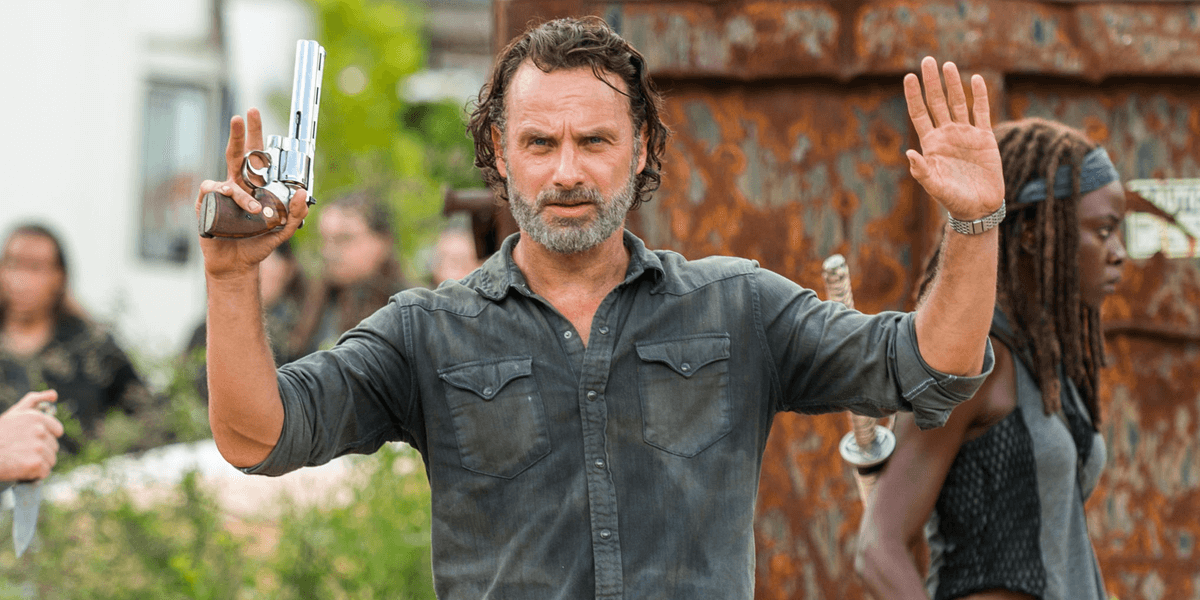 Until today, there has been no official word on the expected departure of The Walking Dead lead Andrew Lincoln. As reported by The Hollywood Reporter, series creator Robert Kirkman has confirmed via a pre-recorded interview with Kevin Smith what fans have hoped wasn't true -- that Rick's time on the show is coming to an end sometime next season. When asked about the earlier reports of Lincoln making his exit, Kirkman said bluntly that "It's looking that way."

Kirkman echoed the accepted explanation that the actor has been filming year after year away from his family and is looking for a change that will bring him closer to home.

Do not expect Rick Grimes' time on the show to end with a whimper, however. Kirkman revealed that they have big plans for this exit and that they are doing something special to mark the occasion, which will be a must-see for fans of the character and AMC franchise as a whole.

You can check out the interview below, which only runs for about 3 minutes, and hear it from the man himself. This is sad news but it's at least good to know that this is now official so we aren't waiting for a curveball that never happens. It's a done deal.

Although new showrunner Angela Kang would not confirm the news herself, she did offer some insight into where Rick as a character is going into his final season.

This point in the show is going to be the biggest departure from the comic series yet, but life must go on. We'll have more for you on The Walking Dead from San Diego Comic-Con in the coming days.

The Walking Dead actors take a look ahead at what's in store for Negan and the season as a whole.

The show's producers explain why this is the right time to do something different.

Aside from Andrew Lincoln's exit, we take a look at what else is in store for next season.