Bear With Us on This Wild Theory For The Predator

There may be more than meets the eye on this one. 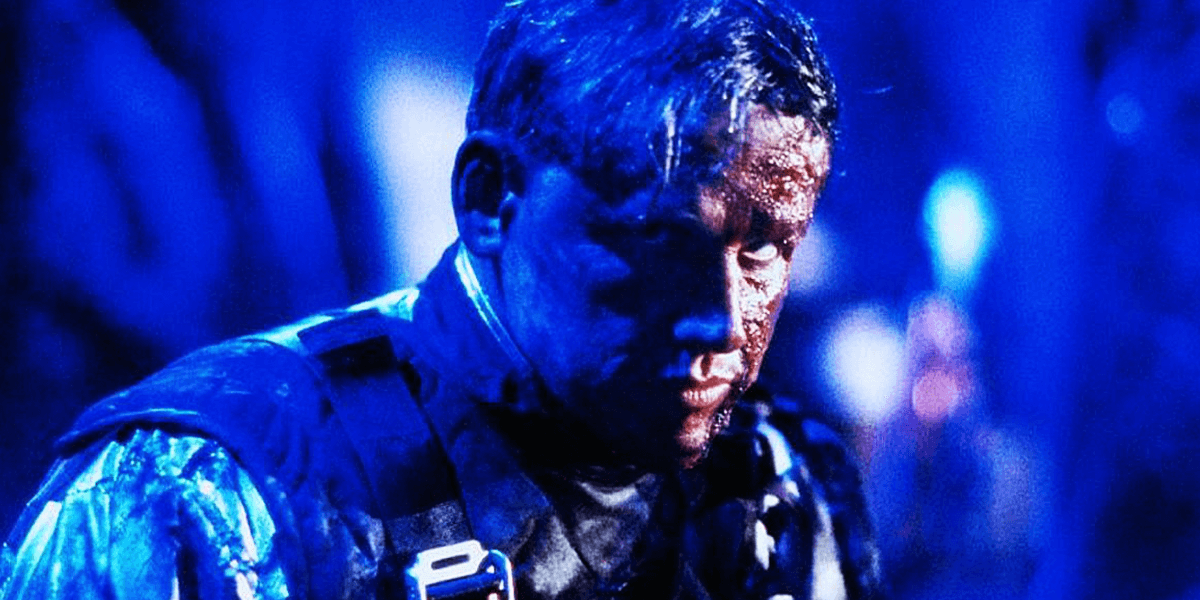 20th Century Fox continues to tease Shane Black’s upcoming film The Predator and we are certainly going to keep getting more hyped as we approach the September 14th release date. We’ll also be seeing it at the San Diego Comic-Con next month, according to Deadline.

That being said, there’s no question that more will be revealed of the film in the weeks ahead, but most of the secrets will hopefully remain under wraps. Most notable of these secrets is the giant super Predator we’ve been seeing in the trailers, which we sincerely hope is kept as a surprise. There is plenty of speculation about it floating around and we thought we’d throw our own wild theory out there. It goes without saying that the following could be spoilers, so proceed at your own risk.

Following the events of the first film, we learn that the military has taken a great interest in the Yautja, the canon name for the Predator species, as well as their technology. They dedicated a top-secret government unit known as the Other World Lifeforms Taskforce (OWLF) to the sole task of the live capture and study of a Yautja. Their ultimate goal was to learn everything they could about them and their technology in order to advance the military’s own interests. The OWLF was under the command of a man named Peter Keyes (played by Gary Busey), who’s regular day job was a DEA task force agent assigned in Los Angeles to investigate the rising drug problem within the city. However, he had used this as a cover to get closer to the Yautjas.

We learn of his true intentions later on in Predator 2, when Keyes explains to the film’s main protagonist, Lieutenant Michael Harrigan (played by Danny Glover), that they have been tracking Yautja occurrences across the globe and took a particular interest in one incident that occurred in the Val Verde jungle. This, of course, refers to the events of the first film. After questioning Major Alan “Dutch” Schaefer (played by Arnold Schwarzenegger), they learned of his encounter with a Yautja and, consequently, the OWLF was sent to Val Verde to investigate further. While the area was thoroughly swept, very little evidence was left behind, due to the Yautja intentionally self-destructing and its ship disappearing off the planet.

Peter Keyes was obsessed with capturing a Yautja, which was evident in the way he spoke about it, and was clearly willing to risk his life in accomplishing the OWLF’s mission. Ultimately, in their last efforts to succeed in their goal, Keyes and the entire team assigned with him at the time would brutally die at the hands of a Yautja. What became of the OWLF following this event remains unknown.

This is where The Predator comes in, as one of the characters in the film includes the son of Keyes and is played by Gary Busey’s real life son, Jake. We haven’t seen very much of this character in the trailers and his actual name in the film remains a secret. This seems to be intentional and could be hinting that the filmmakers are saving this big reveal for the film’s release, and rightfully so, since it’s absolutely wild and not the most obvious choice to go with.

We are theorizing that the super Yautja could be partially human and constructed with the DNA of Peter Keyes. Yes, you read that right, and are probably wondering how we can justify that. We just mentioned that the son of Keyes is in this film, who was undoubtedly devastated when he learned of his father’s passing. Not only that, but the way his father died without any sort of dignity could not have sat well with him. Based on what we do know of his son thus far, it’s clear that he’s a scientist of some kind and likely continued his father’s work in his honor. Perhaps he had been attempting to bring his father back to life, but not just as any regular human. Instead, one more powerful and smarter than the man he knew. This partially-human Yautja could be a test for future experiments in cloning his father.

Going this direction has the potential to cause a stir with audiences, as human cloning is a controversial subject matter with many ethical considerations. You perhaps know the feeling of yearning to have just one more conversation with a lost loved one, even if only to say goodbye after never having a chance to. This real-life subject matter could layer the film with an unexpected twist and open the door for fans to explore these issues further, provoking fascinating discussions on not just human cloning, but also asking how far is too far if the day ever came when we purposely exploited an alien species and their technologies for our own selfish benefits?

Does our theory have some merit or do you have a better one? It’s easy to interact with us in the comments and on social media, so why not give it a try? We look forward to hearing from you.