Bethesda made a surprise reveal at their E3 2018 press conference with the announcement of DOOM Eternal, the follow-up to their 2016 reboot of the legendary first-person shooter series. Strap in and check it out for yourself above.

The trailer showed us what Hell on Earth might look like if it were to happen, and quite frankly, we’re terrified. As the footage moves along, it becomes unmistakably obvious we’re in a DOOM game with the sights of both familiar and new demons. Complementing the visuals is a new rendition of “At DOOM’s Gate” from 2016’s DOOM soundtrack by Mick Gordon.

If you’re not absolutely convinced by this point, the footage zooms in on a skull and gets stomped on by our favorite protagonist, the Demon Slayer. He cocks his gun to show he means business, as we’re treated to more familiar demons. Just as we’re about to witness a bloody stand-off, the footage goes black and the DOOM logo drops revealing the games title.

Following the reveal, the creative minds for DOOM Eternal took the stage to mention they’ve heard the fans loud and clear on what they loved about the first game and their hopes for a sequel title. Fans should expect the game to feature twice as many demons as its predecessor, even more powerful upgrades for players, and a ton of other surprises to be revealed at QuakeCon 2018 in August.

Is DOOM Eternal on your radar? We always appreciate hearing from you, so leave us a comment here and on social media! Rip and tear! 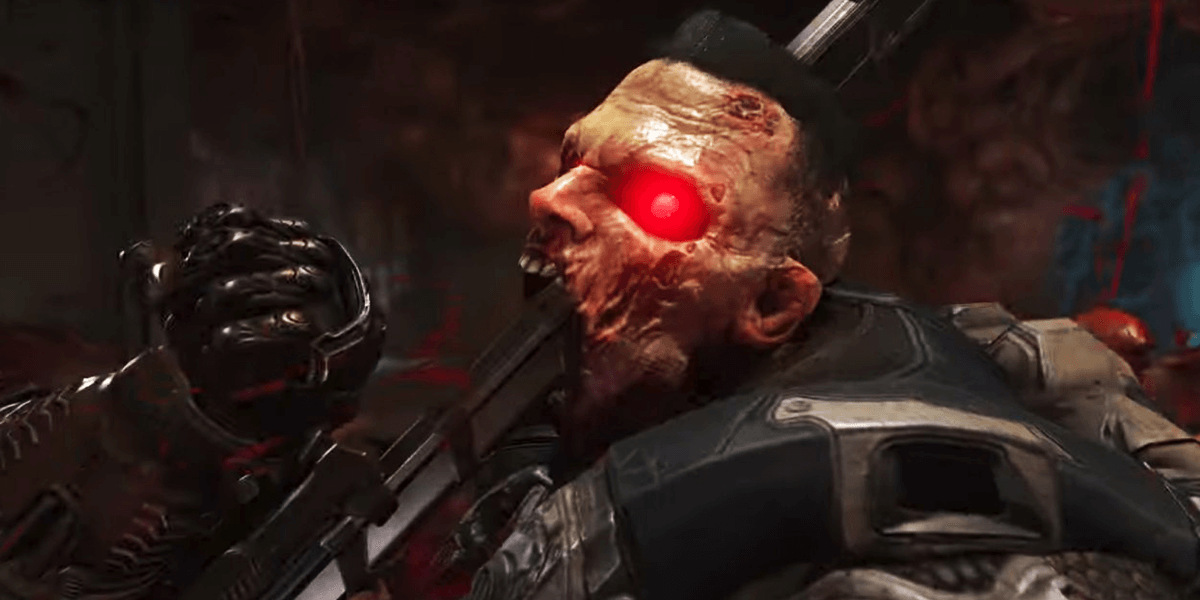 Strap on your killing boots and check out all the latest on this highly-anticipated shooter.