This biker survival game won't be riding on to your PS4 until early 2019.

Sony is doing things a little differently for this year's E3, which is to say that miscellaneous trailers and release dates are dropping before the main show next week. This fact holds true for Days Gone, their biker-inspired take on a post-apocalyptic world of the undead. We saw quite a bit of this game in action at last year's convention, and after a slight delay, it seems like the release date is finally set.

According to the official PlayStation Blog, Days Gone will be making its premiere on February 22nd, 2019. That is quite a long wait, but it seems clear this game is getting some extra attention and polish after the earlier delay. We will be able to see the results of this effort at E3 next week where the game will be shown off in its biggest way yet. This new trailer also shows off a bit of its own.

Aside from showing new enemies, the game introduces an enemy faction called Rest in Peace. Here's the run-down for this group.

Rest In Peace, or R.I.P., is a cult that worships the Freakers. Rippers, as they’re known, dress like Freakers – and kill anyone who isn’t a Ripper. While they’re important to the story, Rippers are also an important part of the in-game Freaker ecology: when you get a chance to take down a Ripper camp, try bringing in a Swarm and see what happens – Rippers refuse to kill Freakers, and the results can be very entertaining.

On top of that, the trailer also introduces a few new characters. The PlayStation Blog gave a nice summary of what to expect from each of them.

William “Boozer” Gray was introduced in our first reveal trailer back in 2016, riding with Deacon on the broken road and keeping Deacon from bashing in the head of a dead Freaker. From their cuts we know they are both members – or ex members – of the Mongrels MC. So they are more than just friends — they are brothers. Boozer is played by the immensely talented Jim Pirri. For the role of Boozer, we needed a special actor who could help us tell the story. Boozer has to be tough, cynical, and a bad ass, but his friendship and brotherhood with Deacon has to come through as well. Jim has helped turn Boozer into a compelling and very human character.

Alkai Turner (pronounced “alk-eye”) is the arms dealer at the Hotsprings survivor encampment, played by the talented Jonathan Joss.

Ada Tucker is a former prison matron who now runs the Hotsprings camp, played by the inimitable DeeDee Rescher.

There you have it. We'll be sure to provide more updates during E3 as we get our hands on new gameplay and other information. Will you be checking out Days Gone? Let us know your impressions here in our comments section or on social media. 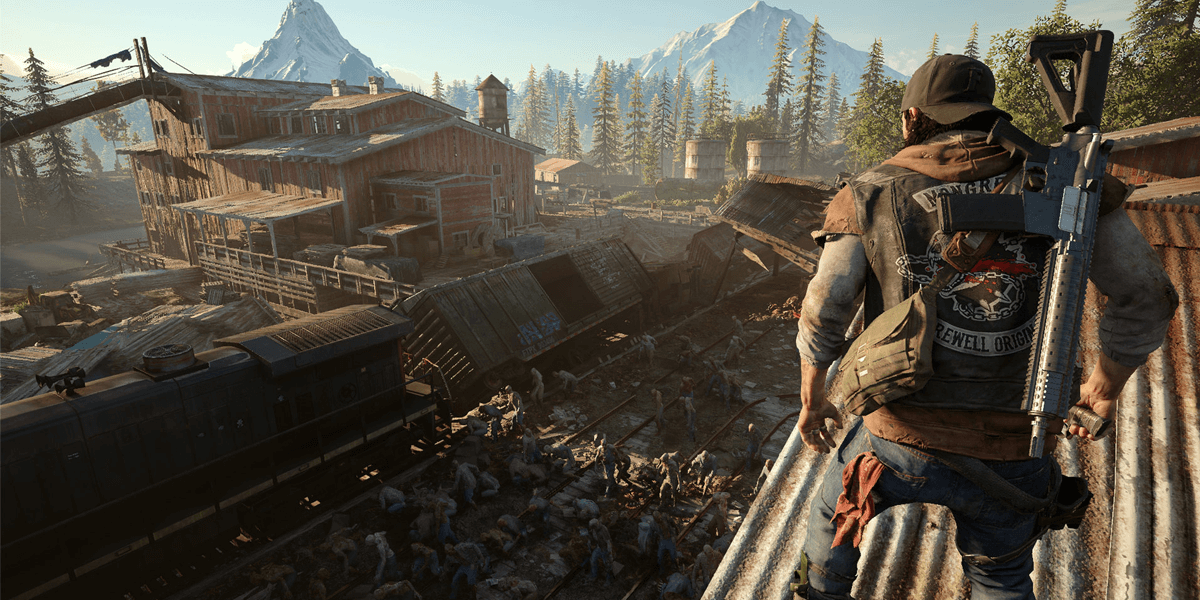