Why can't we just enjoy a movie without all of these partisan social themes constantly being shoved in our faces? 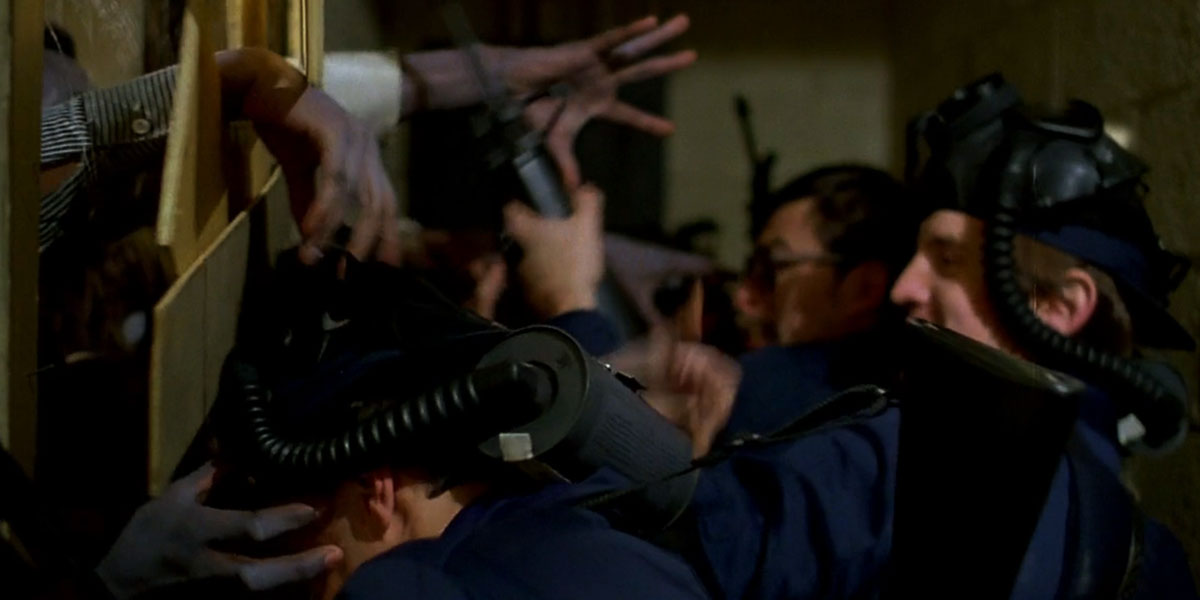 Do you enjoy a side of politics with your horror cinema experience? If recent social media and comments section sentiment is any indication, chances are you don't. And neither does area cinephile Leonardo Baratelli, who spoke with us about why he simply needs a break from horror films exhuming various political tones. Instead, he's been focusing his energy on enjoying more straightforward genre flicks, such as, puzzlingly, the late George A. Romero's 1978 classic, Dawn of the Dead.

"When you think about it, Dawn of the Dead is the perfect apolitical horror movie," explained the dimwitted buffoon, who must have been watching a completely different film than the rest of us. "It has zombies, blood, gore, and a very likable cast. It takes the viewer through all of these story beats without cramming social commentary down our throats. Writers out there need to realize this is where we go to get away from the real world. We don't need your stinkin' politics dragging us back into it!"

Baratelli, having just outed himself as a complete moron in almost every unexaggerated sense of the word, has demonstrated how he clearly watches films through a barely rudimentary lens that does not even begin to touch upon even a single pertinent theme present on screen and through dialogue. This is evident in his total lack of understanding of the late horror auteur's body of work, which is a colorful slate of fiction completely coated in commentary and discussion about society over the years.

"Nobody's done it better than Romero," declared the ignorant simpleton, who has genuinely surprised all of us with his ability to somehow maintain autonomous bodily functions, such as breathing and digestion, as he sits in the theater. "The late filmmaker, God rest his soul, was a no-frills kind of movie guy. He didn't want viewers to think too much. He simply sat back and let the action and horror speak for themselves. I wish we could return to those simpler times, but I guess it's just not possible these days."

At press time, Baratelli had just finished another satisfying viewing of Dawn of the Dead when he suddenly began mulling over the current state of race, class, media, and consumerism in America. After a few moments of reflection, his heart began to sink as he slowly pieced together what just happened.