Disgruntled "Reopen S-Mart" Protesters Slaughtered After Being Mistaken for Demons

Stay-at-home orders are continuing to take a toll on the community as quite the unpleasant scene unfolded at the popular chain's flagship location. 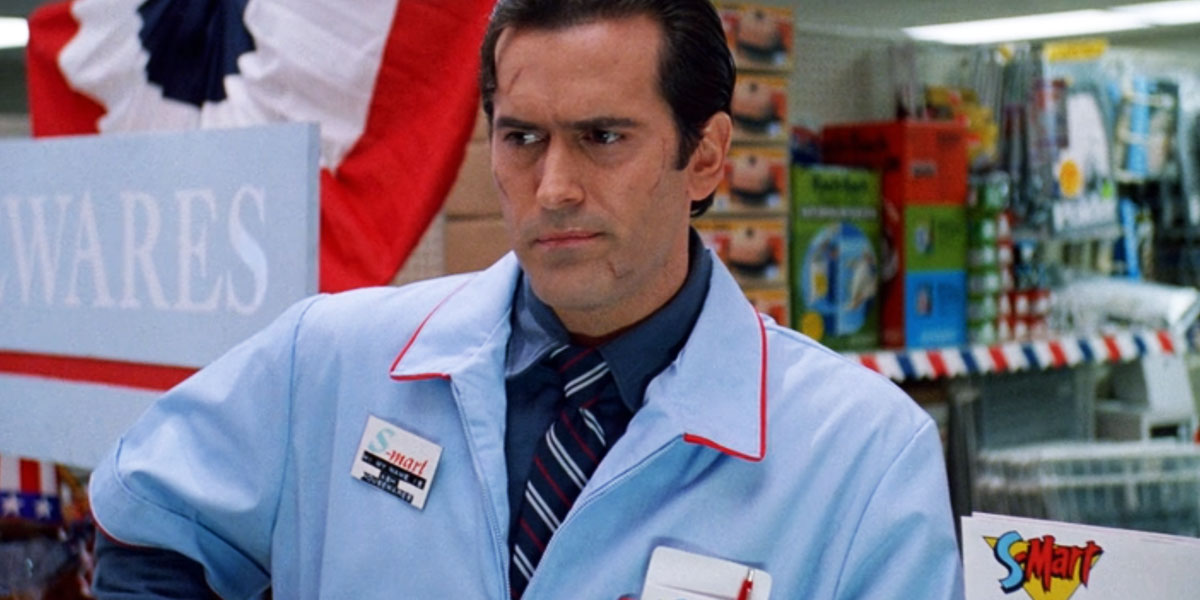 DETROIT – A chaotic scene unfolded earlier this week when tensions presumably reached a boiling point during protests outside of the S-Mart store here in the heart of Motor City. The protesters, who have been ordered to avoid non-essential travel and shopping amidst the ongoing COVID-19 pandemic, gathered to demand the reopening of the community-favorite store, among other places, as an extension of the constitutional freedom they believe is being infringed upon. Many detractors of this movement have called these demonstrations reckless and irresponsible, but the protests have continued nonetheless, leading to a violent response fueled by other, more demonic fears.

On Wednesday, local folk hero Ash Williams, who is ever a community icon and has made an illustrious career out of slaying demons (more commonly known as Deadites), caught wind of the commotion and sprung into action to intervene. After arriving at the scene, he quickly determined many of the protesters were Deadites in disguise, looking to sow discontent among the population as part of their plan to swallow as many living souls as possible. Naturally, he went to work with his shotgun and chainsaw prosthetic to put an end to the crisis. As the dust settled, and unfortunately for everybody involved, it quickly became clear these gatherers were not actually demons.

"It was an absolute bloodbath," said Louis Bernard Sr., a Detroit carpenter who is currently stuck at home during the pandemic and agreed to answer questions from a safe distance on his porch. "Ash has done a lot for this community, but he made a big mistake out there today when he thought these protesters were demons. Yeah, I have a problem with these folks not social distancing, but I understand their pain and they didn't deserve what happened there today, stupid as they may be."

Although this violent ordeal was based on a misunderstanding by an otherwise beloved local figure, the incident is sending shockwaves throughout the city during what was already a trying and difficult time for its most vulnerable residents. Adding this extra layer of bloodshed on top of current fears, tensions, and loss of life due to illness only serves to compound the ongoing unrest. Members of the community are praying they will not see any further escalation as they patiently await the conclusion of this crisis.

When asked to comment on the killings, Williams bluntly stated, "I didn't think they were Deadites," leaving those at the scene shocked and speechless. He continued, "Anyway. Remember, folks: Shop Smart, Shop S-Mart. Just not right now. It's not safe out here, so stay the hell home so we can live to fight another day. There's nothing groovy about spreading this virus thing. Get home!"

While we may not be shopping at S-Mart anytime soon, we implore residents to be considerate and keep themselves at home to help prevent the spread of the virus so we can all get back to normal sooner rather than later. Our hearts are with those who lost their lives during this week's incident and we can only beg everybody to be smarter. Stay safe, Detroit.