These absurd creative decisions just can’t be made while on the wagon. 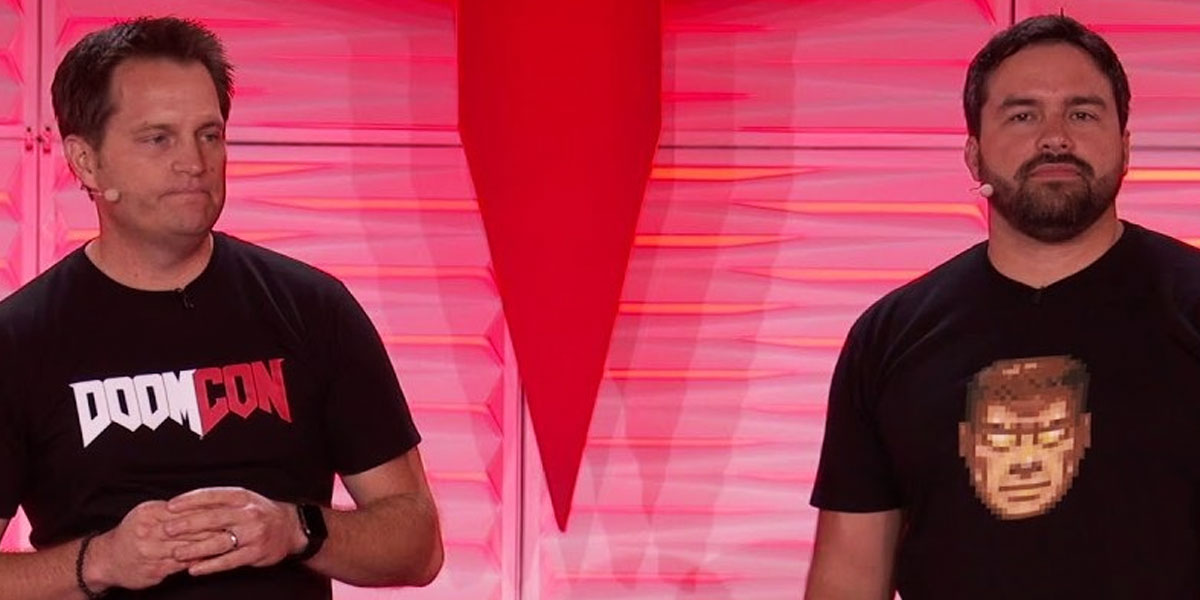 What happens when Hugo Martin and Marty Stratton, the creative minds behind the fast-approaching DOOM Eternal, gather around a table with nothing but bottles of Coca-Cola, two glasses, and at least three full handles of both Disaronno and Jack Daniels? Well, you not only get amazing cocktails but also some out-of-this-world ideas about what apparently makes a great DOOM game.

“How does a fat monster with man-boobs choking on his own exploding eyeballs sound as one of the glory kills, Marty?” Hugo asked as he came down from a wicked shot of Jack. “Afterwards, the player can move on to their next objective swinging off monkey bars and jumping from trampolines.” We observed Marty haphazardly jotting down a few notes before belligerently shouting, “How about [the] Doom Slayer get his own huge fortress?!”

“Um, yeah, that’s fucking awesome,” replied Hugo. “Let’s call it the Fortress of Doom and have it say fuck you to physics by magically floating everywhere it goes. Let’s even make our boy smarter than Neil deGrasse Tyson. This dude can open strange portals through time and space. It probably won’t make any sense, but who cares? Screw it.”

We observed a few sketches and notes off to the side and had a look at them. It was more working ideas that pretty much focused on how the Doom Slayer might be killing off some of his enemies. One of the sketches was an Imp with both vertical and horizontal lines drawn all over it in different colors, and a caption below it reading, “Ways to kill Stupid Imp with Flaming Chainsaw.”

Moving on to the next few pages, there were scribbled ideas for more glory kills. Some of the more noteworthy ones included “plasma fireball causing sudden combustion with demonic screams,” “limb-by-limb amputation and super shotgun blast to the head,” and “epic soccer kick into molten lava.” You just can’t make this stuff up, folks.

“The lava one was my idea,” Marty boasted, chuckling to himself. “Even the game’s music is bonkers as all hell. The other day we had a few drinks with Mick [Gordon] and had him record himself banging his head on his bass guitar for an entire track. The most recent story trailer featured that exact piece.”

Before any more absurd (but great) ideas could be hashed out between these two geniuses, both Hugo Martin and Marty Stratton passed out cold and started snoring loudly. As a gesture of thanks, we filled their glasses with more liquor before departing shortly thereafter. It sounds like DOOM Eternal and the future of the franchise is in very good hands.