Bram Stoker’s 1897 novel Dracula is a tale which continues to engross imaginations. The author’s definition of the vampire, an undead corpse who lusts for the warm blood of the living while disguised as an attractive but mysterious figure, remains the definitive description of the blood-sucking creature, even in contemporary times. It’s also a story which has been adapted countless times in various ways, with the latest being a three-part limited series simply titled Dracula, which broadcasted on BBC One in the U.K. while Netflix handled the show elsewhere.

The debut of this series begs the question: what sets this adaptation apart from the rest and why should anyone care about it? The simple answer is that the liberties taken with the story will be appealing to modern audiences looking for a new take on an old tale, while Dracula aficionados will either appreciate or despise how key moments from the novel play out in rather unique ways.

The premise of the series, while not giving away any significant plot revelations, follows Count Dracula (Claes Bang) in his travels from his haunting, maze-like castle in Transylvania to the England mainland in search of fresh blood and to sate his thirst to spread the undead curse, all while facing opposition from the descendants of Van Helsing and their allies. Although the broad points of the story keep it connected to Stoker’s novel, like with so many other adaptations out there some variation is inevitable and necessary to make the work feel worth it at all.

Spanning across three feature-length episodes, Dracula succeeds in getting its story across in full. Unfortunately, the last leg of the journey quite frankly jumps the shark and decimates the elegant and rousing style the show had in its first two parts. It’s as though the creative minds behind this show convened and asked themselves, “How can we make this like an episode of Black Mirror in a not-so-obvious way and bring Dracula to present time?” In any case, the final act attempts to be compelling but the whole affair at this point feels so abrupt and awkward that one might feel they’ve been cheated in ever falling for this show to begin with.

Claes Bang plays the titular role of Dracula quite marvelously and his performance is definitely one worth writing home about. However, the same cannot be said for the remainder of ensemble who give uneven performances reflective of their level of acting skills. Dolly Wells was an interesting choice in the role of Van Helsing, but she is oddly out of place in scenes with Bang and this affects their story arc together.

The production value of Dracula is easy to compliment, and the use of practical effects and props definitely add a level of appreciation you just don’t quite get as well with computer-generated imagery. Sets felt big and movie-like thanks to the careful attention to detail the filmmakers and crew took. David Arnold (Tomorrow Never Dies) and Michael Price (Sherlock) probably won’t win any accolades for the show’s forgettable theme and score, but it nonetheless hit all the necessary marks when needed.

This latest take on Dracula keeps it short and sweet with an elaborate production, and the remarkable performance of the Count by Claes Bang is worthy of a standing ovation.

The series’ questionable final act makes it difficult to recommend the show as a whole, and the uneven performances from the supporting roster can feel somewhat distracting. Dracula purists will probably loathe this adaptation but those with an open mind might find at least some appeal here.

Overall, Dracula impresses in the short-term but is likely to become a fading memory among a sea of other, much better adaptations. Claes Bang plays the part of Count Dracula wonderfully and with grace, but the remaining performances from the supporting cast are a bit of a mixed bag. While that’s not to say you shouldn’t give this one a watch, don’t expect a show that tastes like a flavorful fine red wine but instead a cheap bottom-shelf product that leaves a sour and unsatisfying aftertaste. 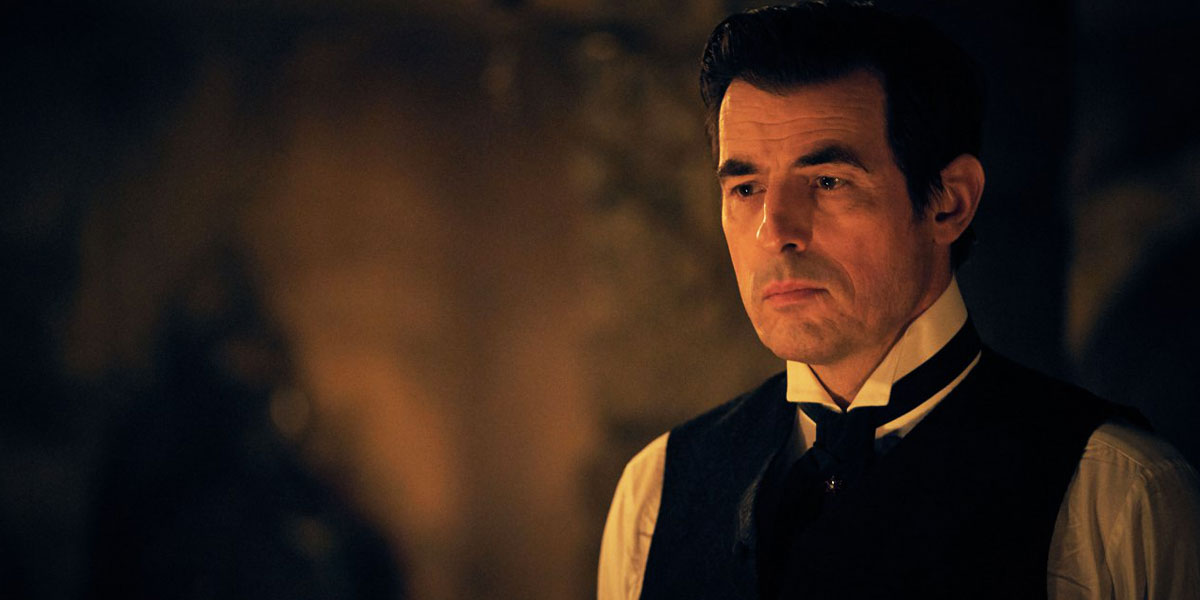 Dracula Three-Part Series Heading to BBC One Early Next Year

The bloodthirsty new series was developed in conjunction with Netflix.