Our favorite dog has some unexpected competition on The Walking Dead. 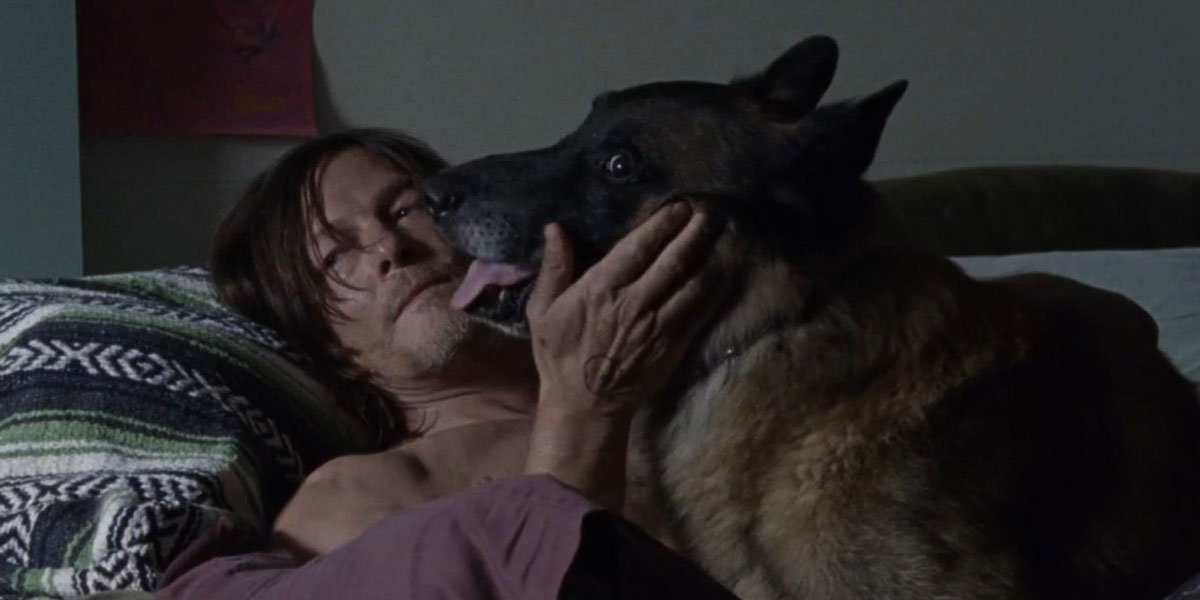 ALEXANDRIA - Earlier today, a surprised Dog was taken off-guard when his owner, Daryl Dixon, decided to bring home a cute feline from one of his supply runs. Consistent with Daryl’s simplistic naming of animals, he formally introduced his newfound Calico as Cat. Suffice to say, Dog was quite upset with this, especially considering just yesterday he was cuddling up with his owner after a long but pleasant day of playing catch and other fun activities.

“Woof!” barked Dog in an aggressive manner as Cat jumped on the couch and started kneading one of the soft pillows he likes to play with. Having none of that, he then decided to jump up on the furniture himself and started butting Cat off it with his big nose. After seeing what was going on, their owner stepped in and shooed Dog away.

Daryl then picked the cat up and started cradling her, gently petting her to ensure she felt safe and comfortable in her new home. This sudden betrayal made Dog lay nearby and start pouting while he attentively observed their every move. Even the occasional twitch in the cat’s ears made him feel suspicious about what was going on. She must be a spy from the Whisperers’ camp, Dog thought. Or maybe I’m about to be sent away from here with those helicopter people? All reasonable thoughts that went unanswered, obviously because Dog is a dog and is incapable of speaking.

In any case, after somehow realizing this, he let out a whimper to express his disapproval with everything. Daryl eventually had enough of the whining and just casually threw him the dog bone that was laying on the couch before continuing to pet Cat. He even had the audacity to give her a few kisses on top of her head and coo something he couldn’t quite make out.

Wow! Dog thought to himself as his broken heart sunk with sadness. He couldn’t believe what he was seeing and had enough of this mockery. He firmly grabbed his bone with his jaws and proceeded to leave the room, but before he did, he thought he’d glance over once just to make sure Cat wasn’t a figment of his imagination or part of some bad dream. Unfortunately, it was all too real and Dog let out a loud whimper as he went to the next room over and tried to sleep it off.

At press time, Dog and Cat were somehow able to work things out after a few weeks, but both had concerned looks on their faces when Daryl Dixon introduced them to his latest pet, Parrot.