How about showing a little gratitude on this day of thanks? 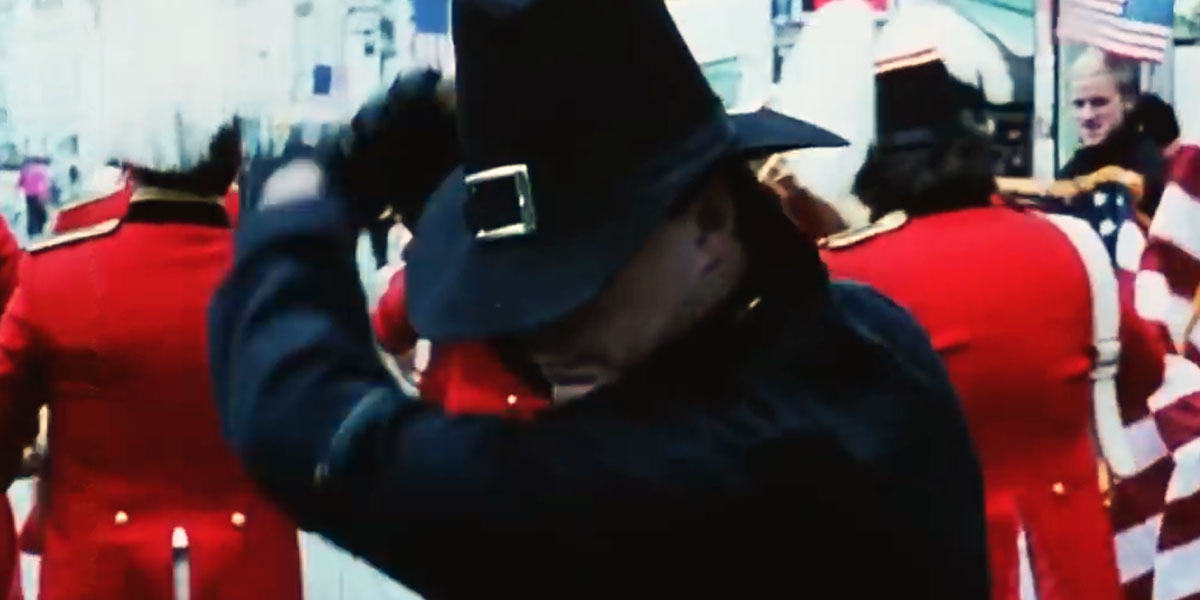 Thanksgiving is the time of year to count your blessings and appreciate what you have, but local soon-to-be murder victim Lou Bianchi must have missed the memo this time around. Although the man is currently being stabbed to death by a troubled holiday slasher, he hasn’t shown any indication of feeling thankful on this day of appreciation, which may be the reason he’s about to be killed in grisly fashion.

“This has been a really unfortunate year and this ongoing murder is just the tip of the iceberg,” complained Bianchi, who didn’t seem to have anything positive to say about his abruptly-ending life. “I honestly didn’t have any major plans this Thanksgiving, or family to see for that matter, so I decided to take a walk and here I am now being killed. Just my luck, right?”

As the unnamed killer again thrust his blade into Bianchi’s midsection, you could almost feel the air of ingratitude through the victim’s almost-lifeless expression, as though he was not happy just having the chance to walk this earth and breathe its air. Maybe the miracle of life is just one big inconvenience for this man? It sure seems that way.

“Honestly, a lot of people would kill for an opportunity like this,” the slasher commented. “Student loan debt is out of control and income inequality is running rampant in our society, leaving depression and anxiety in its wake. Any millennial would be totally happy for it all to finally end right here, right now. But this guy? It’s like he hasn’t stopped to appreciate the gift he’s been given in life and you know what we do with people like that?”

As though he was emphasizing his point, the murderer answered his own rhetorical question with another stab to the gut of Bianchi, whose life was slowly fading away on this unusually-chilly Thanksgiving afternoon. Still, he wasn’t done reiterating his poor, ungrateful attitude in the midst of this inconvenient occurrence.

“This whole world can shove it,” he bemoaned. “I can’t think of a single thing I’m thankful for. My job sucks, I can’t afford a vacation, my car just broke down, and someone broke into my apartment last week. Now I’m being brutally murdered on Thanksgiving Day and I’m supposed to be grateful? Shove it.”

At press time, Bianchi was turned away from a happy afterlife after being told that if he had just shown appreciation for one thing while he was being killed, he would have made the cut. Instead, he was resuscitated by emergency workers and forced to continue his hollow, unappreciative existence following a long and painful recovery.