Did he really think he could get away with just throwing away this treasure trove of horror stories? 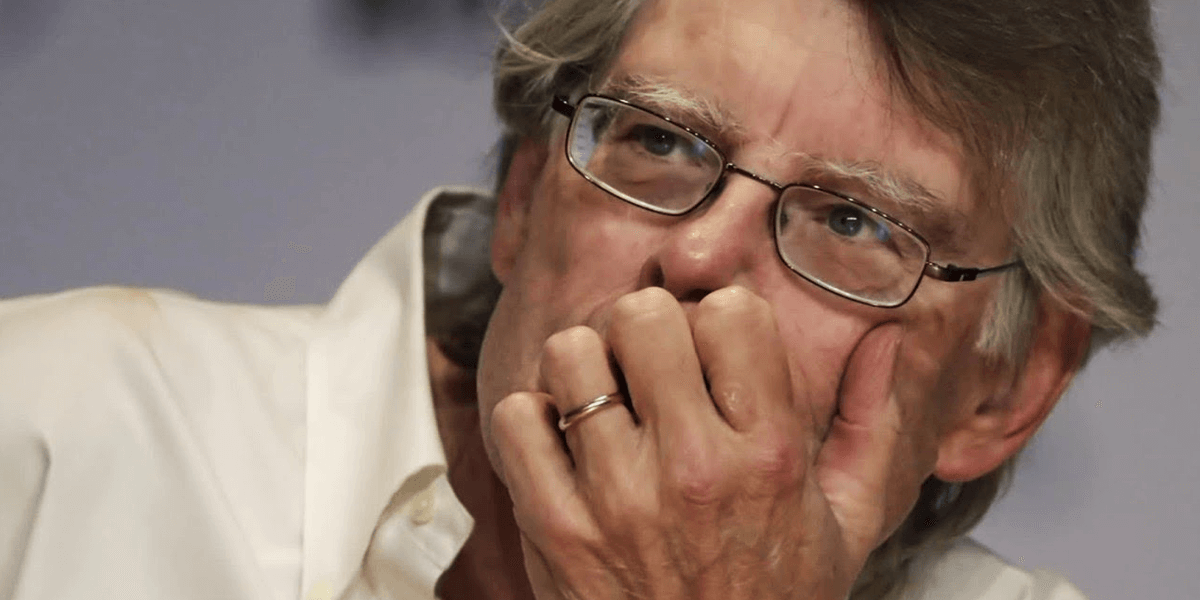 BANGOR – It’s recycling week in the city and you know that means: it’s time to haul out those overflowing blue boxes and put them at the curb. While this is like any other week for many residents, concerned Stephen King fans witnessed the famous author waiting outside his house for the recycling truck to show up and then proceeded to unload three containers full of paperwork into it.

“I’m glad that pile of trash is out of my house,” said King as he dusted his hands off in a satisfied manner. He then launched the bins over his gated fence to let his groundskeeper pick them up. “Most of that was a bunch of terrible ideas for short stories and novels. There were probably some early drafts for ‘Salem’s Lot and Doctor Sleep in there too. Hell if I know.”

The author then noticed a couple sheets of paper landed on the ground by accident. “Hey fellas, don’t forget those as well,” signaled King as he pointed towards the paperwork for the recycling crew. “We don’t need that garbage blowing around in our environment and whatnot.”

“I do know there was an early draft of Cujo I wrote back in the late ‘70s in there,” continued the author. “Something about cyborg dogs being used as a military weapon or something… What a stupid idea. I probably cooked that up while binge-drinking and vomiting in some dingy bar bathroom. There was even some white substance on the pages too that I don’t seem to recall of how it got there, but that wasn't mine. That probably belonged to somebody else.”

As we were having this conversation with King, the workers were taking notes and knew they just hit the trash jackpot with this stop. They immediately drove back to the recycling center and ecstatically unloaded his paperwork from their truck. After just a few phone calls, they were patched over to some bigwig film producer in Hollywood.

At press time, much to the dismay of Stephen King, literally all of his trashed ideas were already being ordered for adaptation into films, television shows, and even stage plays. “Oh, for Pete’s sake,” complained the horror writer. “As long as they don’t make that stupid Canine Unit Joint Operations into a movie.” But it was already too late.