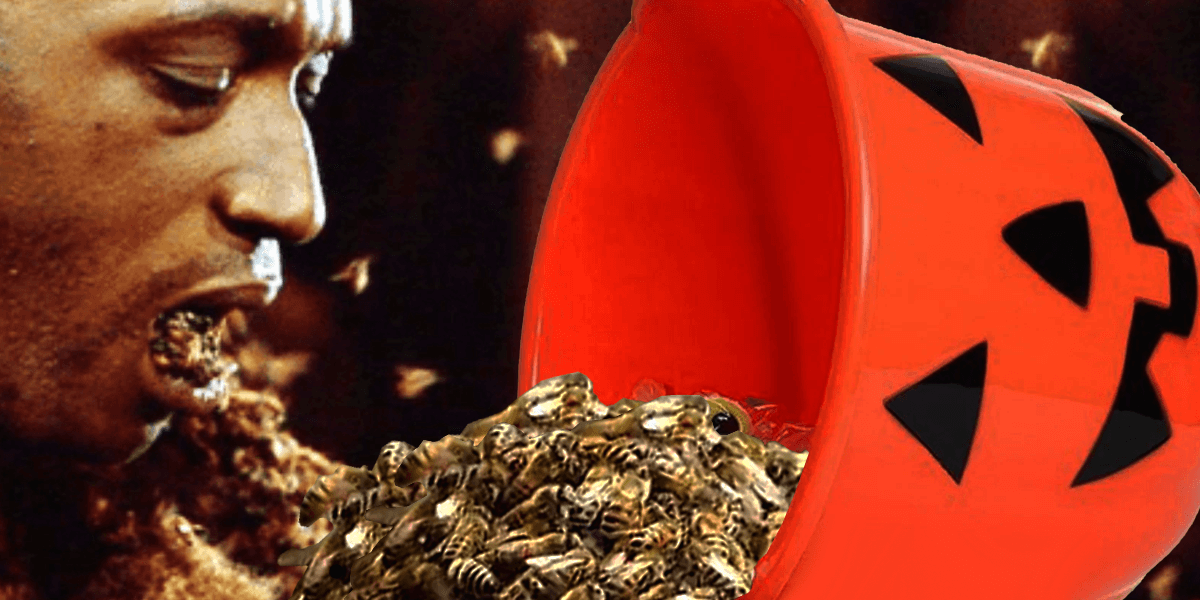 CHICAGO – Trick-or-treaters at the Cabrini-Green Homes were treated to a not-so-pleasant surprise on Thursday night when one resident began handing out some rather unorthodox “treats” for Halloween. Although this housing project has received a well-deserved bad rap over the years for gang violence and overall neglect, it’s tradition for the community to put its problems aside and do something nice for the visiting children on this holiday every year.

Local painter and Cabrini-Green resident Daniel Robitaille apparently missed the memo, according to numerous parents who brought their children by his home to trick-or-treat. While many of his neighbors were handing out the traditional Halloween candy, this man was shocking visitors by filling their bags with live insects in what must have been some kind of ill-conceived prank.

“As my two kids returned from ringing this one-handed man’s doorbell, I knew something was very wrong right away,” said one parent who wished to remain anonymous with a police complaint pending. “There was this distinct buzzing sound and some unusual movement in my son’s bag, so I opened it up only to be attacked by a swarm of angry bees. What kind of sick joke is this?”

When the parent who spoke with us stormed back to Robitaille’s door, he was seen greeting a new set of trick-or-treaters. Witnesses say he was vomiting numerous bees into each of their bags and sending them on their way. Confused, these children would walk off with a potentially deadly surprise waiting for them shortly thereafter. When the police were called, the resident fled his apartment to an unknown destination, even leaving his prosthetic hook behind.

Robitaille is still at large and we would advise this man to take a long hard look in the mirror to reflect on his actions. Turn yourself in and end this nightmare!