Who needs a reboot when you have a true visionary filmmaker at the helm? 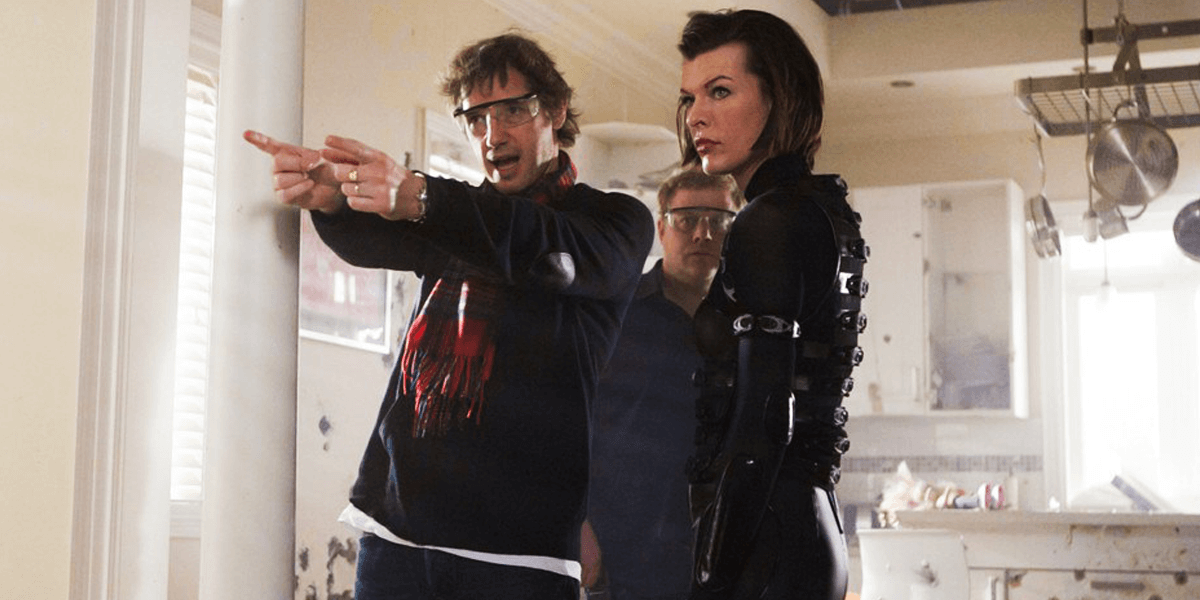 It’s been almost a year since we’ve heard any significant updates regarding the Resident Evil movie reboot, but today brings us the rather delightful news that the entire idea has been scrapped in favor of bringing back Paul W.S. Anderson to write and direct the next film as well as every future installment, permanently replacing that Johannes Roberts guy, whoever that is. Wow, this is great news!

As fans around the globe know, Anderson brought us the outstanding 2002 film adaptation along with Resident Evil: Afterlife, Resident Evil: Retribution, and Resident Evil: The Final Chapter, overseeing the film franchise as a whole to boot. All of these were amazing movies that pulled in huge box office numbers. Rumor has it that Constantin Film, the production company behind the previous films as well as this reboot, practically begged for the legendary director to come back like the good old days.

“Resident Evil is total rubbish these days and has been for quite some time,” admitted Anderson in a new interview. “The best approach, I believe, is to think of this as a literal reboot, like we’re hitting the reset switch on the series itself and making something else altogether. Let’s do it.”

When asked to elaborate on the reboot comment, Anderson cautioned that fans may want to prepare themselves for something completely different.

“This film won’t have any characters or storylines that have come before,” continued the legendary filmmaker. “Absolutely no zombies in the traditional sense… What about zombified dinosaurs or extraterrestrials? There’s a lot of good ideas here. The whole Umbrella Corporation and human experimentation stuff has got to go too – I mean, really? That was some embarrassing material they had me work with, so it’s not my fault at all if you hated my films. Blame Capcom and their creative team.”

Anderson grabbed a champagne flute and then popped the cork on a twenty-year-old Dom Pérignon, which he was saving for a special occasion such as this. He started pouring some into the glass and then continued, “This movie is going to have it all except for anything fans would expect from a Resident Evil film. Why risk beating that dead horse? Let’s face it, everything after Resident Evil 4 was bloody dreadful and that title came out almost fifteen years ago. It’s time we move on to new horizons. Oh, and before you ask, my wife Milla [Jovovich] is absolutely some kickass lead character.”

“Fans will hate me now, but this is really for the best,” he added. “Actually… When I think about it, there wasn’t really a whole lot of humor in the series was there? Maybe a horror-comedy series could be a great new approach going forward. What do you think?” Just as we were about to answer, he held up his hand to shush us. “It doesn’t matter what you think! That’s what I’m going to do.” Anderson then abruptly ended our interview.

Well, there you have it, folks. We’re very glad that Constantin Film came to its senses and brought back someone who truly knows what they’re doing. Who the hell was Johannes Roberts anyway? Nobody knows and nobody cares. A literal reboot of the franchise? What a brilliant idea! Paul W.S. Anderson has this all figured out quite nicely and we can’t wait to see what he comes up with!