The actress promises a “sensational” end to the David Gordon Green-directed trilogy with Halloween Kills and Halloween Ends. 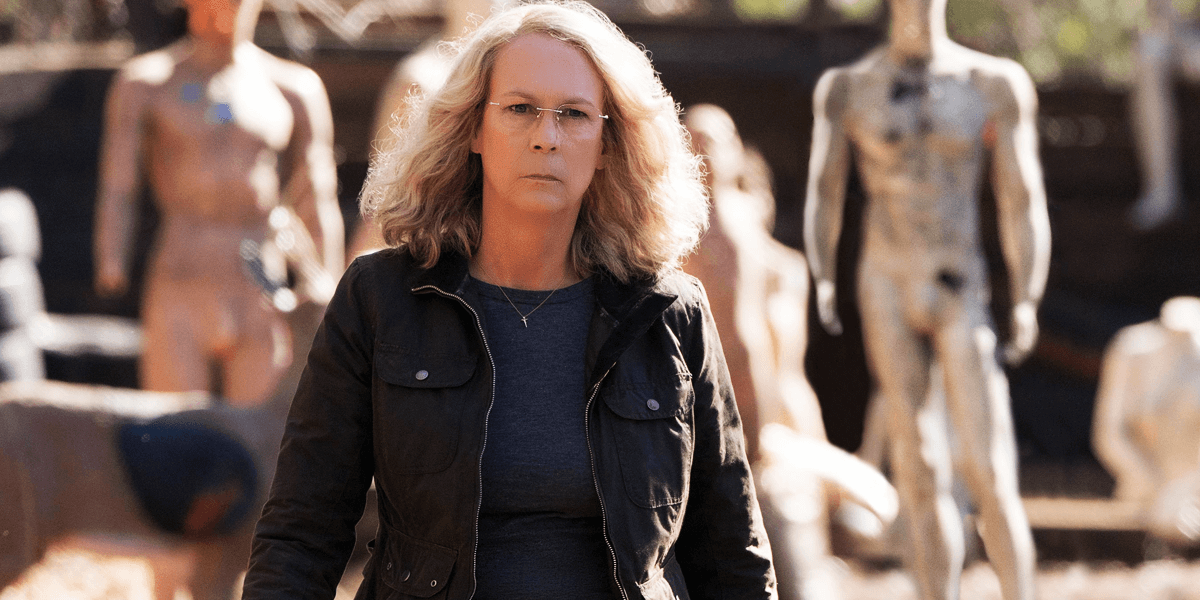 Filming is now underway on two Halloween sequels being produced back to back, the first of which is titled Halloween Kills, and Laurie Strode actress Jamie Lee Curtis recently took the time to reflect on her return to the character for the 2018 film. If that wasn’t enough for you, she also previewed the themes of the upcoming two sequels and promised a “sensational” end to the trilogy.

Speaking to Collider, Curtis first spoke on the nature of reprising her role in a film that really was all about trauma at its core. Sure, she kicked some serious ass, but the appeal of the film comes at a much deeper and more meaningful level for her.

“The ass-kicking part is the fan-favorite part,” she explained. “But from my standpoint, I didn’t go into it because I got to kick Michael’s bottom. I was particularly drawn because it was a movie about trauma. We have horror movies that are horrific and we have these horrific events take place, but we leave the movie theater and then we complain that the dishwasher doesn’t work. The trauma that occurs for these character for forty years, I felt was very important that David understood that and was really giving Laurie great honor to acknowledge that her experience of her life was very challenged.”

“And then kick his ass,” continued Curtis. “And then you realize that it, in fact, was all like a spider’s web, but in order to go to the spider’s web, you also had to see the fragile person. And I was grateful [that was the angle]. I think that if from the opening section I was kicking butt, it wouldn’t have had the emotional reaction that people actually had.”

The actress also touched on Halloween Kills, which brings back at least a couple familiar characters from the original film in Tommy Doyle and Lindsey Wallace, and there’s a reason for that. She commented, “What I love that David and Danny and company did is they connected the dots for forty years, now they’re going back to really unpack the first movie, bringing back all those characters whose lives were affected by what happened in 1978.”

In terms of what to expect from the third and final installment, Halloween Ends, Curtis believes fans should have high hopes for what the team has planned.

“And then the last movie is the sort of cultural phenomenon of violence,” she added. “That’s what the third movie ultimately is, a very powerful examination of violence. It comes at it from a slightly different way. You’ll like it…. If you believe in me at all, I promise you what David Gordon Green has come up with as a way to complete this trilogy is sensational.”

Halloween Kills will see the return of Jamie Lee Curtis’ Laurie Strode, Judy Greer’s Karen, Andi Matichak’s Allyson, and James Jude Courtney’s Michael Myers, with original Shape actor Nick Castle also on board for voice work and to possibly even don the mask for a few scenes. The film will additionally star Anthony Michael Hall as Tommy Doyle and Kyle Richards as Lindsey Wallace, two characters who appeared in the first film. John Carpenter is returning to compose the music for this sequel as well as the next.