Sorry ninjas, but this cinema chain is looking for a different kind of clown. 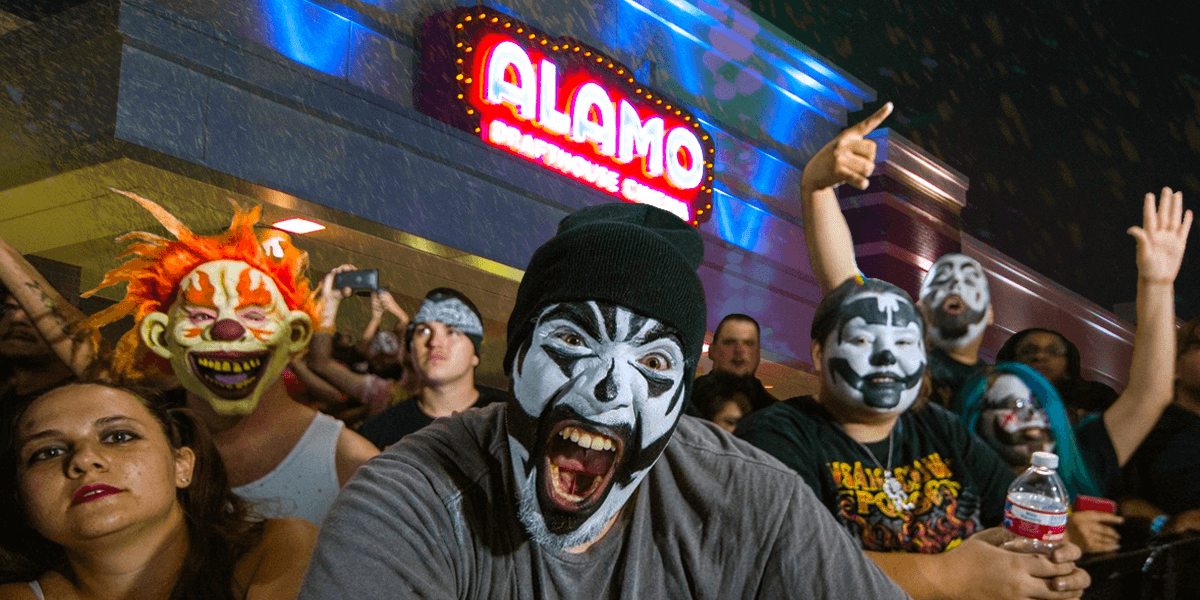 With the highly anticipated It: Chapter Two on its way, cinema chain Alamo Drafthouse announced it would be holding “clowns-only” screenings of the film at 17 locations. After all, what better way to dial up the scare factor of this movie’s premiere than flooding the streets with even more terrifying clowns before and after the movie? However, droves of juggalos, as fans of Insane Clown Posse often refer to themselves, are inquiring about these events and have forced the company to respond.

“I can’t emphasize this enough, but no, these screenings do NOT include juggalos,” said Tim League, founder of Alamo Drafthouse, at a hastily-organized press conference. “At Alamo, we place a strong value on quiet and respectable enjoyment of cinema. Can you imagine trying to get through a tense Pennywise scene with howls of ‘whoop whoop’ and other juggalo vernacular echoing through the theater? God help us all if we ever allowed that.”

When one member of the press in attendance pointed out that juggalos often wear clown makeup to pay tribute to their idols, Violent J and Shaggy 2 Dope, League’s expression quickly turned into a scowl.

“No, no, no,” he sharply exclaimed. “Just stop. No. First of all, you can’t bring any outside food or beverages into Alamo Drafthouse. Have you ever seen one of those clowns without a couple bottles of Faygo in hand? If we allowed juggalos at these screenings, the place would be covered in cheap soda from floor to ceiling. There’s just no way that would work out. No way.”

After a brief-but-awkward silence, League continued, “I can’t believe I even have to get up here to talk about this. Are juggalos even a thing anymore? I thought they only came out once a year anyway, and don’t they just wreck a public park and then go home? But this is ridiculous. No, juggalos will not be allowed into these screenings. In fact, I am hereby banning all juggalos from Alamo Drafthouse for life. It’s done. I can do that. Any questions? No more questions.”

At press time, a horde of outraged juggalos interrupted their Gathering of the Juggalos festivities to begin their march from Springville, IN to protest at the Alamo Drafthouse headquarters in Austin, TX. Many were never heard from again.