Zilla Still Kind of Pissed He Was Stripped of “God” Status

This disgraced creature has just about had it with all the unjustified hate. 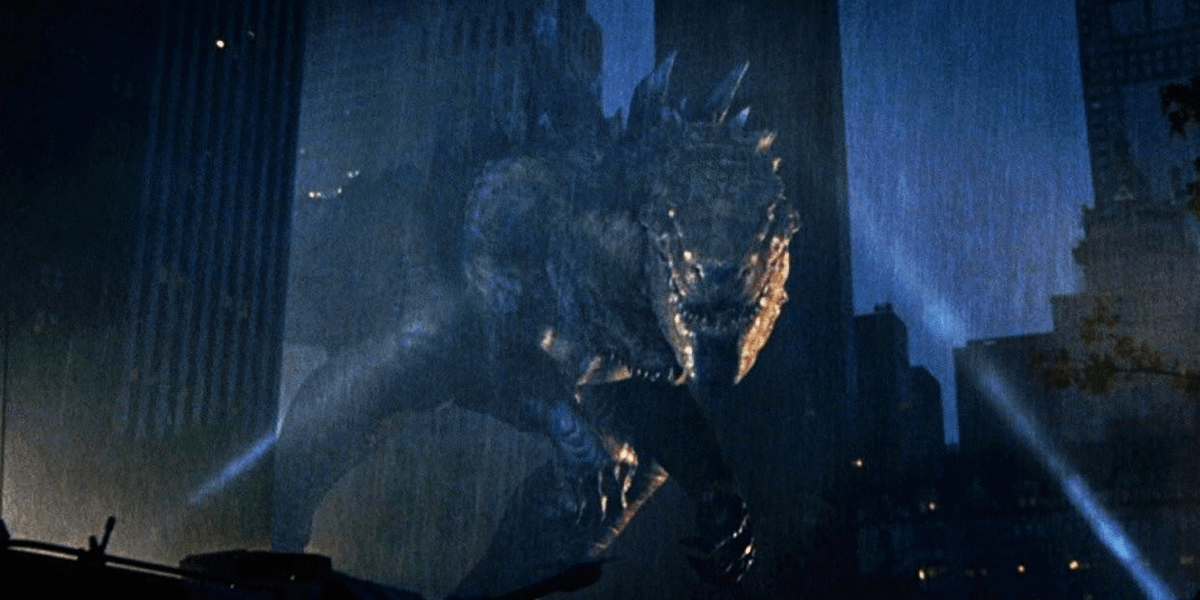 We all know TriStar’s Americanized Godzilla movie was garbage, but did this ill-fated king really deserve all that hatred? Americans couldn’t get enough of Steven Spielberg’s Jurassic Park, but where the hell was everyone when a dinosaur-looking Godzilla (now known only as Zilla) roared into theaters back in 1998?

This was completely unacceptable, because without the support of millions of American moviegoers, he was stripped of his “God” status by the one or two people working at Toho Company in Japan at the time. It was probably Ryūhei Kitamura.

“It’s been over twenty-one years since my fall from grace,” said Zilla, as he scooped up a handful of fish mixed with an assortment of plastic pollution into his huge mouth. “Roland Emmerich thought I looked pretty badass when I had a run-in with him while he was on a Caribbean cruise. Say what you will about his terrible movie, but come on, what is everybody’s problem with me? Enough is enough! I was even forced to relocate to the northern part of the Pacific Ocean after years of constant harassment.”

Zilla now resides in what is known as the Great Pacific Garbage Patch, where an estimated 1.8 trillion plastic pieces are scattered across a 1,700-mile radius. It’s also littered with other garbage, such as hundreds of copies of Atari’s E.T. the Extra-Terrestrial and, more recently, Metal Gear Survive and the PlayStation Classic. This is quite disrespectful of us to let this creature, who once held the prestigious title of Godzilla, King of Monsters, live in these horrific conditions. Not only that, but what exactly are we doing about all this pollution? As it turns out, the creature has a brilliant solution to this issue.

“I could probably vaporize all of this right now with my atomic breath if I wanted to,” Zilla explained. “But to hell with all of you after you abandoned me and let those pricks strip me of my rightful title. Humanity can go ahead and kiss my dinosaur ass, along with that other so-called Godzilla.”

At press time, Zilla took some satisfaction knowing full well he was contributing to the destruction of planet Earth after he took a monster-sized dump in the ocean near the mainland.