This concerned explorer has made quite the discovery, but isn’t all too surprised at the reason why this society was wiped out. 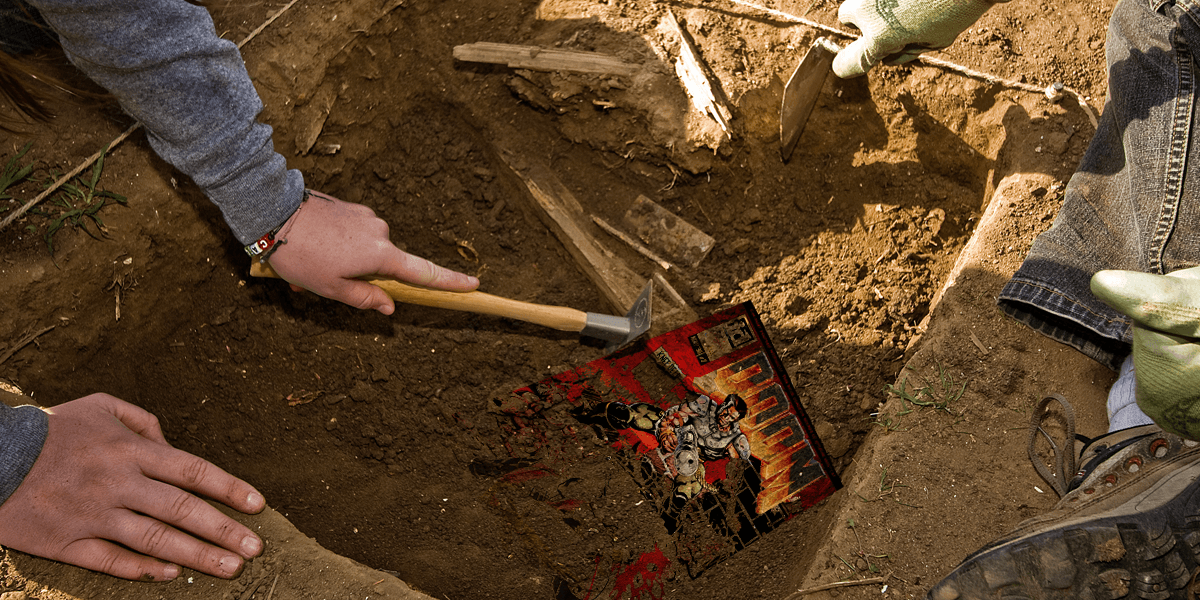 THE DISTANT FUTURE – While searching for remnants of a long-destroyed society, archaeologist Louis Bambino did not expect to find a ripped and torn up book conveniently hidden underneath several layers of rubble, which included a massive McDonald’s sign, a stainless-steel refrigerator with an ice maker, and even several more copies of Atari’s E.T the Extra-Terrestrial. However, none of this other material was familiar to the explorer, except for the book, which had a similar format to their holy scriptures back home on Planet 4 in the Zeta Reticuli system.

Bambino and his crew were part of an expedition tasked with figuring out what happened to civilization on Earth, where evidence seemed to point to a catastrophic disaster completely wiping out all life. The planet was now uninhabitable due to deadly levels of greenhouse gas emissions in the atmosphere and significant damage to the surface. On top of that, Earth was also too close to its sun and studies have speculated that within several thousand years, it would eventually collide with it. Bambino was rather amazed this book, simply titled DOOM, managed to survive the incredible wasteland.

Upon flipping through the book for clues, Bambino suspected that space aliens invaded Earth and attempted to destroy them. However, a nameless and heavily-armed individual stood up for humanity in a series of ridiculous battles. For instance, the gun-wielding brute ran out of ammo and grabbed a sort of mechanical saw to help lay waste to some grotesque creatures in order to then snag their weapons to use against them. In another scenario, the unhinged man knocked down several doors and unleashed a firestorm of bullets from a chain gun, which he snagged from the hands of another dead creature.

The most damning piece of evidence in the book was when the man indicated how civilization was unable to safely dispose of its radioactive waste and protect the environment. Could this be a clue to the events that later unfolded? It seemed apparent there was a deep concern for what type of world they were leaving their children and future generations alike. As it stands, it seems reasonable to conclude they were unsuccessful in their attempts to right the course.

While this radioactive waste problem seems like a very good explanation for what happened to Earth, could there be other reasons why it is now a barren and inhospitable place? More importantly, what happened to this nameless hero and his heavy firepower? We may never know the answers to these mysterious questions, but the search continues.