This ectoplasmic blob might be a great marketing strategy, but it could put the fast food chain out of business. 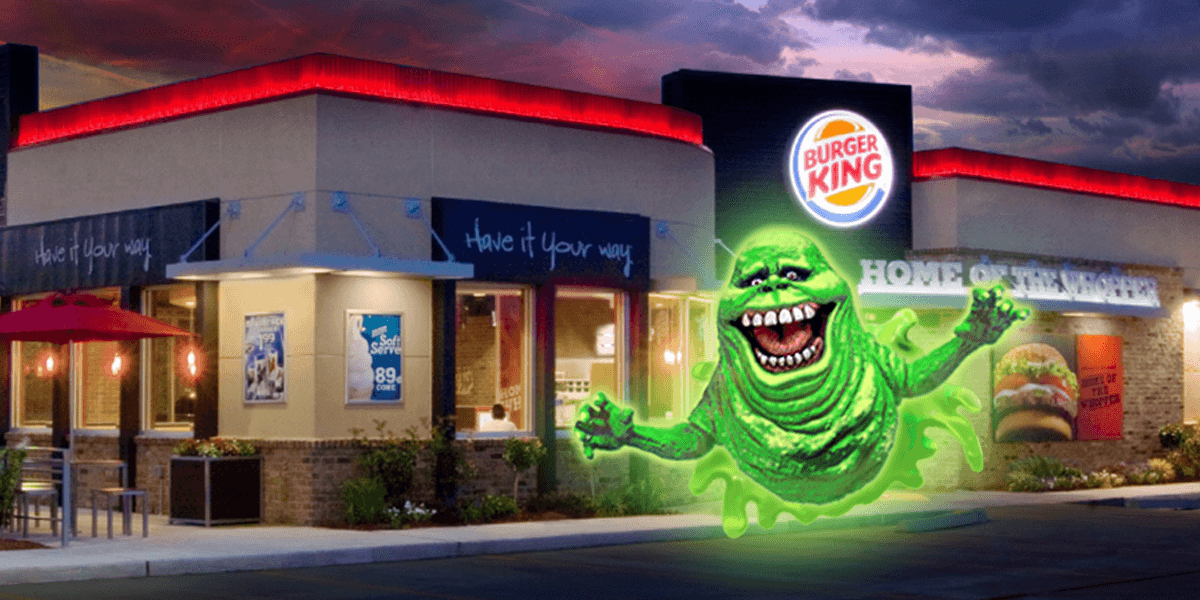 In a desperate attempt to generate revenue and satiate its hungry for-profit shareholders, Burger King announced this week its newest mascot is none other than Slimer, who as many know has been a thorn in the side of the Ghostbusters since the early ’80s. This legendary ghost is made up of pure ectoplasm and could easily defeat anyone foolish enough to challenge it to an eating contest.

It even recently defeated Takeru Kobayashi, who previously held the world record for consuming 41 Summer Shack lobster rolls in just ten minutes. Slimer waltzed into a local Burger King and consumed the entire restaurant’s food supply in less than five minutes. It raided the fridges, snatched up customers' orders, and even ate the waste placed into the garbage receptacles.

News of this event went viral and prompted the fast food chain to reach out to Slimer to gauge its interest in becoming their newest mascot. To the company's delight, it didn’t want any money, since it really has no need for any, and the two parties instead agreed on a deal to supply it with as much food as it wanted throughout the collaboration. Burger King even made a brand-new green burger, which was appropriately coined the Slimer Whopper and is said to contain actual ectoplasm.

To top it off, Burger King produced a bold commercial where Slimer causes a ruckus at a KFC and RoboCop, donning a ridiculous Colonel Sanders getup, steps out of a cleaner’s closet and intervenes. A chase ensues that rather conveniently ends at a Burger King. The green blob then makes the Colonel Sanders RoboCop consume his signature Slimer Whopper, which he seems to enjoy very much. The commercial finishes with some epic breakdancing moves from everyone in the restaurant, which honestly felt reminiscent of that scene in Mac and Me.

At press time, Burger King announced it was filing for Chapter 11 bankruptcy after Slimer went on an eating binge throughout many of the company’s locations across the country. Surprisingly, KFC immediately showed an interest in acquiring the burger chain in order to save it from utter ruin. Yes, there is even a plan to send RoboCop himself, in a full Colonel Sanders outfit and carrying a bucket of original-style chicken, to finalize the deal.