This fraud has been hiding among elite horror fans for too long and we’re glad he’s toast. 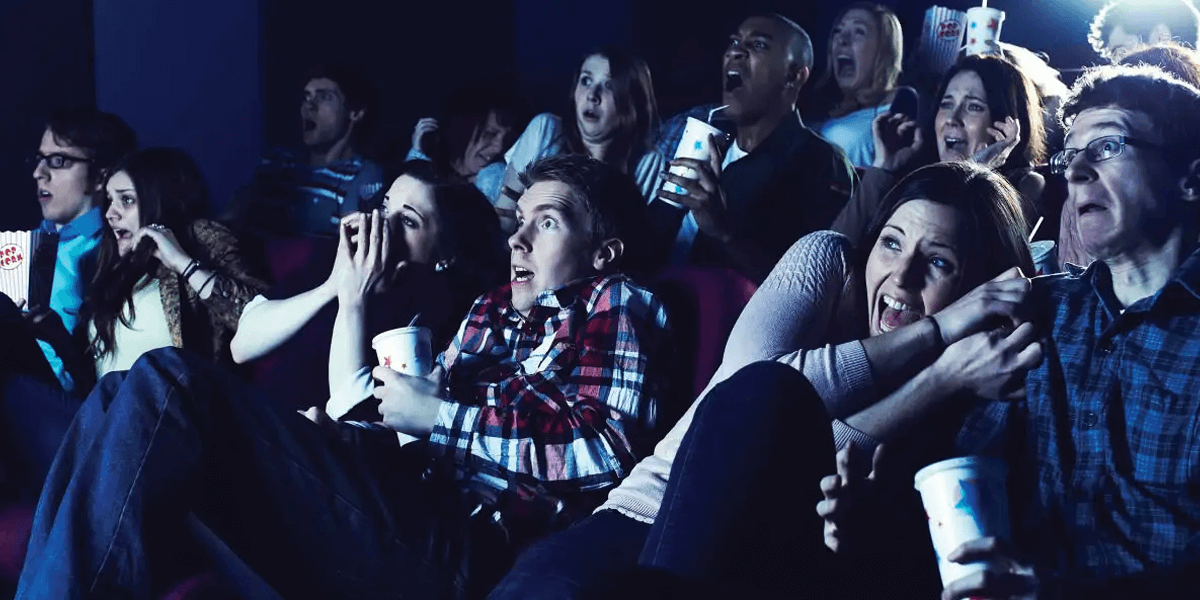 The average moviegoer usually feels something while sitting through a scary movie, whether it be anxiety from a stressful situation our protagonists have found themselves in or the embarrassment of spilling an ice-cold soft drink on themselves following a typical jump scare. Whatever the case may be, horror filmmakers are doing their jobs right if they’re successfully scaring their audiences.

However, we all probably know this one boring guy who is one of the many who proclaim themselves to be the king of everything horror. He’s you’re go-to guy for useless trivia, such as how the chest bursting scene in Alien was filmed in a single take with four cameras or mansplaining the already absurd science behind the Ghostbusters’ gear.

These individuals, and we’re really talking about men here, have been sitting through scary movies across the country for years without breaking their unspeakable but mutually understood code of conduct. They are fearless beasts who claimed to have seen hundreds, if not thousands, of horror movies and can easily defend their rambunctious egos by showboating their enormous and expensive collections of nerdy merchandise. Interestingly, however, they have trouble explaining their deteriorating financial situations and are quick to shrug it off by saying it comes with the territory.

Anyway, displaying any emotions of fear could have catastrophic effects and immediately compromise their prestigious positions as elite horror fans, which is an exclusive club for people who know these types of movies like the back of their hands. They watch horror films not to be scared, but to admire the cinematography while enjoying the beauty of some grotesque brute tearing apart a human being.

Hell, they even have the audacity to shovel down whatever concoction of food can fit into their big mouths during these repulsive death scenes like it’s nobody’s goddamn business. It all seemed to be going just fine and dandy for these folks until some damned fool named Lance Barzoli, a so-called seasoned horror fan, dropped the ball and flinched during a highly predictable jump scare. Sheeeiiit!

He just might have gotten away with it too, had he not spilled his oversized popcorn everywhere and disrupted the movie-watching experience for another, actual seasoned horror fan who cannot be identified due to a publication ban. The individual even recognized Barzoli as a YouTube personality who created daily horror content, which meant he had plenty of grounds to accuse him of being a fraud after witnessing this utterly amateur display unfold before him.

Within twenty-four hours, Barzoli’s situation spiraled completely out of control. Every single one of his videos were overwhelmed with negative comments, some of which were death threats, and he gained too many downvotes to possibly count. This forced him to make the right call and permanently close his account with YouTube, since he clearly proved himself to be a total sham. Even his wife, who’s also into horror, decided to file for divorce and move out their home, citing irreconcilable differences in the court documents we viewed.

At press time, Lance Barzoli’s membership as an elite horror fan was being permanently revoked. To add further insult to injury, even the door slamming on the frame as he made his way out the room caused him to jump in fright. What an amateur.