The American folklore hero will soon be taking the world by storm. 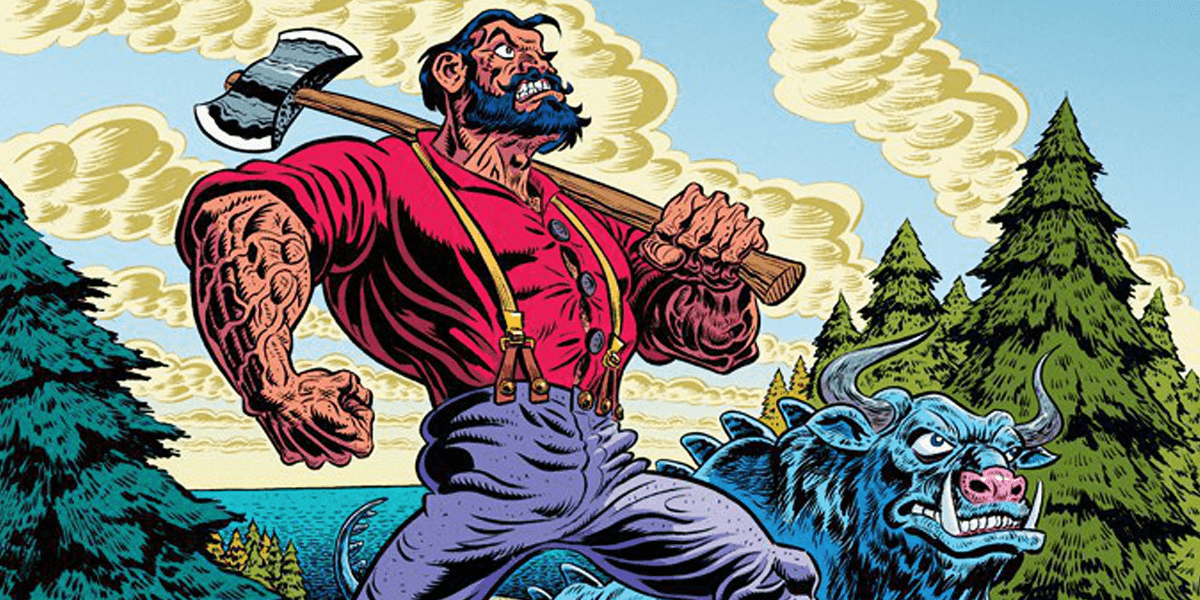 LOS ANGELES - Move over, Godzilla and King Kong, because there's a new kaiju in town and his name is Paul Bunyan. Alongside his faithful Ox companion, Babe, this giant lumberjack of American folklore fame is the inevitable byproduct of the world's most entertaining genre. Featuring decades of blockbusters, kaiju films have provided countless hours of entertainment for moviegoers and Paul Bunyan is smashing into the scene to claim his rightful due with a vengeance.

Armed with a huge axe and a mighty swing, no foes are a match for this giant and the rage of his trustworthy blue beast as he arrives to silence the naysayers. While few could match the rain of destruction he could inflict on his enemies, he has opted to use his power for good, much like his dinosaur counterpart, Godzilla. When the forces of terror threaten life as we know it, Paul Bunyan is there to stand on the frontlines as a bastion of humanity.

"When you think about it, Paul Bunyan has always been kind of underrepresented in the kaiju genre," some random film executive told us. "Well before pop culture came up with Gozilla and what-have-you, stories were being told of this great lumberjack and his loyal Ox companion. We want to do an action-packed thriller." At the time, we weren't sure what the hell this guy was on about, but then we quickly realized he had a point and we didn't need much convincing. Paul Bunyan is a goddamn kaiju of legend.

It's only natural that this revelation would lead to several production companies all greenlighting their own take on the giant lumberjack, attempting to order scripts pitting him and Babe against every manner of monstrous creature, ranging from the Kraken to Megalodon, giant spiders, and more. Basically, all of these ideas sound totally awesome. Has Hollywood ever steered us wrong?

At press time, a studio producer just finished pitching a fresh idea for a sequel that will this time pit Paul Bunyan against the Jolly Green Giant. Audiences can't fucking wait.