QA Tester has no clue he’s totally screwing with the prisoners stuck inside this puzzle game. 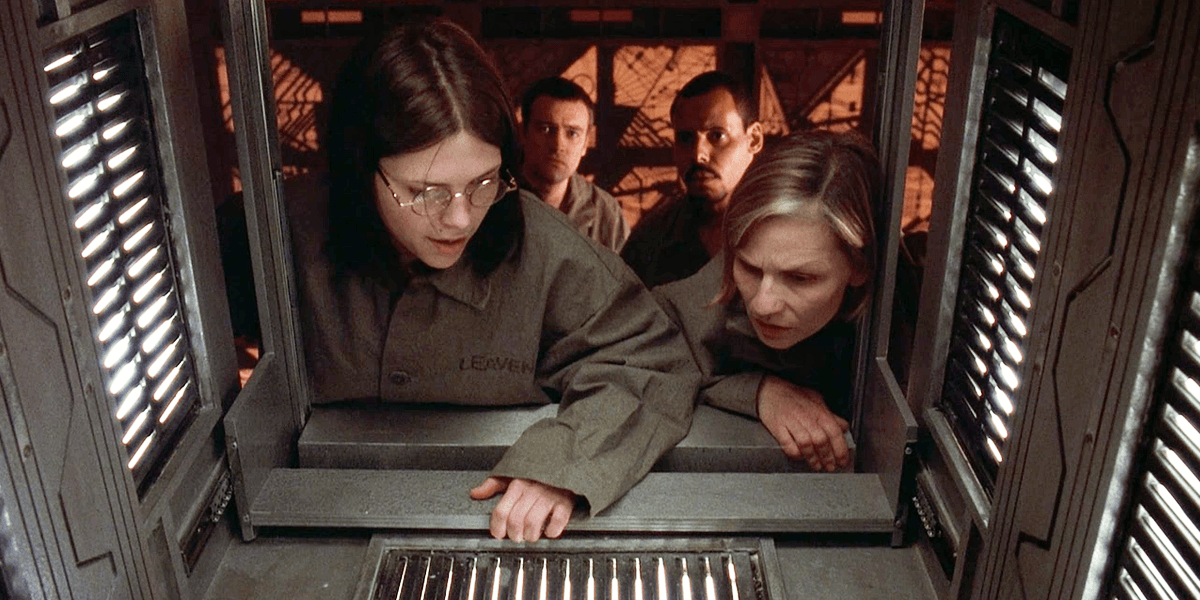 Talk about a game of bad luck for four individuals kidnapped against their will and trapped inside a massive structure designed as a pilot project to test a revolutionary new way of playing Rubik’s Cube, which was a puzzle game invented in the ‘70s by a Hungarian professor named Ernő Rubik. According to our sources, Rubik is responsible for the commission of this highly classified project, with testing beginning earlier today at a top-secret United States Air Force facility in Nevada.

Paul Tarpe, the company’s temporarily contracted quality assurance (QA) tester for this project, a half-baked loser who doesn’t know much about anything or even how to play Rubik’s Cube, was in dire need of a second job to stay afloat in his otherwise precarious choice of a career as a part-time journalist for a small-time local newspaper. When he saw the job posting for an available QA Tester position at his local unemployment office, he quickly fired off his poorly-designed, Notepad-formatted resume to the appropriate people. There’s no question Tarpe was purposely selected for this position due to his sheer stupidity and ignorance.

Concerning the structure, it featured 1,434 interconnected chambers, which at first glance appear alike to each other apart from the variety of different shades of lighting. However, as we came to learn, there was more than meets the eye. As it turned out, most of the rooms were rigged with a concoction of deadly traps that activated when tripped by an intruder. Pretty much any assortment of vile and lethal trickery you can imagine was integrated into structure’s trap designs, thanks to contributions of deranged fellow architects and acquaintances of Rubik.

Surprisingly, this knowledge was fully disclosed to Tarpe, who listened with one ear and let the information go out the other, much to the delight of the team. They then had him sign numerous legal documents, which he immediately did without any hesitation, one of which was an agreement to receive a pay rate somewhere below minimum wage with zero benefits.

At press time, Tarpe was still shifting the massive structure around in various incorrect combinations while only two prisoners remained alive, one of which was close to solving the puzzle from within with the aid of some astronomically complex mathematical equation to crack the code, bypassing the tester's seemingly erratic and idiotic behavior.