Guy Wakes Up in Parallel Universe Where Nobody Knows Horror

You thought you were having a bad day? Think again. 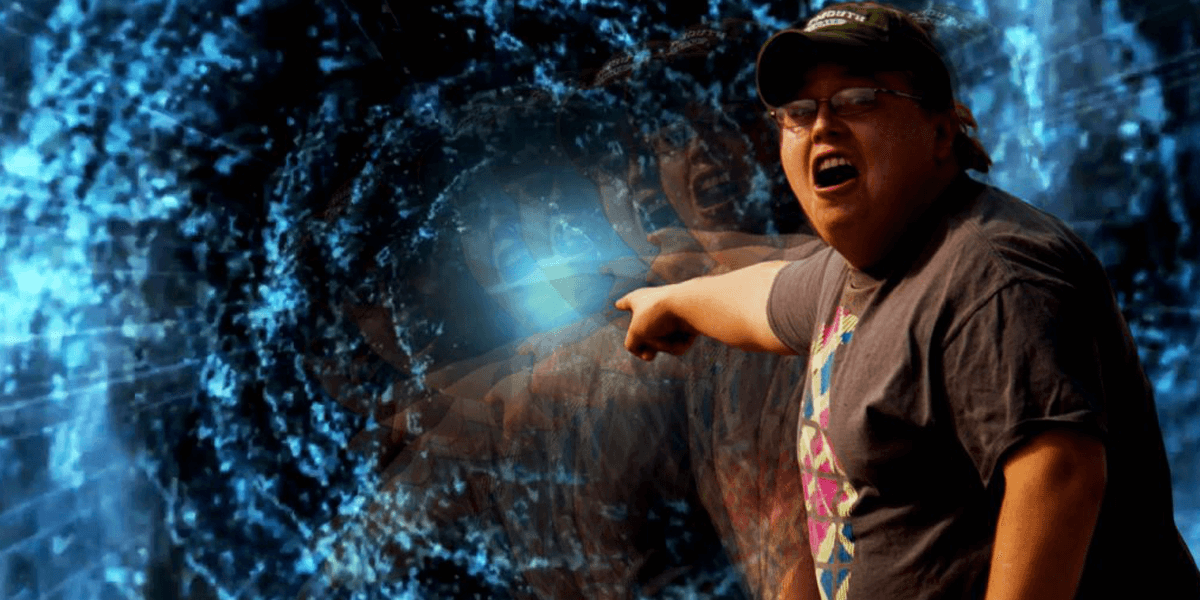 What if you suddenly just woke up in a parallel universe where everything seems to be the same but nobody has any clue what horror is? Well, that’s what happened to local horror fanatic Quinn O’Connell, who awoke from a deep sleep and somehow ended someplace quite different.

“I’m freaking out, man,” wailed O’Connell, who was wearing a mashup of props from a variety of different horror villains such as Chucky, Jason Voorhees, Leatherface, and probably Mister Babadook. In all honesty, his disastrous getup looked rather tacky and it was something an average person might be rather embarrassed to walk around in. However, that didn’t seem to faze O’Connell in the slightest. Not to mention the fact this man must have clearly went to sleep wearing this ridiculous costume.

“I’m not sure how it’s possible that nobody ever thought of inventing this genre,” he continued. “Actually, I can’t even find any reference to a definition of horror whatsoever on this planet. What the hell gives?” However, the explanation is not as baffling as O’Connell might think. The people living in this parallel universe are a seemingly peaceful bunch and violence or terror of any kind is simply nonexistent. So, it seems rather obvious they wouldn’t think of creating a genre of entertainment that is a complete opposite of their reality.

O’Connell, still in denial of the facts and searching for answers, stormed into an aptly named video rental stored called Jolly Video. As we entered, the familiar-sounding owner warmly greeted us and offered us complimentary lentil soup, which we presumed must be some type of custom in this universe.

While O’Connell slowly began to lose his cool, we had a very insightful and witty conversation with none other than George A. Romero. Yes, the late horror legend himself, who is of no such thing in this universe. He is, however, a very successful and humble business owner. He gladly showed us around the store and picked out a few of his favorite titles from his enormous collection.

One such title was A Reverend on Elm Street, which featured a reverend named Pasquale Mancini on the cover. Upon closer examination, the synopsis indicated the film was centered on Mancini’s character performing a series of miracles on Elm Street with his assistant, Frederick Kluger, granting people their wish to dream and communicate with lost loved ones. It honestly sounded rather moving.

Another title he showed us was Miracles of the Dead, which Romero explained was his favorite title in the store. Interestingly, the film was directed by Uwe Boll, who unfortunately appears to be a filmmaker here too. No, the movie wasn’t about flesh-eating zombies but rather about a group of chefs trying to bring back to life faithless people who have died in hopes of making them believers. What’s with the people on this planet and their religious interests?

Anyway, much to O’Connell’s discontent, not a single title that could even be remotely construed as horror-themed was found, which triggered him to flip over a table and waste our delicious soup. His behavior was rather perplexing to Romero, who seemed to be observing this kind of event for the very first time in his otherwise peaceful life.

At press time, O’Connell was seen desperately running towards the vortex that was bringing us back to our dimension and screaming for us to wait for him. As the distance got further and further stretched between us, the dimensional gateway finally closed and left that poor fool behind.