Thank goodness for this wonderful and mysterious hero. 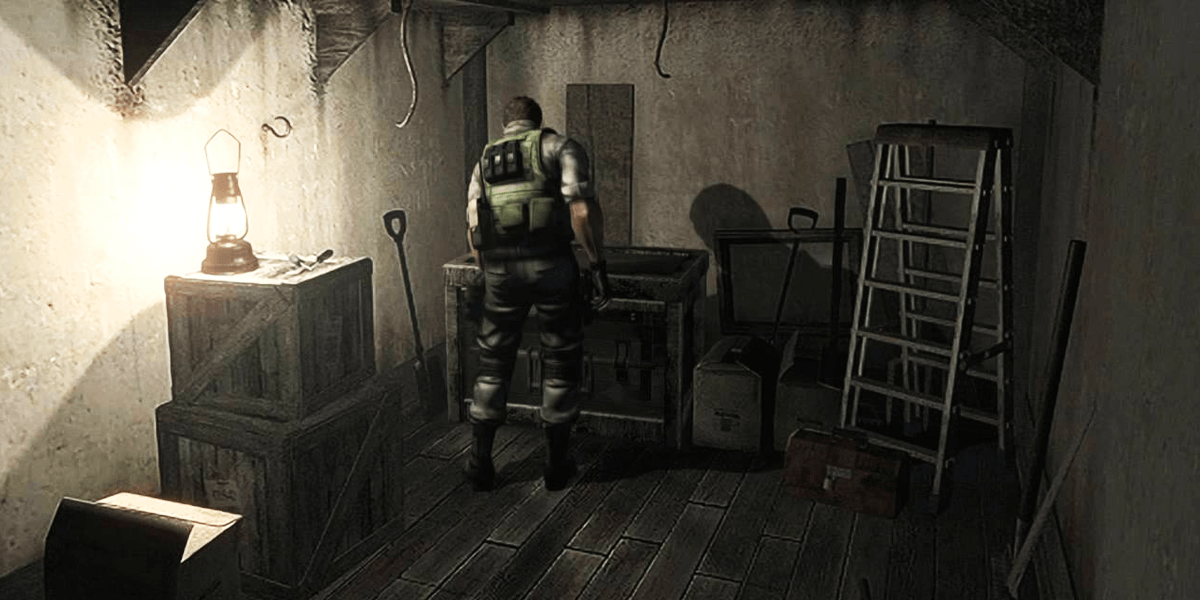 Protagonists Chris Redfield and Jill Valentine are very grateful for whoever keeps hauling around the same item box for them and conveniently placing it in safe rooms throughout the Spencer Mansion.

“God bless this individual,” mentioned Redfield, who was treating some wounds with a first aid spray he lifted from the box. “This must get very heavy. I keep throwing in anything I don't need like this survival knife, broken shotgun, and all of these extra grenade launcher shells.”

The S.T.A.R.S. Alpha Team member showed us around the space, which he inexplicably called the “save room,” and it honestly looked quite cozy. The ambience of the room was lifted with a tasteful piece of music playing in the background, which we couldn’t locate the source of. Just as Redfield started hammering out something on a typewriter, Jill Valentine walked in and began shrieking about some serum she needed for a poisoned comrade.

“Richard was poisoned by a giant snake,” she shouted, first stopping at the item box to drop a few things in order to make room in her seemingly invisible bag for the serum. As she started mixing chemicals, we pressed her for information on who could possibly be moving this item box around.

“Look, I have no idea who’s moving that thing," she said. "But we could use a strong man or woman like them back at the station. We’ve just placed an order for 10 massive desks and the cost of delivery is completely absurd. If you happen to see who it is, mention that we’d like to hire them for the job of hauling those desks through numerous corridors and up a flight of stairs to our second floor office.”

Valentine then hurried out of the room as Redfield started setting up for a quick nap on the bed. He kicked off his boots and slipped under the sheets. Clearly, this guy is not concerned at all for this Richard fellow. “Ahhhh,” he sighed, as he snugged the sheets just up below his chin and plopped his head on the dusty pillow. He started snoring shortly thereafter.

Unfortunately, we are not any closer to finding out who this heroic individual is and if you’ve seen anyone dragging a very large item box around, please reach out to us immediately.

We are also saddened to report that Valentine was unsuccessful in saving her poisoned comrade, due to not mixing a single vital ingredient into the serum while she was speaking with us. We assume no wrongdoing in this matter.