The embattled Dr. Loomis thought “everything checked out” with patient Michael Myers. 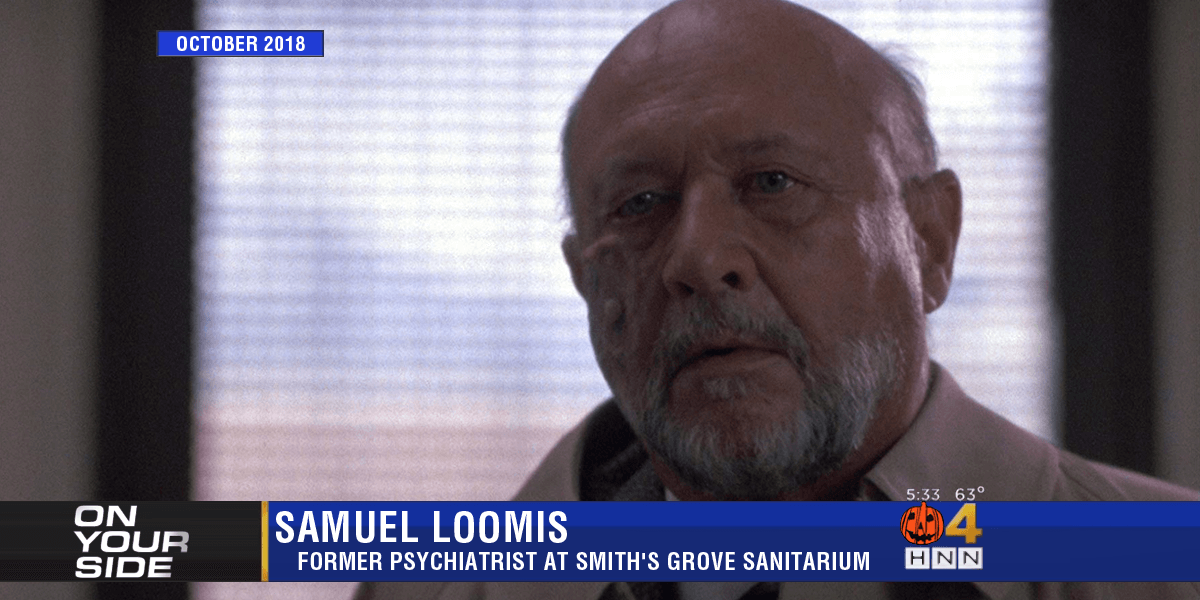 Smith's Grove Sanitarium psychiatrist Dr. Samuel Loomis recently came under fire for releasing a violent psychopath from his care following a less-than-thorough examination of the patient’s mental state. Michael Myers was committed to the facility after murdering his older sister and promptly put under the watch of the veteran doctor with a penchant for trusting his instincts. Unfortunately, those instincts gave him the totally wrong idea with respect to evaluating this particular patient.

“I thought that everything checked out,” Loomis explained at a press conference following Myers’ return to Haddonfield, IL and his subsequent multiple-victim massacre. “I went through all of the tests and something in my gut just told me that there was good in him and he surely could not be a repeat offender. I thought he deserved the chance to get back into society and live a normal life.”

Almost immediately following his release, Myers proceeded to return back to his hometown, where the original murder took place, and embarked upon a relentless, bloody crusade to cover its streets in the blood of his victims. The killer’s body count was sky-high as he stalked victim after victim with a blank, emotionless expression, according to multiple witnesses, never uttering a word with seemingly no conscience or understanding of his brutal actions. Myers exhibited telltale signs of deep-rooted psychological trauma that Loomis apparently completely missed in his brief examination of the patient, leaving the medical board no choice but to revoke his license to practice until further notice.

How Loomis could have missed these warning signs is anybody’s guess but the price for his misjudgment was paid in the lives of several innocent Haddonfield residents, who had plenty of reason to place their trust and faith in a society that should take care of its mentally ill and protect the rest of the population from those who could do them harm. Instead, thanks to this psychiatrist’s medically-unsubstantiated “gut feeling,” there are mothers, fathers, and even children whose futures have been cut short due to this killer being released when he should have remained under permanent observation and treatment.

Loomis filed an appeal in order to request reinstatement but that effort was reportedly denied by the medical board after a very short hearing. There is an ongoing police investigation into whether or not this misdiagnosis could be considered criminal malpractice and charges may even be pending if the investigation turns up any sort of extreme negligence or malicious intent on the psychiatrist’s part. We’ll have more on that front as it develops.

At press time, Myers was reportedly locked into a fateful battle with a local woman who proved she was more than a match for his relentless brutality.