Mind-Blowing: This Elderly Male Actor is Playing a Younger Female Character in Suspiria

It's incredible what they could do with a little makeup nowadays. 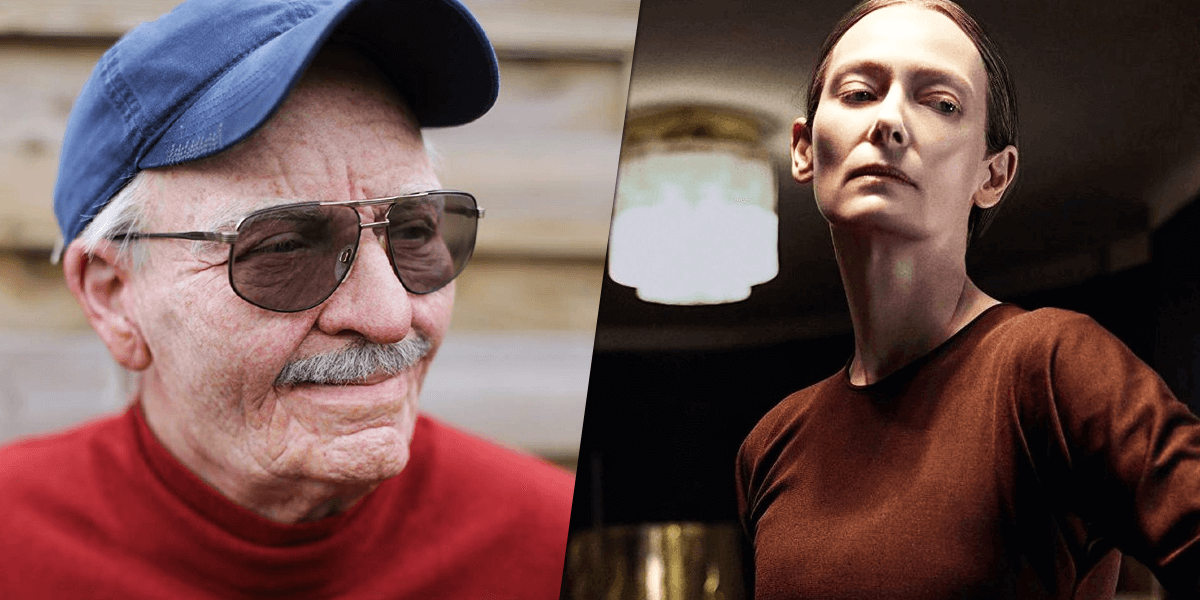 Suspiria director Luca Guadagnino has been hard at working addressing various rumors and speculation about the casting in his upcoming film, which is a fresh, new take on Dario Argento's 1977 classic. Today, we have good reason to believe that at least one of these casting rumors are true. Prepare to have your mind blown as we unwrap the mystery behind Madame Blanc.

The rumors began with the first teaser trailer for the film and ramped up from there as new photos and eventually a full theatrical trailer made their way out to the general public. Keen-eyed fans began to notice striking similarities between the character of Madame Blanc, who is mysteriously credited to a completely unknown actress from London, and famed German actor Lutz Ebersdorf.

Although Guadagnino has insisted that there is no trickery going on in the casting or credits, things just weren't adding up to those who continued to dig deeper into this mystery. To break it down for those who aren't following, the role of Madame Blanc is credited to an actress named Tilda Swinton, if such a person even exists, and that so-called actress has no other movie credits to her name.

Are we expected to believe that Guadagnino found this actress on the street and tapped her to play a major role in his next movie? We're inclined to say no, as even her biography looks phony. This story just doesn't add up no matter which way you look at it.

A more plausible explanation is that Guadagnino is keeping his lips sealed to avoid spoiling a major reveal that will happen in the film -- that the true identity of Madame Blanc is, in fact, Ebersdorf's character, Dr. Jozef Klemperer. Although this theory is looking to be spot-on at this point, the director is continuing to stick to his story and insists that the rumors are simply not true.

When asked about the casting of an unknown actress for a major film role, Guadagnino pointed to other movies in which he did the same thing. "I always like to cast people that are not necessarily actors," he explained. "If you think of Call Me by Your Name, I asked this lady that I saw bicycling in the countryside, Vanda Capriolo, to play Mafalda, and now she plays a role in Suspiria. I like to think out of the box."

One might also consider casting an elderly man to play a younger woman is also thinking outside the box, but Guadagnino stood firm when directly asked about whether there might be a surprise reveal in store for the character of Madame Blanc. "No, no. It’s Tilda Swinton," he denied. "There was all this talk about Lutz playing the role and it came out of nowhere and I don’t know why."

Perhaps Guadagnino underestimated just how astute passionate fans might be in unraveling what he surely believed would be an epic and surprising reveal. If these rumors do indeed prove to be accurate, and we believe that will be the case, it's a true testament to not only the makeup and practical effects team of the movie, but also to the incredible acting range of Ebersdorf, which was never really in doubt.

Perhaps a first-time actress such as Swinton really is part of Suspiria, but it seems far more likely that the legendary Ebersdorf is pulling double duty and secretly playing Madame Blanc as well. It truly is mind-blowing how the actor, who already has an impressive resume under his belt in his long and illustrious career, could look 24 years younger and play a female character without anybody other than the most eagle-eyed fans catching on. Talk about amazing!