He’s not saying he was the killer, but if he was, this is what he’d have done. 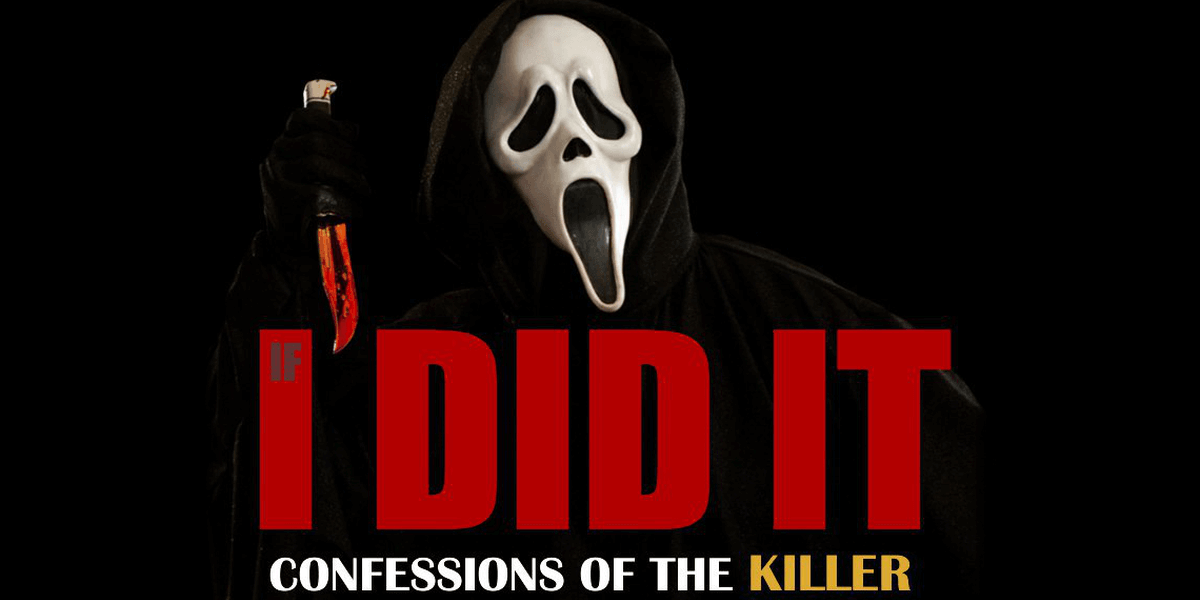 Over twenty years have passed, but the world has not forgotten the sensation surrounding the case of Billy Loomis, who was acquitted of the murders of several Woodsboro High School students. The trial went on for a total of 11 months and it finally reached its conclusion when the prosecution asked Loomis to try on the Halloween mask he would have worn to commit the murders.

The problem was the mask did not fit properly at all. This convinced the jury that he could not have committed these heinous crimes if the mask he would have worn did not fit him. Within 24 hours, Loomis was unanimously declared innocent and walked away a free man.

Since then. Loomis has willingly appeared in several documentaries and written a few books of his own about his ordeals. He presently lives a peaceful life in harmony with nature somewhere in the outskirts of Colorado, thanks to a hefty family inheritance and profits from his works and appearances in the media.

After several years of silence, Loomis recently emerged from the shadows and surprised his social media followers with an announcement about his new book, titled If I Did It: Confessions of the Killer. Have a look at the book cover below. 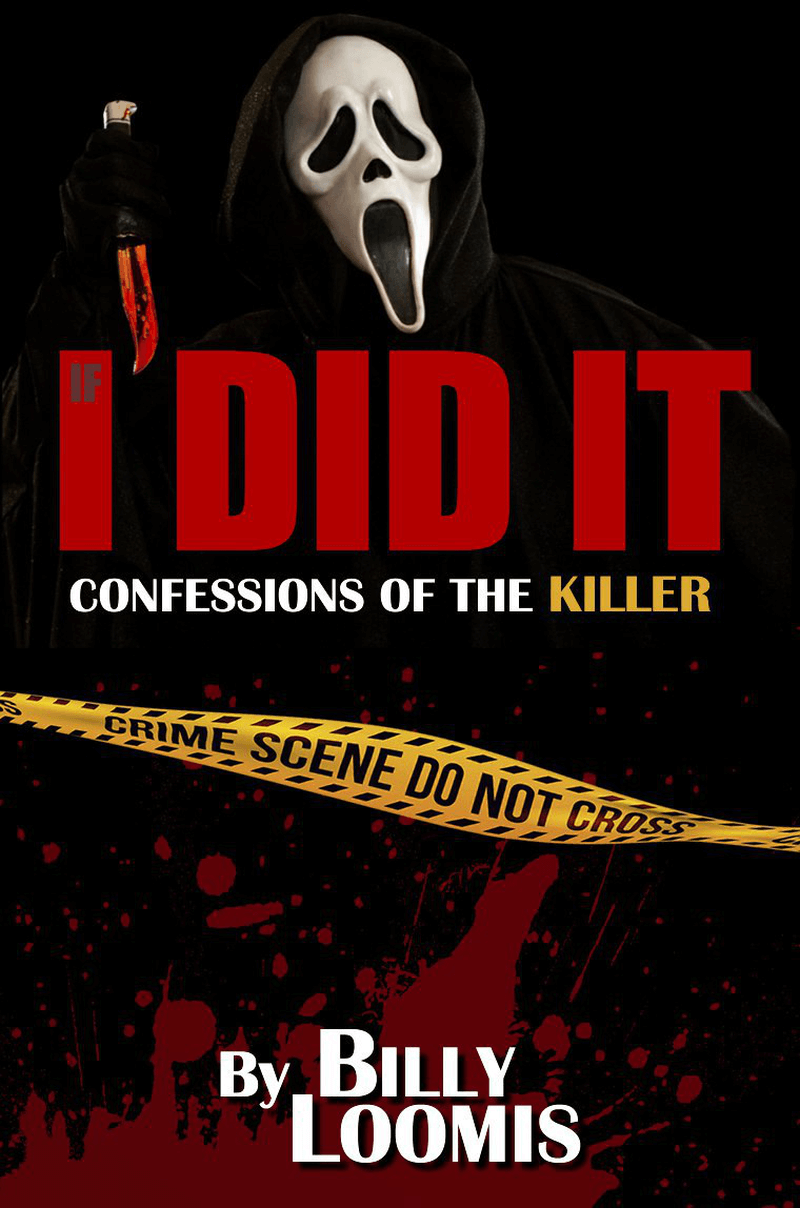 “I’m not saying I’m the killer but hypothetically, if I was, this is how things would go down,” explained Loomis in a recent interview. “I find it hilarious how people still believe I murdered my schoolmates and that’s where the idea for this book came from, which simply entertains the thought of me as the killer, which I’m not.” After reaching out to Loomis directly, Dead Entertainment was able to obtain several exclusive excerpts from his new book. Check them out below.

Casey Becker was your ideal dream girl in high school. Everybody knew her, and everybody wanted her. She was a cute blonde with big knockers, and rumor had it she was the type of girl who’d get real nasty under the sheets for the right kind of guy. It was indeed a real shame that she had a boyfriend all through high school, who was some football loser named Steven Orth. So, I took care of that obstacle and disemboweled him, which that bitch witnessed through the last flicker of life in his eyes before he’d succumb to his injuries.

I thought I’d be ballsy and ask Casey out on a date the night before, but she outright rejected me and made several rude remarks afterwards. I was still infuriated about that after murdering her boyfriend, and maybe I overreacted by killing her too when I pierced her heart with my sharp knife. She screamed and tried to escape my clutches, so I just continued to stab her in an explosive fit of rage. If I just waited a day or two to cool off, maybe Casey would still be alive today and I could have had another stab at stealing her heart.

Nobody really likes the principal in high school, and if you do you’re either some kiss-ass or a complete dork. Mr. Himbry was a wannabe cop and would go around daily looking for kids breaking the rules. You can just forget about hanging out under the stairwells, chewing gum, going to the washroom when you didn’t have to go, or trying to figure out the digits of your buddies combination lock - Mr. Himbry was always there and watching. Even if you were convinced you escaped his field of sight, he’d just come barging in like a mad dog and demanding to know what you were doing.

Well, one day I just snapped and had enough of his shit. I took my frustrations right to his office and stabbed him multiple times in his lower torso. It was quite satisfying to see the dumb look on his face when he plopped to the ground and laid there motionless. It made me smile to see him wearing that smiley face tie he liked to put on a lot, which was now covered in his own blood.

Ah, my ex-girlfriend Tatum Riley. She had a big drinking problem and plummeted our relationship into ruins because of it. It’s really all her fault and I shouldn’t have put so much effort into trying to fix things. The icing on the cake was when she slept around on me with Stu Macher. I never knew what she saw in him, since all he’d talk about was horror movies and death. Lovely fucking guy you picked there, Tatum. That’s why I had to slit his throat and then come for you at that house party you wouldn’t shut up about.

As you arrived in the garage to grab a total of 5 beers for yourself, which didn’t surprise me in the slightest, I thought I’d just snap right to business. As I expected, you totally fell for my lighting trickery and after I revealed my presence to you, you attempted to push through the exit door behind me. That’s when I grabbed my knife and showed you who’s boss. After putting up a bit of a fight and completely wasted several beers by throwing them at me, you made one last attempt to flee through the cat flap of the garage door. Big mistake. You got stuck and presented the perfect opportunity for me to end your existence, which I gladly took advantage of. With a push of a button you headed to the top and the barrier snapped your neck.

Coincidentally the description of these hypothetical scenarios accurately matches forensic evidence and eyewitness accounts of each of the murders. It’s likely that Loomis is simply providing his readers with accurate details and the only real spin on the story is he’s the killer, instead of the real culprit who remains at large all these years later.

All the evidence seems to point to him being the killer otherwise, except for the mask that didn’t fit. Nobody would buy himself a smaller-sized mask and that fact destroys any credibility of theories one may have about him being the culprit. Loomis is innocent and he didn’t do it, but if he did, he just wants people to know his version would coincide precisely with police records of the events.

At press time, Billy Loomis was celebrating his latest book being added to The New York Times Best Seller list. He poured himself a glass of red wine, sat on his porch, and chuckled quietly to himself.