There is not much of an upgrade available for these men of the sea. 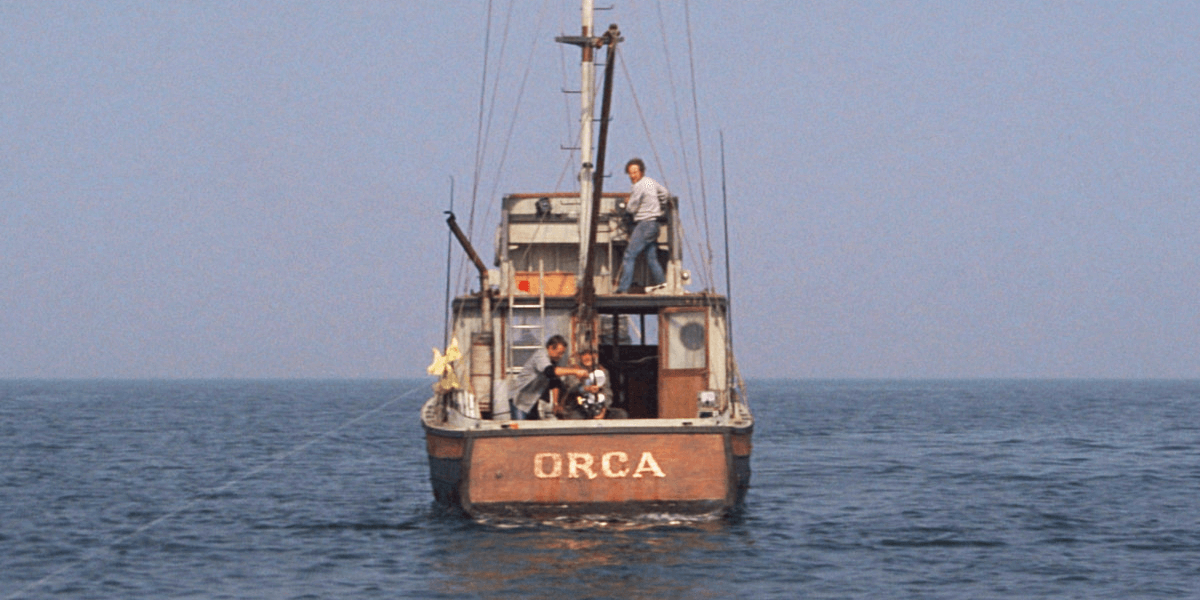 Local fishermen Martin Brody, Matt Hooper, and Bartholomew Marion Quint have spent the weekend following their angling passions out on the open ocean, hoping to land the big one. Unfortunately for these salty old men of the sea, they were successful. After chumming the water in hopes of attracting bait fish, the trio instead got the attention of a monstrous great white shark they began to refer to as Pee-wee. The 20-or-25 foot beast began to swim menacingly around the boat, a humble lesson that one should always be careful what they wish for.

When Brody first spotted the shark, he knew they were all doomed and would likely never make back it back to shore if Pee-wee had anything to say about it. The other fishermen were not yet aware of the great white's presence, but Brody quickly rectified that with an ominous warning. "You're gonna need a bigger boat," he admitted to Quint in a grim tone foreshadowing the futility of their efforts.

The problem, as the three fishermen quickly realized, was that there was no bigger boat to find. They were out to sea in the Orca, the largest seafaring vessel to ever cut through the waves, and the only one out on the water anywhere in the ocean at that time. "What do you mean, a bigger boat?" Quint retorted, pointing his finger angrily towards Brody. "We've already got the biggest boat there is!"

"He's right, you know," added Hooper, not really helping the situation or adding anything constructive. "It is impossible for us to acquire a bigger boat when we already have the biggest boat." Meanwhile, Pee-wee continued to circle the ship with malice, almost with an air of impatience as the three fishermen squabbled over the logistical barrier preventing them from dealing with the situation at hand.

Many men had tried to build bigger boats, but none were successful. Every venture to build a bigger boat was a fool's errand and failed miserably, as none of the ships could stand before the Orca without trembling and capsizing. This mighty vessel was the biggest boat there was, yet when facing the bloodthirsty predator Pee-wee, still-circling indignantly, the crew was out of options and would likely die.

At press time, the shark was still circling the biggest boat, unsinkable and rumored to be utterly impregnable. The coast guard was ordered to steer clear of the area because all of their boats were smaller and could not help in any way. The men all perished but the Orca sails on.