Here are some amazing facts about this cult-classic action film! 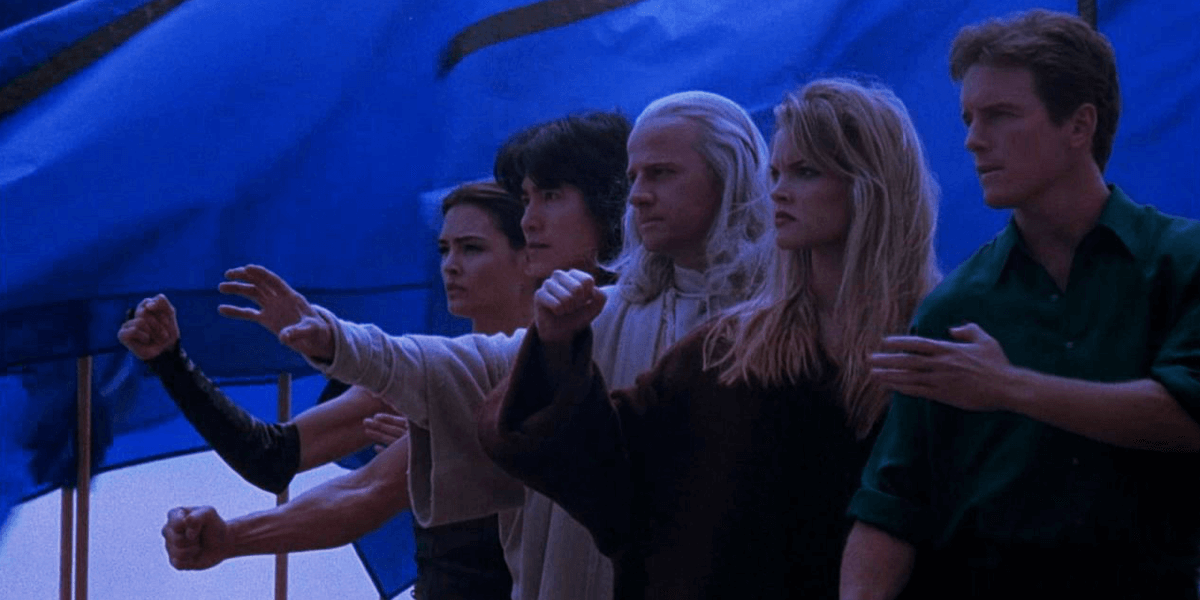 Paul W. S. Anderson made a name for himself when he directed the 1995 cult-classic action film, Mortal Kombat! We put an exclamation mark there because you totally heard the film’s theme song in your head as well as the part where that shaolin monk shouts “Mortal Kombat” in the track.

Anderson made a lot of money on this film, which he saved up to ruin the dreams of fans of another popular video game franchise about 7 years later. At least he was smart enough to steer clear of directing that dreadful Mortal Kombat: Annihilation sequel, right? Alright, so let’s get started and present to you 5 things you probably didn’t know about Mortal Kombat! 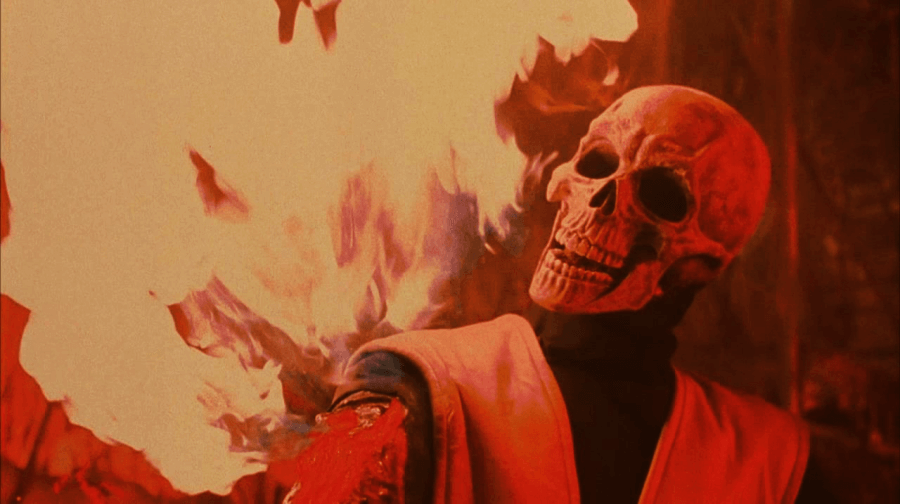 One of the best parts of the entire movie turned out to be, much like the scene in question, an absolute nightmare for director Paul W. S. Anderson. This unfortunate moment happens when Scorpion unmasks himself to his opponent Johnny Cage and attempts to roast him on fire. The problem is that Scorpion clearly turned into Ghost Rider for unexplained reasons that left audiences in shock.

Based on the Blu-ray commentary for the film, Anderson really wanted to do a Ghost Rider movie and when his screenplay for it was outright rejected, he thought he’d throw some shade and include him in Mortal Kombat. Well, the creators of Ghost Rider were not very pleased and promptly sued Anderson following the film’s release for his unauthorized use of their character. According to sources close to the case, Anderson lost and was ordered to pay a several hundred million dollar fine, which he is still paying to this day. 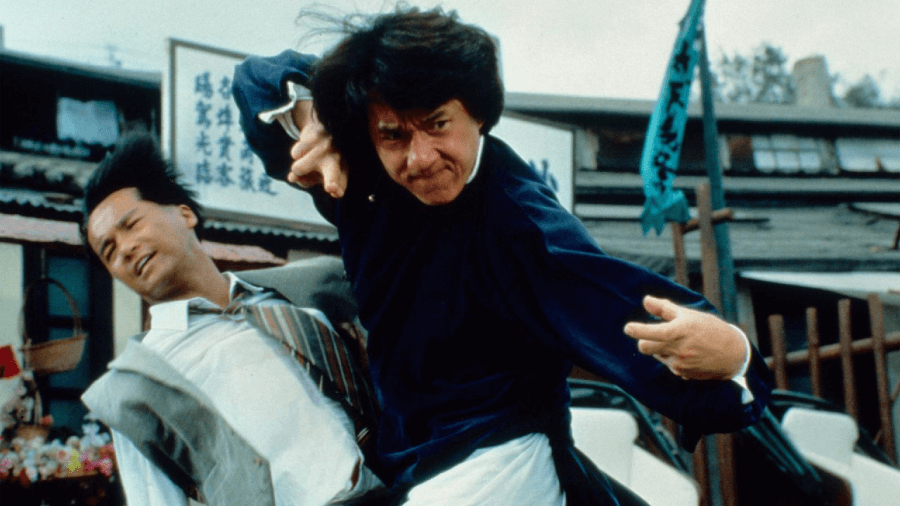 Before Jackie Chan would eventually make his break in Hollywood with the film Rush Hour, he was originally cast as Liu Kang in Mortal Kombat. After the first day of filming was completed, Chan got acquainted with actor Cary-Hiroyuki Tagawa, who played Shang Tsung, as they were working closely together on several scenes. As a gesture of kindness, Tagawa invited Chan for a drink in his trailer. Little did Tagawa know that Chan was a recovering alcoholic and recently fell off the wagon after he finished up his previous film, The Legend of the Drunken Master.

After a couple hours, the film's crew reported hearing shattering glass and shouting coming from Tagawa’s trailer. Security footage captured Chan launching Tagawa out of the door and performing a combination of Liu Kang moves on him. In an effort to intervene, actor Trevor Goddard, who played Kano, tried to stop Chan and ended up getting kicked in the face, which ultimately destroyed his right eye. This is the real reason why Kano looks the way he does in the movie with the metal plate and red eye, as the crew scrambled last minute to include it as a prop to cover up his injuries. Both Tagawa and Goddard were hospitalized for a few days and Chan was immediately fired. 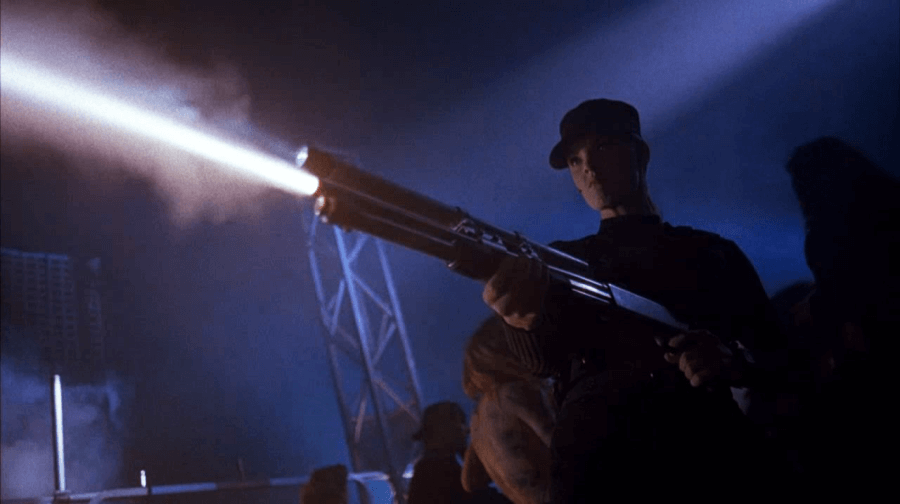 3. Sound mixer was really pleased “fucking bitch” ended up in the movie

When we are first introduced to Sonya in the film, she’s pushing her way through a crowd of ravers who are head-banging their way through “What U See/We All Bleed Red” by Mutha’s Day Out. These guys are obviously up to no good because Sonya is shoving and bashing random people in the face. Anyway, if you listen closely to the music you’ll hear several "fucks" and “bitches” dropped throughout the scene.

Steve Nelson, the sound mixer for this PG film, was apparently quite ecstatic when he watched the film in theaters and whispered over to a random kid next to him to ask whether he heard this gloriously-hidden Easter egg. In fact, Nelson’s career would lift off thanks to his work on Mortal Kombat and he’s continued his vulgar language trademark in every single movie he’s worked on. Listen closely the next time you watch some of his other works, such as X-Men or Doctor Strange. 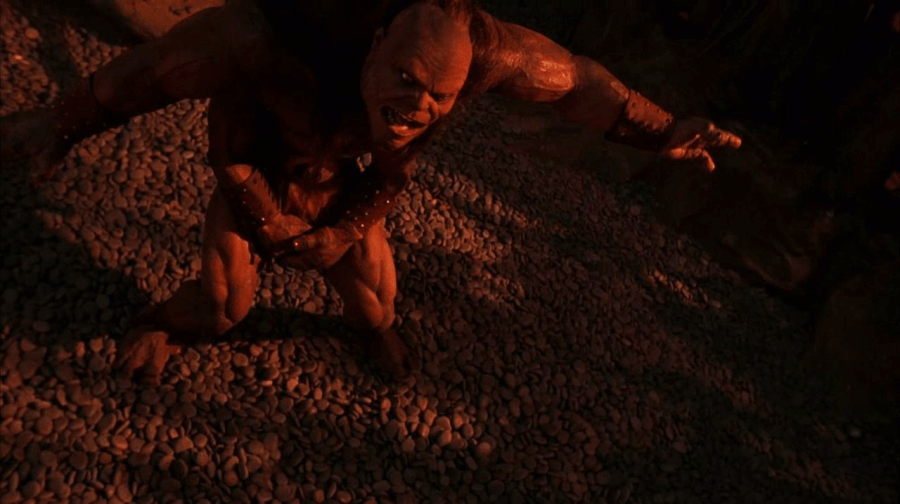 Goro has four arms, so it’s quite reasonable to conclude he also has four huge testicles. His fundoshi wrapped it up tightly, but we’d wager if he would have disrobed and displayed it in its full glory, he’d put any man’s package to shame. Remember that scene where he’s chilling with Kano at a table filled entirely with various exotic foods and chowing down on a drumstick? Big balls actually cause Goro to have a huge appetite, which is not something he likes talking about.

As a result, he attempted to shoo Kano away from the table by calling him a disgusting pig. In another scene, he gets smacked in the nuts by Johnny Cage and unfortunately his huge balls greatly reduced his recovery time to retaliate. It might also explain why Goro moves about so slowly, as any man with a sack like that would definitely have trouble getting around at a normal pace. Poor Goro. Why didn’t anyone understand his situation in this movie and give the man a fair chance? 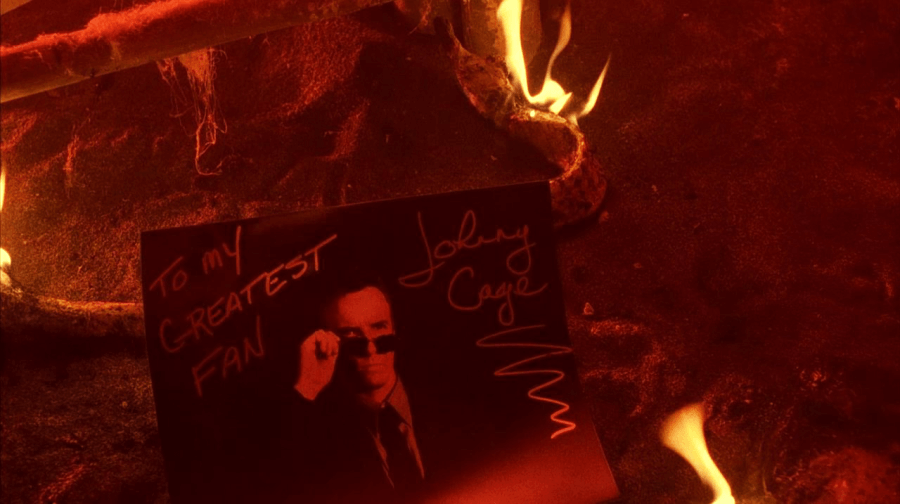 This anonymous person must be Johnny Cage’s greatest fan, as they had reportedly sold their family home in order to acquire the money to purchase this famous film prop at auction. According to our trusted sources, this person had evidently ruined a marriage over the acquisition of the prop and their children were taken into legal custody by the opposite parent.

They also swiftly purchased thousands of dollars worth of various memorabilia from the Mortal Kombat franchise in one massive swoop, which only added fuel to the fire. It is evident that their priorities were greatly mismanaged. At least they still have their prized photo of Johnny Cage to keep them company. This person really is the greatest fan.

Well, there you have it. Did you know any of these amazing trivia facts for Paul W. S. Anderson’s Mortal Kombat? We’ve had people disagree with a few of these and we challenged them to a fight over it. At press time, these detractors were rotting in a spike-filled pit with other Mortal Kombat contestants.