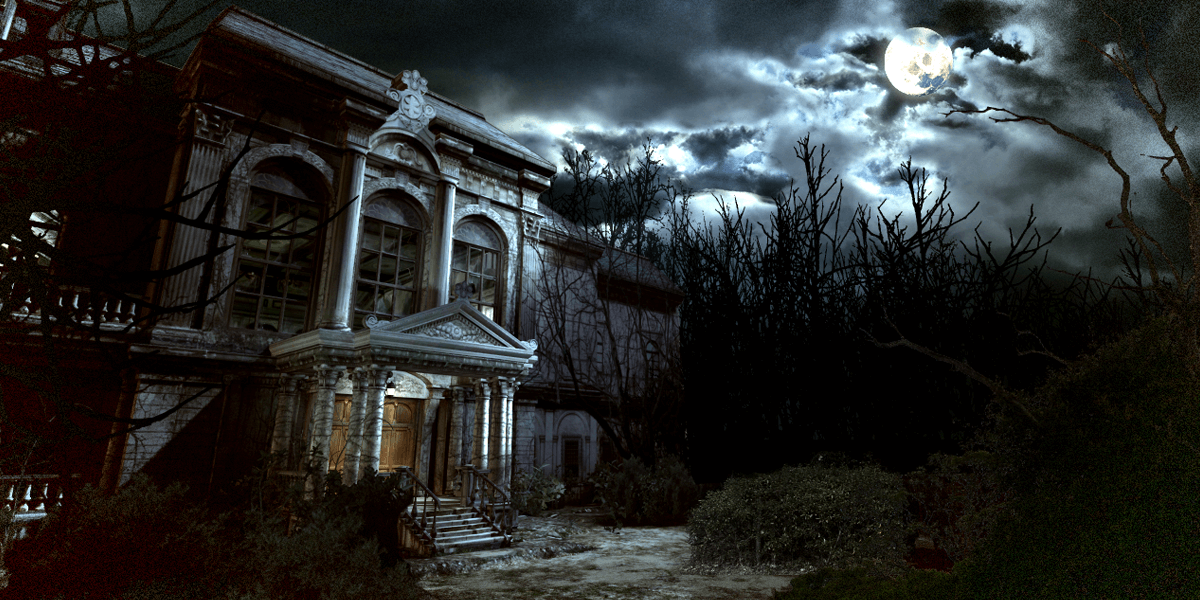 RACCOON CITY - Our favorite house hunters are back for a brand-new episode, taking them to the outskirts of Raccoon City to check out another foreclosed property in desperate need of new owners. Within the Arklay Mountains lies the Spencer Mansion, a quiet and remote property built in 1967 for famed scientist and pharmaceutical company founder Oswell E. Spencer. The elaborate mansion was designed by New York architect George Trevor and took 5 years to complete.

Today, the mansion still stands but is overshadowed by an infamous past and numerous foreclosures since the collapse of the Spencer family's pharmaceutical empire. None of that has stopped our real estate hunters from jumping in, hungry to make a profit. "This is a great opportunity," series star Pat Sullivan explained. "It's not every day you get a chance to flip a property like this."

Joining Sullivan are fellow property moguls Brian Hamilton, Michelle Goldman, Darlene Paton, and Andrew Fisher, all eager to get inside this mansion to see how much work there is to be done and how much profit there is to be made. When it was time for our house hunters to enter the mansion and get to work, the sounds of howling could be heard from the surrounding forest.

The splendor of the mansion was noticeable almost immediately upon entering the main hall, from the grand staircase above to the chandelier and other decorative pieces. The stars of the series split up and went right to work, talking among themselves and assessing the property to work out their bids and see who would come out of here making the most money.

Unfortunately, the season premiere of this series would also serve as the finale, as a number of incidents took place during filming, which has introduced certain complications to continuing the show without some of its stars. Hamilton, known for being the smug and foul-mouthed member of the cast, first came across one of many locked doors in the mansion requiring a knight key.

"How the hell do they expect us do our jobs here?" he asked, not really expecting anybody to have an answer. "I have to track down this sword key if I want to check out these other rooms." After wandering through a strangely-designed corridor, he found himself in a room full of suits of armor with a button in the middle. Naturally, he pressed it and ended up trapped as poisonous gas filled the room.

Tragedy struck as the TV crew could not get the locked door open in time to save Hamilton, but that was not the only unfortunate incident to take place during this episode. Among the puzzling design decisions built into this mansion was a small room with a falling ceiling trap. Series regular Fisher found himself stuck there, but Goldman, long rumored to be in an off-screen relationship with him, managed to pry the door open in time for him to make it out unscathed. "You were almost an Andrew sandwich," she joked, making light of the close call with a hint of relief.

The relief did not last long as Goldman found herself in a long hallway of paintings where a murder of crows took up residence. She was later found unresponsive with numerous puncture and flesh wounds when the crows attacked after she pressed a button near one of the portraits. Sadly, much to the peril of those producing the TV show, Goldman and Hamilton were not the only stars to meet a grisly fate this day.

Sullivan played it safe during the episode, opting to check out the grand dining hall and rooms immediately surrounding the main entrance. "First impressions matter," he told us. "If I'm going to get a buyer in here, this is where they will spend most of their time. I'm not sure why Darlene is wandering around the courtyard back there, but she's wasting her time."

He came across trouble in a narrow passage off of the main hall when rabid dogs from the surrounding forests broke through the windows and mauled him to death. Several crew members were also lost trying to come to his rescue. We could not investigate the strangely-aggressive animals further after a producer put up a "do not enter" sign to keep others from entering this hallway. The dogs were still there barking loudly when we left the mansion.

As Sullivan mentioned before he met his untimely demise, Paton went off through the courtyard to explore another residence on the property. "I always find some hidden value these guys tend to miss," she boasted. "They are focusing on the value of the mansion alone, but I could see a lot of extra profit renting out these extra rooms. There's a lot of untapped real estate here."

Unfortunately, Paton did not anticipate the residence's current tenant, a giant, mutant plant not so eager to give up its space to a prospective buyer. She was quickly swept up by a tentacle and eaten by the carnivorous monster. Footage of this gruesome and tragic incident was captured on location, but we have deemed it too graphic to share.

Although Fisher had a close call early on in the show, he was the sole real estate buyer left standing at the end of the day. It was surprising to learn that he decided to move forward on buying this property and flipping it for a profit. "There's a lot to love about this place," he told us with excitement, before learning of the fate of his fellow house hunters. "Whoever ends up living here is going to be one happy resident."