They don’t do it at all. 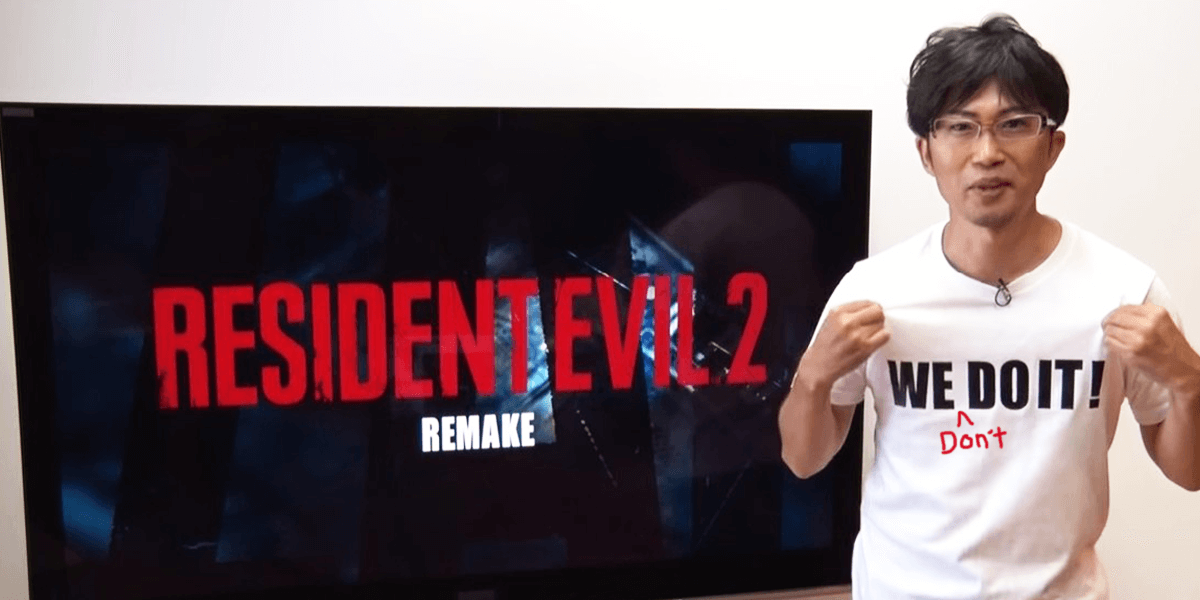 Things aren't looking too good for the Resident Evil 2 remake, if the development team's social media presence is any indication. It's time we got to the bottom of this incredibly sad situation. Judging from the photos frequently shared by the team, it does not appear that this game has progressed at all beyond the big “WE DO IT” announcement years ago by Yoshiaki Hirabayashi, the producer of this hotly-anticipated title being underdeveloped by Capcom’s R&D Division 1 team. However, it looks like the studio's failure is being kept under wraps, at least for now.

The first thing we must ask ourselves is: what has this development team been doing all these years anyway? Well, they ate a lot of food, boozed it up, played other video games, and at least one of them died. If you don’t believe us, just have a look for yourself at all these photos taken from the Capcom’s R&D Division 1 official Twitter account. 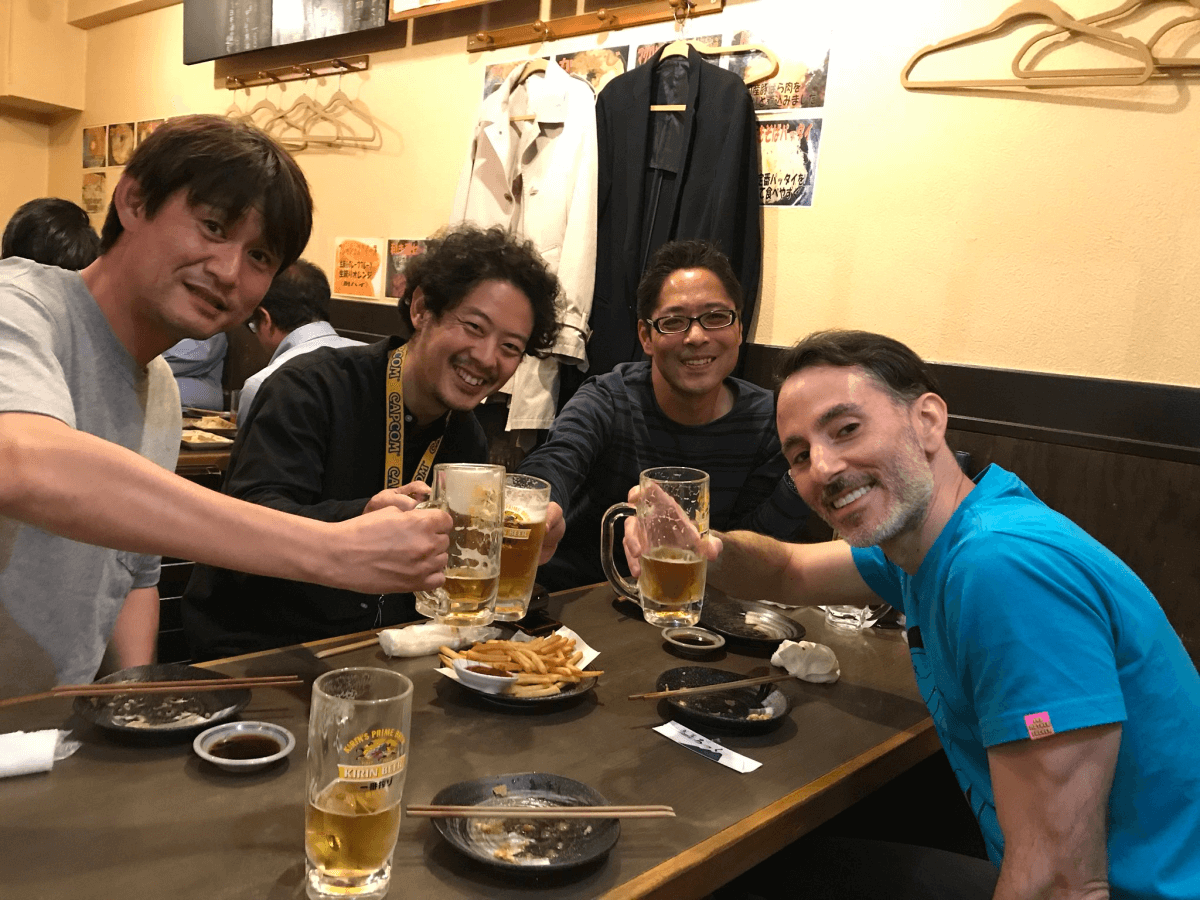 It doesn’t look like a whole lot of work is getting done here at all. They haven’t even broken a sweat from a hard day’s work like so many other dedicated game developers out there who experience that daily during crunch time. In addition, this photo doesn’t appear to have a single sign to convince anyone of any looming deadline whatsoever. What we should be seeing is bodies drenched in sweat, possibly on the verge of dying from starvation, dark shriveling faces, and nothing other than crackers and cheese being served for every meal of the day.

We can reasonably conclude that this can’t be any legitimate development team who is seriously committed to their product. This team should be working 20 hour days but it doesn't look like this crew has worked 20 minutes. This one guy with the Capcom lanyard doesn't look like he has accomplished much at all, and he might be the highest-ranking staff member there. Hell, he's even procrastinating on his beer compared to the rest of the team. Are we expected to trust these goons to finish a task as daunting as the Resident Evil 2 remake? Capcom has clearly chosen the wrong people for the job. 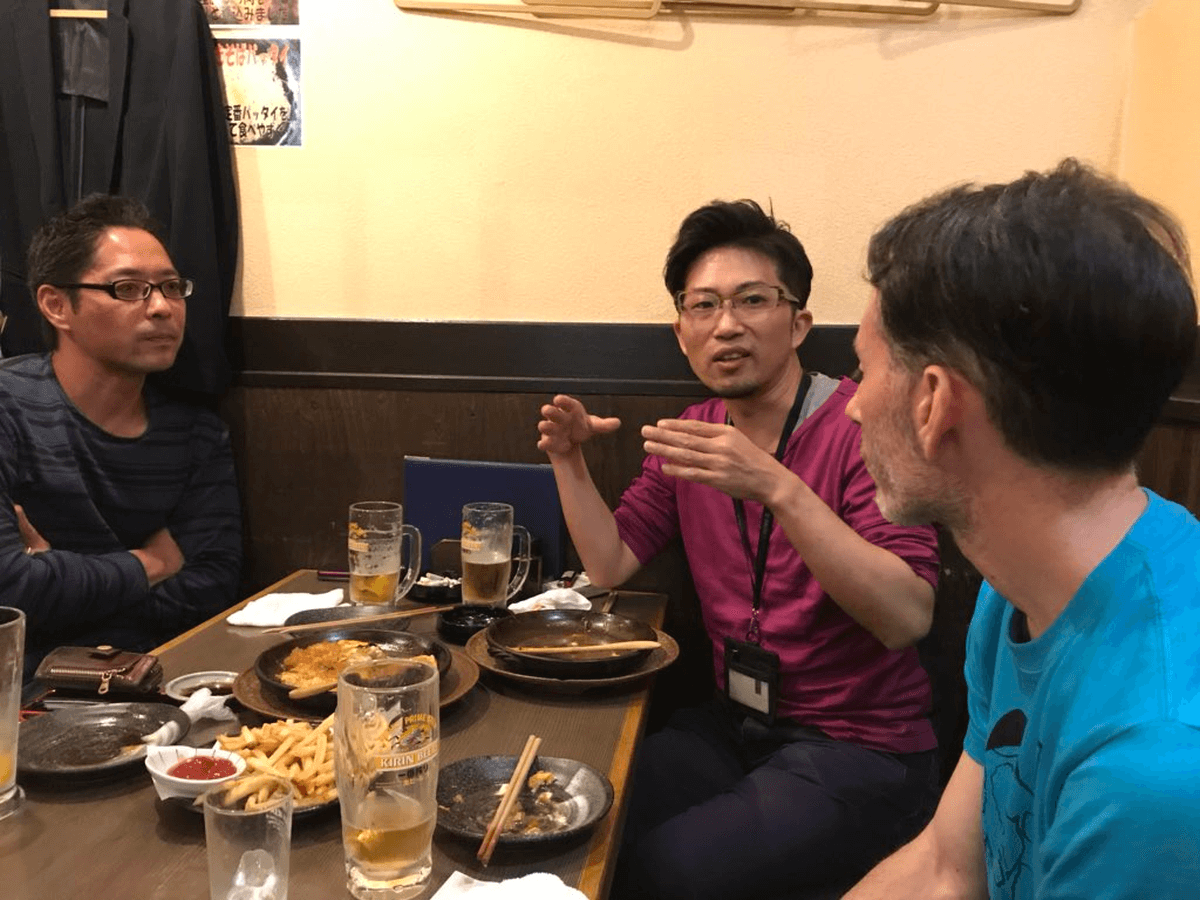 Here we have Yoshiaki Hirabayashi, who is certainly not talking about the Resident Evil 2 remake. He’s very likely talking about the new God of War that recently came out and how amazing that finished product was. Judging by the position of his hands, he must be talking about Kratos just strangling enemies to death in front of his boy. Seriously, why is this completely unjustified event allowed to continue? Aren't these guys supposed to be working on Resident Evil 2? 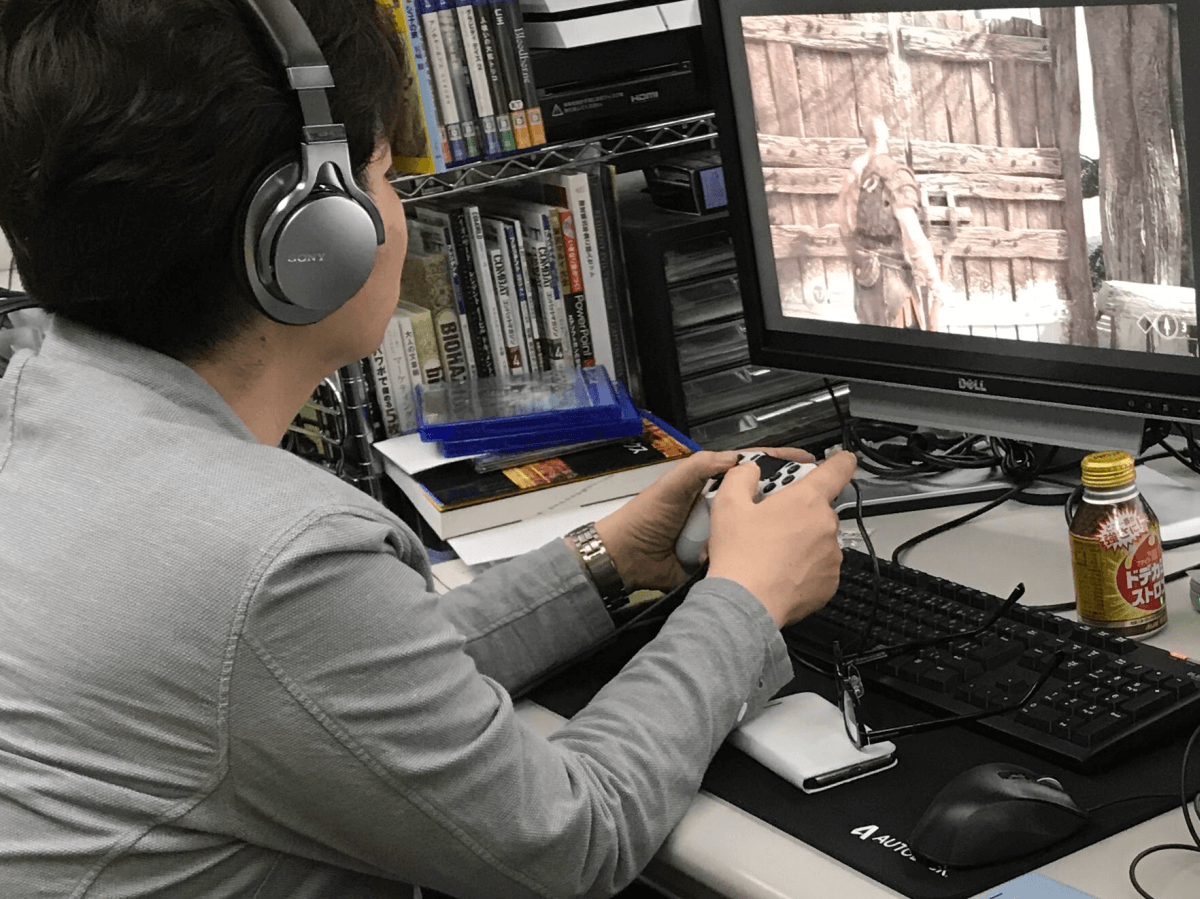 Like we said, they’ve been playing God of War instead of doing actual work on the game they were supposed to be working on. They dropped everything they were doing, which was nothing to begin with, to get their hands on this awesome game. It looks as though there’s another game piled beneath it, and if we were to guess, it’s not the Resident Evil 2 remake. Also, if you observe more closely, Bloodborne is on this guy's shelf. Another awesome finished product that these so-called game developers could only dream of making a reality while their project sits unattended. 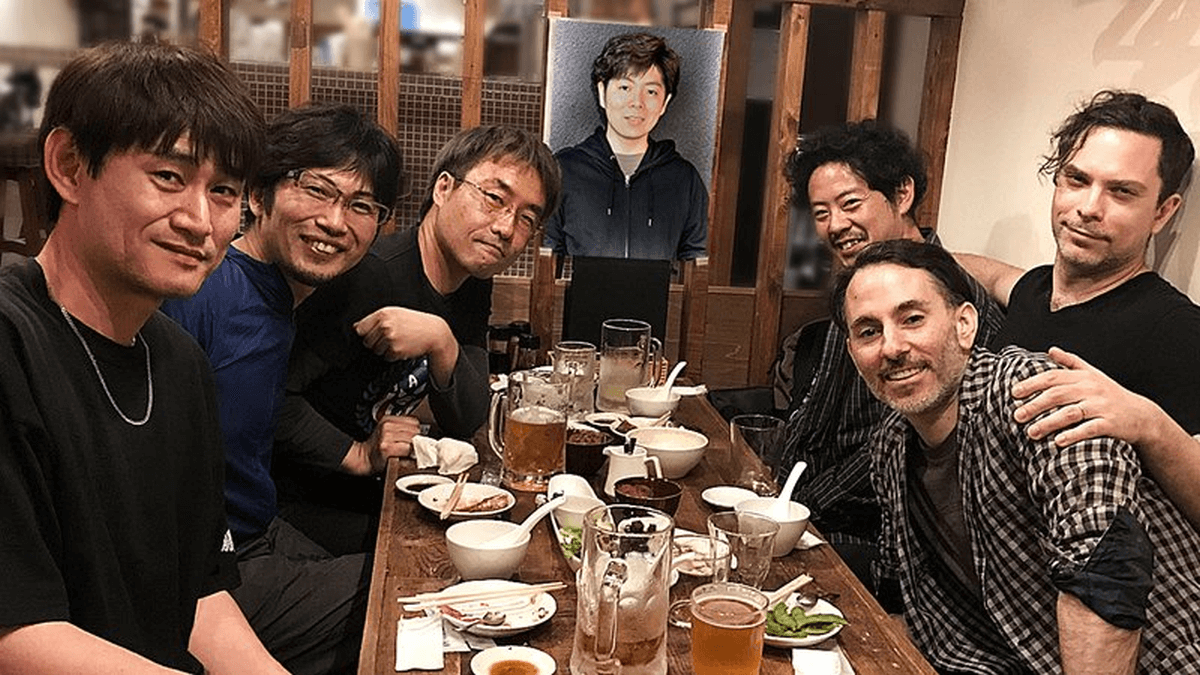 Did somebody die here or something? We think so. Everybody appears to be intoxicated and merely forcing a smile for the camera, perhaps in some kind of grieving gesture of unity. Well, except for Yoshiaki Hirabayash, who’s finally getting the dead guy’s bigger office, which is just the right temperature and also in close proximity to the kitchen where a fancy new coffee machine was installed just last week.

The R&D Division 1 team must have dumped the entire game’s workload on this poor guy who is being remembered in the above photo, which likely resulted in his untimely death. Seeing as how he was the only person who put any effort into seeing this game through to the end, all hope is now lost. Rest in peace to that hard-working developer. More importantly, though, we should also say farewell to any hopes of seeing the Resident Evil 2 remake. 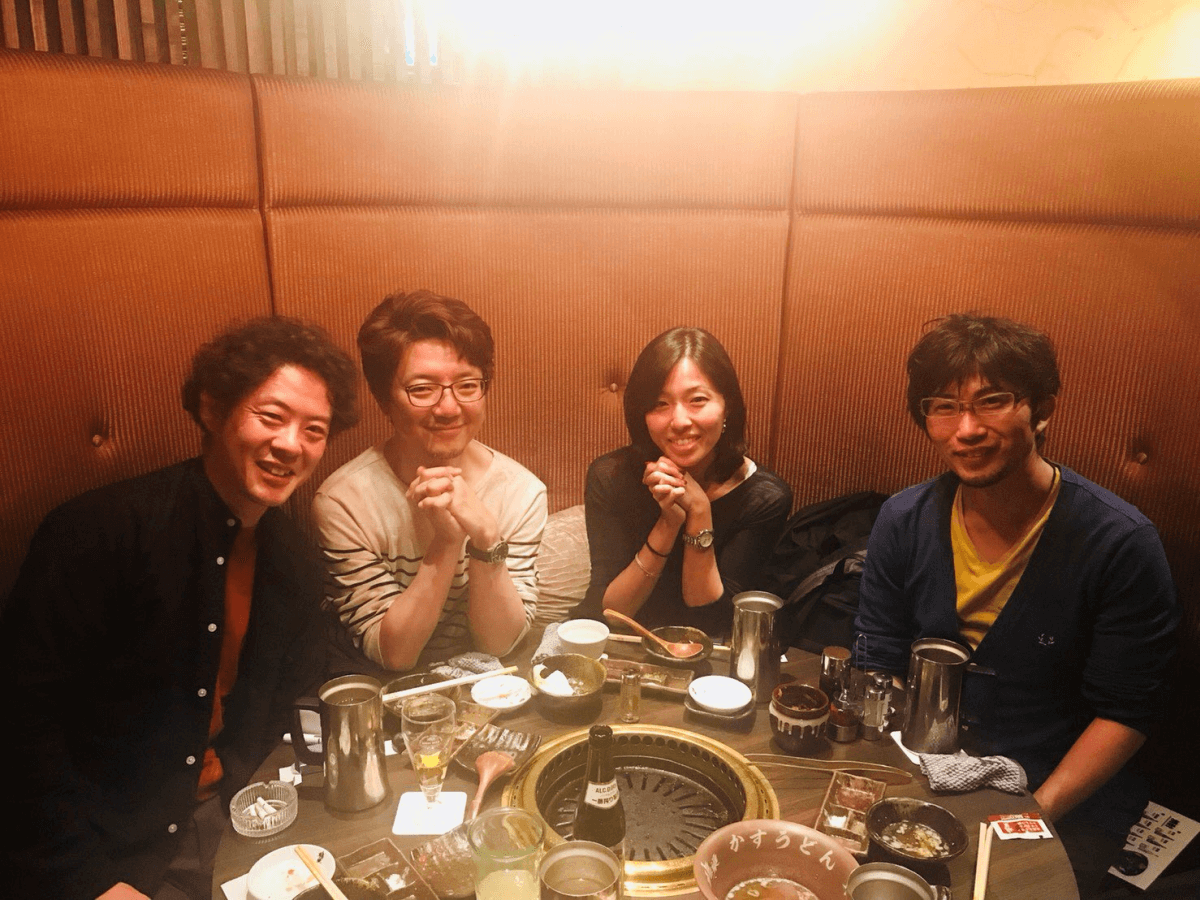 Now that we’ve clearly learned the Resident Evil 2 remake is as dead as that fallen R&D Division 1 staff member, we can take a look at the team discussing more simpler approaches to game development that might actually lead them to some kind of finished product. Perhaps they can start making pachinko games? That might be more suitable to their unreliable work ethic, but only if we can trust them enough to finish, which we don’t. Either way, we think that's just a terrible idea all around for any company who's been making games this long.

At press time, Capcom was gearing up to announce two major titles coming before the end of the fiscal year. Rest assured, though, that neither of those games are or will ever be the Resident Evil 2 remake.